Being Opened Up: The Healing We All Need 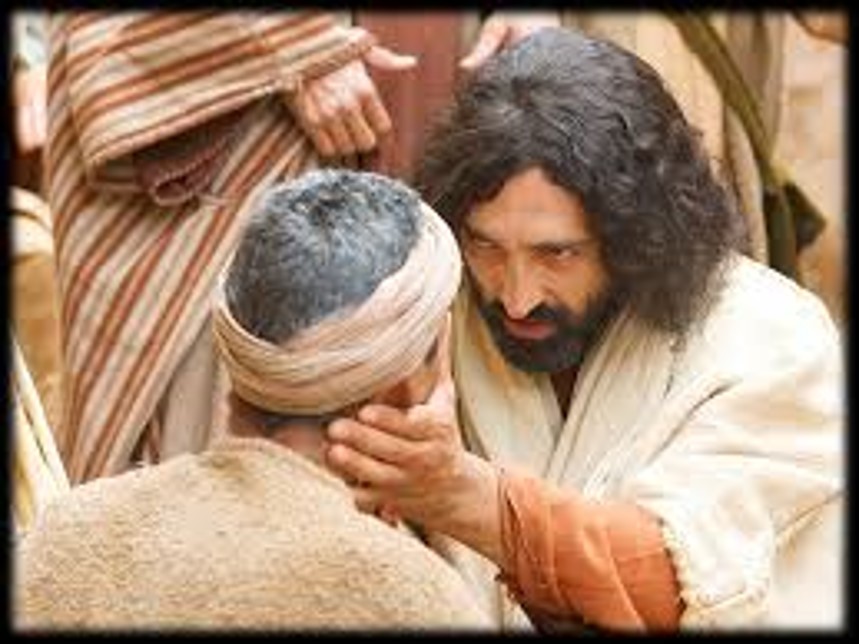 During the course of his ministry, Jesus’ ability to heal people of their bodily afflictions was the thing that drew great crowds of people to him.

This morning we have a story of one of those healings, that of a man who couldn’t hear, nor could he speak.  A little background leading up to this particular healing:  Back in chapter 5, we hear of two healings sandwiched together.  On the way to heal the little daughter of the ruler of the local synagogue, a woman who had suffered with a flow of blood twelve years comes up to Jesus with the faith that if she but touch the hem of his garment, she would be made whole.  When she touches him, Jesus experienced “power going out of him.”

The implication is that the work of healing came at a cost for Jesus.  It was, in some sense, draining.

Jesus sends his disciples out to proclaim the good news and to offer themselves as instruments of healing.   The trip is a success – they effectively bring healing to suffering people – but Jesus recognizes that they return drained, and seeking out a place for rest and renewal, he leads them away from the crowds out on a boat on the sea of Galilee.   A great crowd, however follows along on the shore, and their attempt to find solitude is interrupted as the deep compassion within Jesus is called forth from him in response to the crowd, “like sheep without a shepherd.”

In the 7th chapter Jesus lead Jesus out into Gentile territory, apparently in the hope he will be left alone.  But in the story that directly precedes this morning’s story, another person with a very sick “little daughter” – this time a Gentile – comes to Jesus to plead for him to heal her.

The sense you get is that Jesus is utterly drained – that he has hit his limit, closed down, his innate compassion blocked.  Initially Jesus turns his back on the desperate woman, explaining his refusal to pour himself out yet again to heal someone by saying he is called first to the Jewish people, implying that only later will he minister to Gentiles.  But the woman persists, showing a relentless faith, and strikingly she herself in some sense opens Jesus up – drawing forth from him the healing powers within him.

And not we come to this morning’s reading — yet another healing story, that of a man who couldn’t hear or speak clearly.  It is important o note that this healing story, along with two others involving the healing of blind men, clearly have a symbolic component.  Yes, Jesus is concerned with our physical bodies, our physical afflictions.  But our need for healing goes beyond the physical:  our spirits need healing.  The inability to see, hear or speak express a need for a deeper form of healing.

Listen for the word of the Lord as it comes to us from the 7th chapter of the Gospel of Mark, beginning in the 31st verse.

Then (Jesus) returned from the region of Tyre, and went by way of Sidon towards the Sea of Galilee, in the region of the Decapolis.  They brought to him a deaf man who had an impediment in his speech; and they begged him to lay his hand on him.

Note the tender compassion with which Jesus relates to this man, not wanting to make him a public spectacle.

(Jesus) took him aside in private, away from the crowd, and put his fingers into his ears, and he spat and touched his tongue.

This might strike us as somewhat repulsive what Jesus does here – particularly his spitting into his hands and then placing some of his own saliva on the man’s tongue.  But in those days it was recognized that some people had the gift of healing, and this was the sort of thing they did in the process of healing someone.   So at the very least, through these rituals Jesus is conveying to this confused and overwhelmed man his intention to heal him.
Then looking up to heaven, he sighed

Note:  Jesus sighed.  As I said before, the work of healing costs him something.  This isn’t waving a magic wand. There is some kind of sacrifice on Jesus’ part as he offers himself up as an instrument of healing for another suffering human being.

He sighed and said to him, “Ephphatha,” that is, “Be opened.”
And immediately his ears were opened, his tongue was released, and he spoke plainly.
Then Jesus ordered them to tell no one; but the more he ordered them, the more zealously they proclaimed it.

A re-occurring theme in Mark’s Gospel involves Jesus telling people not to talk about the healings they have witnessed him perform, because he is more than a healer of physical afflictions, and he doesn’t want people focusing on this ability of his.  The true meaning of his life will not be known until his death and resurrection, the means through which a deeper, cosmic healing takes place.

They were astounded beyond measure, saying, “He has done everything well; he even makes the deaf to hear and the mute to speak.”

Thus ends the reading.  May God bless our hearing of the word.

Our bodies and our spirits are intertwined, and so of course Jesus cares about our bodies.

But it is easy to miss the truth that we can have a perfectly healthy body and have a terribly sick spirit, which is to say, to be unable to see life clearly, as it truly is.  To fail to see what matters and what doesn’t.  To be unable to truly hear – hear what God is trying to say to us moment by moment.  Unable to truly listen to what others are saying to us, or to our own deepest longings.

The underlying assumption of the Gospel is that to some extent we all share in this spiritual sickness.  We all need healing.

It’s worth noting that in regard to the man’s need Jesus didn’t say, “Father, let this poor man hear again.”  No, he said, “Ephphatha” which means,  “Be opened up.”

The man – representative of all of us – is closed down, blocked, clogged.  He needs to be opened up.  Perhaps there is a great grief or anger or fear within him that is the source of his blockage.  The innate compassion – for himself and for all people – needs to be set free.

So I invite you to ponder, what does it mean to truly listen to another, and how often do we truly do it?  How often in a conversation with another, rather than consciously encountering the mystery of another soul, we fail to truly listen, simply waiting for our turn to speak?   How often is our focus not on truly hearing but rather in formulating our argument in rebuttal?

To be opened up, in the manner the Gentile woman opened Jesus up, and in which Jesus opened up the man who could not hear or speak, involves humility, a recognition of what we don’t know.  A willingness to be surprised and to learn something altogether new.

It also involves the courage to speak our own God-given truth even when it doesn’t conform to the expectations of others.

There is a tendency as we age to harden our points of view – to get more rigid and judgmental.  We have to actively resist this by seeking out the grace of God that opens us up in our very depths.

The deepest problem of our time isn’t a political one, it’s a spiritual one.  People on both sides of the political spectrum are encouraged to forsake humility and to lose the capacity to truly listen to others who see things differently.  We are perpetually tempted to put up walls where in truth they don’t exist.

In a little while, we will have our prayer time, and the vast majority of the prayer concerns we will lift up will be for physical healings, particularly life-threatening illnesses, which is only natural.

But here is a truth we resist:  It is possible to be lying on our death bed and be in a deeper sense healed – opened up – than somebody charging through life with a healthy body but a total incapacity to listen, to see life as a precious gift, to experience compassion, to see what truly matters and what doesn’t

The Gospel writer Mark places the two healing stories that involve restoring sight to blind persons in striking places.  The first comes right after Jesus tells his disciples he must suffer and die, and the second right before he enters Jerusalem to begin the suffering that will lead to his death.  Neither the disciples nor you or me much want to ponder the fact that one day in the not too distant future we also must die.  Nor do we want to accept the truth that there is suffering we are called to embrace in this lie by virtue of opening ourselves up to love.

The denial of death keeps us from seeing what matters, and what doesn’t.

So, this morning as we receive the bread and the cup of Holy Communion, I invite you to think of it as an opportunity to be “opened up” – to be healed in our capacity to see and hear and speak our God-given truth.  Just like Jesus spitting into his hands and placing his saliva on the tongue of the man, the healing offered here can be kind of messy.  Did you know that the earliest Christians were accused of being cannibals?  They heard about these strange people who ate the body and drank the blood of their master, and they were repulsed by the idea.

But through the grace expressed in Jesus’ broken body and shed blood, God intends to truly open us up and bring healing to us on the inside if we will let Him have his way with us.