1Kings 19:9-13 — Chaos and Uncertainty: Attending to the God of the Sheer Silence 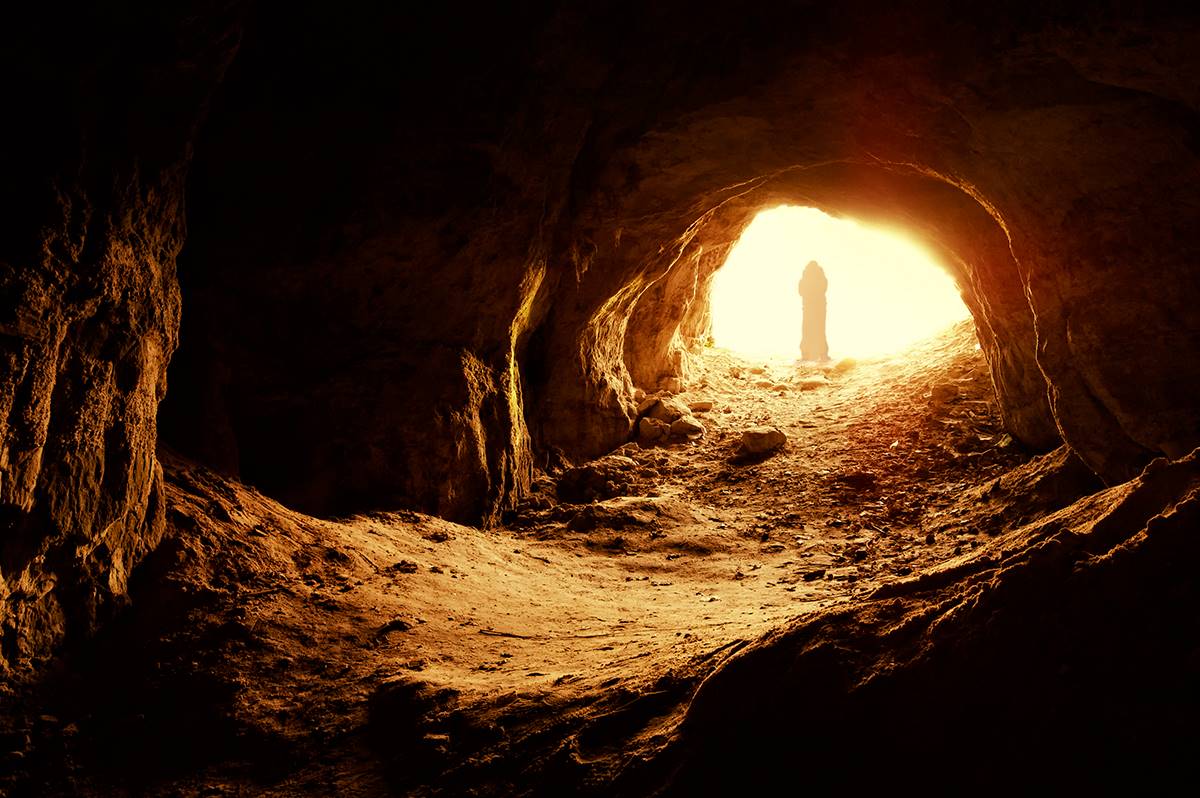 A sermon preached on August 9th, 2020 based upon 1Kings 19:9-13 entitled, “Chaos and Uncertainty:  Attending to the God of the Sheer Silence.”

Chaos and uncertainty.  We sure have been dealing with a lot of it lately, with no end in sight. The pandemic and the uncertainty of what it holds for the future.  Protests for justice and great social unrest.  And then as if things weren’t crazy enough, this past week a hurricane passed through our state knocking out the power for many of us, reminding us just how dependent we are on electricity and the internet to maintain a bulwark against all the disorder of life.  And beyond all of this, two people from our church that we have loved departing from earth.

We encountered chaos and uncertainty in the Gospel story with the kids, where forces of chaos and destruction are expressed in the swirling, deep, dark waters of the ocean that Jesus walked upon to reach the disciples in their boat at night, pointing to the possibility of walking with Jesus in this life in such a way that we find the peace that lies beneath all the chaos and destruction.

But even though there is a lot of that same kind sort of thing in the background of our story, the selection from our lectionary has something powerful to say to us, particularly in this time of ongoing chaos and uncertainty.

To put the passage in context we have to familiarize ourselves with the wild stuff that precedes – stuff of the story that makes it hard for us to take in the Old Testament.

Our story involves Elijah, perhaps the greatest prophet in the Old Testament.  Elijah’s great nemesis is King Ahab (the name given by Herman Melville to the captain of the whaling vessel in his classic novel – a man possessed by his need to go out on the deep dark waters of the ocean to do battle with his nemesis, the great white whale Moby Dick.)

King Ahab was the king of the northern province. Ahab had married the infamous Canaanite princess Jezebel who has introduced to the kingdom an alternate god to worship from Yahweh, the one true God of Israel — something for which Elijah is constantly calling Ahad out.  As is the way with prophets, Ahab accuses Elijah of being a troublemaker, to which Elijah responds, “No, you’re the one who has brought trouble to the land by the idolatry you have allowed to run rampant.”

In the story that transpires, Elijah experiences one of the clearest, most ecstatic moments of victory and vindication in all of the Old Testament.  It happened when he challenged the prophets of Baal – of which there are hundreds – to this macho contest to prove whose God has the real stuff.

Apparently Baal was supposed to be in charge of rain, lightning and thunder. Elijah went right after Baal’s supposed strengths in the contest he puts forth.  On Mount Carmel, each side would have the opportunity to build an altar to their god, covering it with wood for a bonfire.  They then would slaughter as an ox as an offering to their god, laying the slices on top of the logs.  Each side would then pray to their god to prove themselves by sending down a lightning bolt to ignite the fire that would cook the offering.

Elijah allows the prophets of Baal go first.  After setting up their altar with the sliced oxen waiting to be zapped by their god, they proceeded to spend hour praying and dancing, even cutting themselves in a bizarre attempt to get Baal to send down the lightning bolt, but nothing comes of it.  Elijah does a little trash talking along the way.  “What’s the problem?  Maybe Baal’s taking a nap.  He needs to be woken up!  Cry out a little louder!”

Finally, Elijah steps back, says a little prayer, and sure enough Yahweh sends down a lightning bolt to set the offering aflame.  Talk about a victory and a vindication.  Talk about having proof that your God is real and can come through in the crunch.  Talk about triumph over your enemies.  It doesn’t get much better than this.

To finish off the day Elijah rowels up the crowd that spent the afternoon witnessing the spectacle, and they slaughter all the prophets of Baal in one great frenzy.

Like I said, the story contains a lot of the stuff we find most distasteful in the Old Testament.

But what I find interesting in the story is what happens next.  From this height of extreme triumph, Elijah quickly descends into the deepest depths of despair.  Jezebel promises swift revenge upon Elijah, declaring Elijah to be a dead man walking. Elijah becomes a man on the run eventually collapsing in the wilderness, ready to give up on life, lamenting how he has been utterly abandoned, and only he among all the people have remained faithful to the one true God.  Exhausted, Elijah sleeps.  An angel awakens him, miraculously providing for Elijah food to eat and water to drink.  He sleeps some more and again the angel awakens him encouraging him eat and drink some more for a great forty day journey awaits him through the wilderness to Mount Horeb — also known as Mt. Sinai – the place centuries before where Moses received from Yahweh the ten commandments.  There, Elijah is told God will meet him.

The story for this morning tells what happened once Elijah reached the mountain.

Elijah spends the night sleeping in a cave, and in the morning, he hears a voice address him:  “What are you doing here, Elijah?”

Elijah continues to wallow in self-pity, talking about how he has been zealous for the Lord, but all the Israelites have forsaken the Lord, and he alone is left, and now there are people pursuing him in order to take his life.

God tells Elijah to go out of the cave and to stand on the mountain, for the Lord is about to pass by.

It seems to me that there is a message here for us.  It is striking that Elijah’s great low came so soon after his great high.  Maybe part of the message is that we shouldn’t get too focused in the ups and downs of life, the victories and defeats, the successes and failures.  When the highs come, enjoy them, but don’t get too attached to them.  As the expression goes, “This too will pass.”

The message seems to be that the best place to look for God is in the deep stillness, the “sheer silence”, underneath all that is transient in life.   “Be still,” as it declares in Psalm 46, “and know that I am God.”

Chaos and uncertainty will always be a part of life, but we are in the everlasting arms of God.  People we love will die – that’s simply how it is in life.  We will grieve but as the psalm says, “Weeping may tarry in the night, but joy comes in the morning.”  To walk with Jesus is to pursue the ongoing art of loving without clutching too tightly.  It is the art of learning to let go and go with the flow of the Spirit.

For me, this has meant seeking out more times of stillness in my life – times to engage in what has traditionally been called “contemplative prayer,”  to touch the eternal in the midst of all that is transient.

There has been a verse from the Apostle Paul that has been on my mind a lot lately.  Paul knew a lot of ups and downs in life — a lot times of chaos when he was absolutely out of control:  beatings, imprisonments, times when was rejected and shipwrecked.  Late in his life he wrote from a prison cell, “I know what it is to be in need, and I know what it is to have plenty. I have learned the secret of being content in any and every situation, whether well fed or hungry, whether living in plenty or in want.”  (Philippians 4:12)

Walking with Jesus means learning “the secret of being content in any and every situation.”  It is the task of a life time, but that is why we are here.  In some other verses from Paul that I turn to repeatedly, he reminds us in 1Corinthians 13 that love alone endures, everything else passes away.

So let us learn the art of clutching neither to victories or defeats, to success or failure, but let us focus our hearts on loving like Jesus, and experiencing the “peace which passeth all understanding.”