Discovering Our Deep Connection to One Another 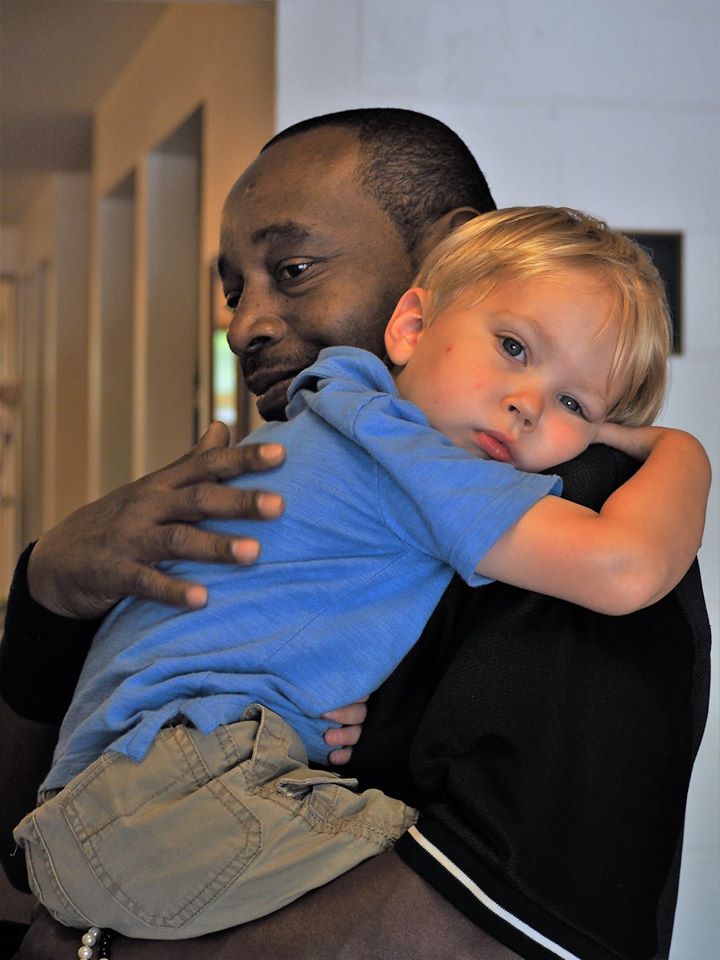 This is a strangely familiar story, expressive of the depravity that we so frequently encounter in our world, especially in the stories we read every day in our newspapers.  It tells the story of a man – King Herod — who in the eyes of the world has it all:  power and riches and the kinds of pleasures the world encourages us to lust after – a man who nonetheless has no real joy in his life.  No real love.

He has it all and yet there is a fear deep inside him that in the end governs his actions:  the fear of losing his grip on power – the fear of what others will think of him if he fails to carry out the impulsive promise he makes to his step-daughter who seductively dances for him:  “I will give you whatever you ask!” And so he grants her request for the head of John the Baptist on a platter.

It is all too discouragingly familiar, and yet the thing that caught my attention as I read it this week is that for Herod the “plumb line” I spoke of in the children’s sermon – that moral center that can distinguish between right and wrong – has not been altogether lost track of.  The voice of God calling him to make his paths straight – has not been totally silenced.

Herod had John arrested because he has spoken truth to power, calling out the injustice of his reign.  He resisted, however, his wife’s desire that John be put to death because deep inside Herod he knows that the words John speaks is not “false news” – it is the truth.  And there is this striking line:

“When (Herod) heard (John), he was greatly perplexed; and yet he liked to listen to him.”

A homesickness in this lost soul recognizes the voice that could lead him back home but he is not strong enough to heed that voice.

And in the end his fear leads him to have John murdered.

But the plumb line remains.  When Herod hears of the ministry of Jesus, he declares with a sorrowful conviction, “John, whom I beheaded, has been raised.”

You can murder the prophets who speak on behalf of God, but the voice of God will not be silenced.

So in the midst of the discouraging familiarity of the injustice and violence of this story, there is buried a mustard seed of hope.  Beneath the fear that leads us to do things that are evil, our connection to God remains.  We are all made in the likeness and image of God, and to God we are all ultimately accountable.

The news can indeed be very discouraging these days, and what can be perhaps the most discouraging of all is the inability of people – our political leaders – but also too often ordinary folks like you and me – to put aside the ideological commitments by which we identify ourselves to work together to solve the problems that plague us.

We are quick to claim the “plumb line” as our personal possession refusing to recognize the humanity of – the need to truly listen to — those who disagree with us – judging them to be simply stupid or evil – not worthy of our respect and attention.

But every so often something happens in the news that calls forth the better angels of our nature – that reminds us that the voice of God is never ultimately silenced — that God’s plumb line remains.

Such was the case with the story of the youth soccer team in Thailand trapped in the underground maze of flooded caves for nearly three weeks.  The plight of the poor boys and their young coach captured the attention and concern of the whole world as we instinctively recognized their inherent, God-given value, worthy of whatever it took to rescue them from the deep dark waters of those caves.  We collectively rejoiced when their rescue was finally accomplished, marveling at the selfless heroism and the extraordinary cooperation of thousands of people from multiple nations who worked tirelessly together to accomplish the rescue.

A similar thing happened eight years back when after 69 days 33 Chilean miners were rescued from a collapsed mine, and 32 years ago when 18 month old “baby Jessica” fell down a well in Texas, calling forth our nation’s collective compassion until we rejoiced when after 58 hours she was successfully rescued.

At such times, it is as if God’s plumb line suddenly descends from the heavens for all to see in a way that the routine patterns of life seem to obscure.

There are of course countless people suffering in this world in ways that threaten their lives as surely as the flood waters of those caverns in Thailand threatened that soccer team, or that collapsed Chilean mine threatened those miners, or the tight walls of the deserted well threatened baby Jessica – people who never come into the public eye in the same way, never evoke the same unity of compassion from the rest of us.  Though they go unseen by us, they are never invisible to God whose wellsprings of compassion were so clearly revealed so in Jesus.

But the artificial walls we create between one another blocks the full embodiment of that compassion that is God’s intention.

Brene Brown – the social scientist and story teller I spoke about last week – talks about how we human beings really are hardwired not to harm one another.  Our brains are shaped in such a way as to be instinctively moved by the pain of others.  You could describe this hardwiring as God’s plumb line writ deep into the formation of our brain chemistry.  As our story this morning suggests, even in wicked King Herod that connection to the divine plumb line was never altogether lost.

Fear is the emotion that most commonly interrupts our hardwiring to care about one another, making it possible for us to hate people with whom at the deepest level God has knit us together.

Because of fear, people lose their humanity to us; they are seen only as threats.

Brene Brown talks about the epidemic of loneliness that plagues our society today is related to the way in which too often we are tempted to hunker down in our ideological bunkers where the only thing we have in common is that we hate the same people.

She has a saying, “It’s really hard to hate close up.”

One of the dangerous aspects of the internet is that it makes it easy to dehumanize people who disagree with us – too hate – because we never really get very close to them.  (Curiously, in an article I read about the 32 year old woman who was once baby Jessica, newspaper writers had to tell her about the news story of the trapped youth soccer team because she has intentionally disconnected herself and her family from the internet.)

Brene Brown talks about the power of what she calls “holding hands with strangers.”  She lives in Houston and describes how a year ago when Hurricane Harvey struck neighbors instinctively reached out to one another to do what they could to help, never first asking, “Wait – tell me your political affiliation – if you agree with me, then I’ll help you!”  No, in the immediacy of the overwhelming need, all such distinctions suddenly fell away.

They recognized, she said, the deep truth that we are inextricably connected to one another by something greater than us – the reality here at the church we call God.

She points out that it doesn’t have to be a disaster that can reveal to us that deep connection.  Shared music, for instance can have a similar impact.

So can shared worship, of which music is such an important component.

In conclusion, I just want to point out how important being a part of a church like ours is.  In this little up closing gathering we experience that deep underlying connection we have to one another and to all people.  We give witness to the world at large how it is possible for a range of people with a diversity of points of view – often disagreeing – can truly listen to one another – love one another.

We come together to give God’s plumb line an opportunity to take hold of the center, reminding us that we really are all connected in a very deep way.