Embodying the Love of God: The Example of Mr. Rogers 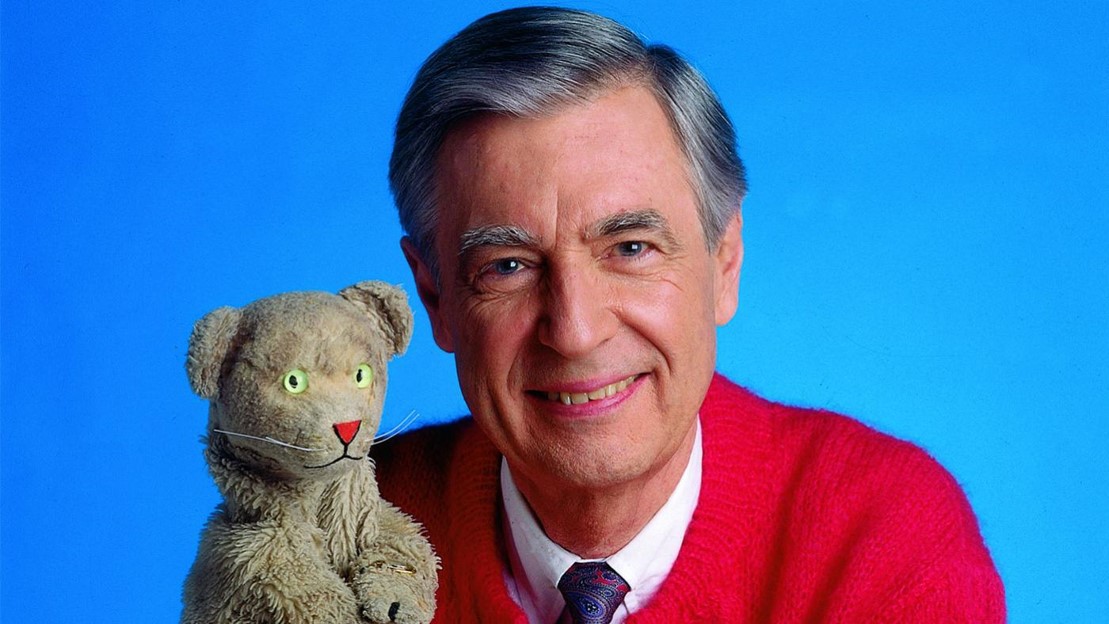 It was St. Francis who said, “Go into the world and preach the Gospel.  Use words if you have to.”  In other words, we are called to embody the love of God – to live it out.

Talking about Jesus doesn’t do any good if we’re not trying to live like Jesus – in fact talking about Jesus without doing what we can to embody his love undermines the Gospel.  People can’t hear what we’re saying because our actions are shouting something altogether different.

The words from the Apostle Paul we just heard get down to brass tacks about God’s love looks like lived out in everyday life – what living like Jesus looks like.  It looks like telling the truth and dealing with anger constructively, like honest labor, and caring for those in need.  It looks like speaking gracious words, and being tenderhearted, acting with kindness, and practicing forgiveness. It means recognizing that we really do belong to each other at the deepest core.

This is what the world desperately needs right now.

Somebody who showed us how to preach the Gospel without specifically using words like “God” or “Jesus” was my hero, Fred Rogers, better known as Mr. Rogers. Knowing my affection for Mr. Rogers the Mihalkos twice gave me gifts of Mr. Rogers miniatures — one being Tom Hanks playing Mr. Rogers in the movie.  They sit on my desk to remind me of what God’s love can look like in a person’s life.

You may know that Fred Rogers was an ordained Presbyterian minister who felt a calling to serve children, drawing from his own experience of childhood in which he often felt lonely and afraid. Overweight, he sometimes experienced bullying.

Television had recently emerged as a center piece of family life.   Fred recognized the great potential of television for both great good as well as evil.  He was horrified by the television that was being offered children – laughs generated by pies smashed in peoples’ face – humiliation humor.

It made Fred mad, and it motivated him to find a way to use television to help children, not harm them.

The result was “Mr. Roger’s Neighborhood”, which was broadcast for 35 years on Public Television.  Every afternoon Fred spoke directly to young children in their homes, slowly and calmly, without condescension.

Over the course of those 35 years, Fred resisted the pressures of the culture to pick up his pace and give his show more technological flash.  He realized that his young viewers needed a slower pace for the intimacy the show invited, and through the year persisted in using simple hand puppets, like Daniel Tiger to talk about how to deal with feelings of all kinds.

Fred repeatedly reminded his young viewers that they mattered – indeed, that all people mattered.  He invited all sorts of people on the show to be a part of his neighborhood.

One such person was a ten-year-old boy named Jeff Erlanger.  A tumor pressing on his spine left Jeff paralyzed and confined to an electric wheelchair.  Mr. Rogers talked with Jeff about how it felt to be confined to his wheelchair and had him demonstrate how the wheel chair worked.  They talked about hard feelings like feeling sad, but also happy feelings as well.  Jeff made a point of saying he wasn’t feeling sad right then, right there talking to Mr. Rogers.

To young viewers who might have found Jeff strange and frightening, Mr. Rogers humanized Jeff.

At a time when there were stories in the news about Black people being barred from swimming pools restricted for use by only White people, Fred tenderly invited an Officer Clemmons — an African American man — to sit and share together the cooling comfort on a hot day of a child’s wading pool.  The image of the two of them sitting there with their bare feet in water was powerful.

Fred knew that there were painful things going on in the world that impacted children’s lives, leaving them frightened.  The words of a child psychologist he regularly consulted — “Whatever is mentionable is manageable” – guided Fred as he calmly talked to children about subjects like divorce, assassination and the explosion of the space shuttle.  When pressed about his emphasis on acknowledging feelings, Fred pointed to Jesus:

“I believe that Jesus gave us an eternal truth about the universality of feelings. Jesus was truthful about his feelings: Jesus wept, he got sad; Jesus got discouraged; he got scared; and he reveled in the things that pleased him. For Jesus, the greatest sin was hypocrisy. . .  Jesus had much greater hope for someone like [a tax collector or prostitute] than for someone who always pretended to be something he wasn’t.”

Fred Rogers took to heart the words of the Apostle Paul we heard earlier: “Let all of us speak the truth to our neighbors, for we are members of one another.”

Fred helped children deal with angry feelings, too.  As the Apostle Paul said, “Be angry but do not sin; do not let the sun go down on your anger.”  The problem, Fred routinely pointed out wasn’t feeling angry – feeling angry is part of being human — but rather what we do with angry feelings.  When we get stuck in anger we descend into the horrible state of that is bitterness.  As one of Fred’s many songs advises, “When you feel so mad that you want to roar, take a deep breath and count to four.”

A classically trained pianist and the composer of thousands of songs, music was especially important to Fred.  “Music was my first language,” he said.  He found that he could express his emotions with notes: “I could literally laugh or cry or be very angry through the ends of my fingers.”

And the constant message throughout Mr. Roger’s words and music was the invitation extended to each of us to be a good neighbor.  Said Fred, “We live in a world in which we need to share responsibility. It’s easy to say ‘It’s not my child, not my community, not my world, not my problem.’ Then there are those who see the need and respond. I consider those people my heroes.”

It’s all about being a good neighbor.  So, with the help of Allegro Strings, what do you say? Let’s sing together Fred Roger’s most familiar song.

As the Apostle Paul said, the words Fred spoke conveyed grace to children.