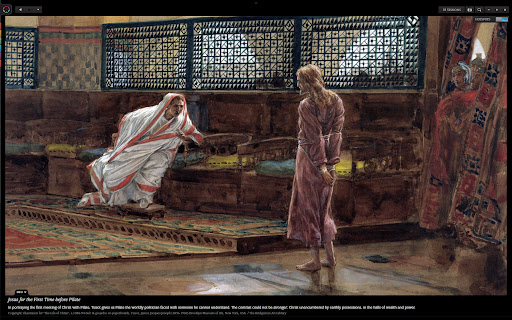 Last month Sarah and I celebrated our 28th wedding anniversary.  We were remembering our honeymoon, a happy week we spent driving through New England seeing the fall foliage and staying at seven different Bed and Breakfasts.  It suddenly occurred to me that I couldn’t remember how we planned the honeymoon.  There was, you see no internet back then of the scale we have today.  Nowadays planning such a trip would be a relatively simple matter of going online, finding all the possible Bed and Breakfasts in New England, choose a route connecting seven of them and then making the reservations.  Pretty simple.  I couldn’t for the life of me remember how we planned the trip without the internet. My best guess is we had a book listing Bed and Breakfasts in New England, but we have no such book in our possession.

My bewilderment drove home to me how greatly the world has changed as a result of the internet.

Obviously, there’s a lot of good things the internet has brought about in terms of convenience — so much information immediately available at our fingertips. Last week in my children sermon I talked about how Jesus said that God’s eye is on the sparrow, and in order to know just how many sparrows God’s eye is on all I had to do was do a Google search of the question, “How many sparrows are in the world?” and immediately I learn there are approximately 1.6 billion of them.

How do I know that this answer is true, at least in regard to it being a reasonable estimate?  Well, I trust that the people who provided that answer are experts – scientists who devote their lives to studying birds – are able to provide a far more reasonable estimate than I could ever come up with on my own.

Notice though this simple, but overlooked fact:  In relationship to the vast majority of human knowledge, none of us are experts.  We routinely trust certain things to be true not because we personally know them to be true, but rather because we trust the word of experts.

But what about those instances when the “experts” disagree, which often happens when the questions we ask get more complicated than say, how many sparrows are there in the world?

Different “experts” can look at different sets of data, with different biases or values, asking different sorts of questions and as a result come out at different places regarding what they claim is true. How do we know which experts have it right?

Out there somewhere on the internet you will find “experts” who, with no opposing point of view present can make convincing arguments about just about any assertion.  You’ll will find persuasive arguments for why the earth is actually flat, how the moon landings were staged in a Hollywood studio, and how attacks on the world trade center were actually an inside job.

These aren’t claims I believe, but the point I would make is that in every case my belief is based not on personal knowledge but rather because I have chosen to trust different experts.

There is a dark underbelly to the internet.

I watched a disturbing documentary a while back regarding the Big Data companies – the biggest of which are Google and Facebook — which exercise a great deal of control over our experience on the internet.  They make money — enormous amounts of it — by selling the data they collect about you and me.  What they sell is essentially the capacity to capture our attention. They track our activity on the internet and quickly determine what our interests are, including our political beliefs.  If they determine you are a liberal, they show you almost exclusively liberal points of view, and if you are conservative, the same – all articles from a conservative point of view.

The result is our experience of the internet becomes that of an echo chamber, in which only things appear before us that confirm and deepen our pre-existing convictions.  We conclude that our point of view is obviously correct which in turn leads us to conclude that anybody who disagrees with us is stupid and morally bankrupt.  It leads us to dehumanize and demonize those who disagree with us. The Father of Lies gets us to believe that our enemy is those who disagree with us, while missing His presence at work with the Big Data companies manipulating what we believe.

One of the things that the data companies realized early on was that nothing captures our attention quite like the feeling of moral outrage, so if they can show us something that isn’t necessarily accurate but succeeds in pushing the buttons of our particular sense of moral outrage well, all the better.

The Big Data companies stroke the fires of our division, why?  Because in doing so they  capture our attention which is precisely how they make their money.

In light of all this, the conversation that took place 2000 years ago between Pilate and Jesus is strangely expressive of the times in which we find ourselves living.

Those who bring Jesus to Pilate have convinced themselves that Jesus is a bad guy, basically because Jesus is threatening their hold on power.

Pilate doesn’t share their feeling of being threatened and therefore he has enough detachment to recognize that their conviction regarding Jesus’ guilt isn’t necessarily accurate.  He asks them what it is Jesus has done that makes him deserving of execution, and they just yell all the more loudly that he is a criminal.  From their point of view, it’s obvious.

So, Pilate comes to Jesus curious to get his point of view.  “They are making these accusations against you.  Come man, defend yourself!  What have you done that makes them so mad?”

Strikingly, Jesus isn’t interested in engaging the fight and defending his reputation. He says that, “Everyone who belongs to the truth listens to my voice”, meaning that if someone truly has a humble spirit that is willing to let go of biases in a sincere search for truth, the truth Jesus expresses will be self-evident, but if somebody don’t have such a humble spirit, nothing he says will matter – they’re going to hear what they want to hear.

Pilate concludes that Jesus is innocent, and if he had no other considerations to take into account, he would have released Jesus.  But he does have another consideration.  As the Roman Governor Pilate is the most powerful man in the region, but he’s still accountable to his boss — the emperor in Rome — and the emperor doesn’t care about whether a particular man way off in Palestine is innocent or guilty; he cares only that things are kept quiet and under control.  The emperor doesn’t like news of rebellions which requires dispensing more soldiers to squash them. Pilate reads the situation and concludes that if he doesn’t hand Jesus over to be killed, he’ll have a riot on his hands.  That concern overrides consideration regarding doing the morally right thing.  So, Jesus must die.

It’s quite similar to what the Big Data companies are doing. “Hey, if we could, it would be nice to do the ‘right thing’.  But unfortunately, our overriding concern is making our profit margin as big as possible.”

In light of all this, the question Pilate cynically asks is quite expressive of our age: “What is truth?”

So, what is the truth to which Jesus came to testify?

Well, it’s something altogether different from say, how many sparrows there are in this world, or for that matter, what is exactly the best Covid social policy, as important as that question is.  It is truth with a capital T.

It is the Truth that the echo chambers of the internet pull us away from — that we really are all connected together by a great love God has knit into creation.  It’s the Truth that every human being — regardless of whether they see the world the way we do – are all worthy of our care.

The Truth comes to us as a person not a set of rules or dogmas, which is striking because it is people that the world discourages us from truly seeing.  This person who is Truth gave us only one commandment, and that is to love one another as he has loved us.  He invites us into relationship with Him at our very center.

The literal meaning of the Greek word that is translated as “truth” in our passage is un-forgetting.  The implication is that the Truth Jesus bears witness to is one we all know deep down inside but which the world leads us to forget.  Jesus, the Gospel writer John tells us is the Divine Word incarnate – the Word out of which everything – including you and me – was created.  This Word lives inside us in the way we were designed.

In various ways the world tempts us to forget Truth:  by sowing seeds of division that turn those who see things differently as something other than our spiritual sisters and brothers; by keeping us in such a hurry in a way that we never enter into the sort of silence in which we might hear the still, small voice of;  by stroking our fears in a way that blocks our gratitude, leading us to close our hearts, refusing to share the bounty of God’s blessings with others who are less fortunate than ourselves.

Next Sunday you are invited to bring to worship your stewardship pledges for 2022, which brings me finally to the question of why it is so important for our church to continue to carry out our ministry together. In a world where we are constantly tempted to forget the deep Truth, we are the community where week after week we encourage one another to remember what we have forgotten – the love that was revealed in Jesus – the love that meets us in our darkest hours – the love that binds us all together – the love that reminds us who we truly are and in doing so saves our souls.

Thank you for your faithfulness.