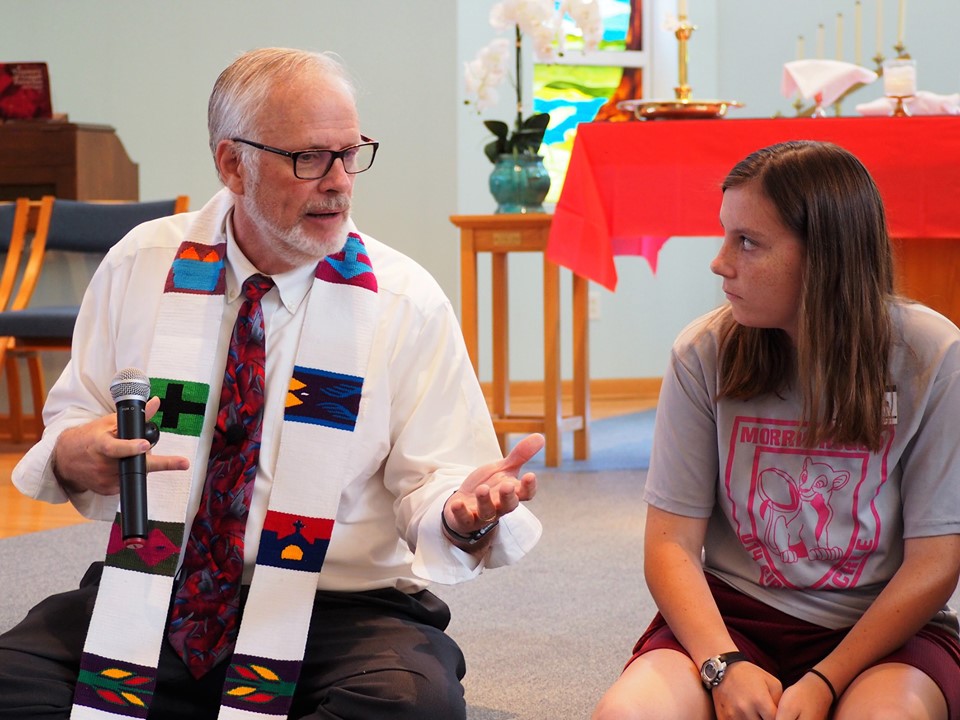 This past week we celebrated the 4th of July, a day which always inspires a lot of talk about “freedom.”  Usually when we do so we are referencing our freedom from British tyranny, or any other foreign power that might seek to take our independence away.  We give thanks, rightfully so for the soldiers who fought — sometimes sacrificing their lives — to protect our freedom

But the nature of freedom requires some deeper reflection.

I remember years ago at a Veteran’s Day Ceremony at which I gave the invocation a middle school student had been invited to write a short speech on what freedom meant to her and as I recall it was essentially that freedom meant not having anybody telling her what she had to do.  But the problem is, a person can have no one telling her or him what to do and still be very much in bondage.

The young person was focused on what her elders had presumably taught her to focus on, which is “outward freedom”  but we get in trouble when we neglect paying attention to “inward freedom.”

The Apostle Paul is getting at this distinction when he writes about “living by the flesh” vs. “living by the Spirit”. The phrase “living by the flesh” is misleading because it imply that the body is bad, which has never been what the Bible has taught.  What Paul is really talking about is the inner bondage that occurs when we are trapped in the prison cells of our little egos.

Bob Dylan wrote a song entitled, “You Gotta Serve Somebody” with the message being we’d better choose the right master to serve.  If we serve our little egos (which aren’t our true selves but merely a façade of our selves) we fall captive to all kinds of false gods:  the god of money, or approval, or worldly power, or safety.  How much is enough?    Always more.  This is bondage, not freedom.

When Paul writes about the fruits of the Spirit, he is talking about what inner freedom looks like:  love, joy, peace, patience, kindness, generosity, faithfulness, gentleness, and self-control.  This kind of freedom only comes by surrendering to the God of love revealed in Jesus, the God who loves all people. And this isn’t a one time deal:  it’s a daily surrendering.

When I listened to Paul’s words, they seemed particularly timely in our national life. “For freedom Christ has set us free. Stand firm, therefore, and do not submit again to a yoke of slavery.”

“Freedom from” outward tyranny isn’t enough.  Focusing on tanks and fighter jets distracts us from the larger question of:  what will our freedom be for?

As Americans, we have more political freedom – a form of outward freedom – than a vast majority of the world.  Although our democracy is deeply flawed, nonetheless we have good reason to be grateful that we enjoy more outward freedom than a great many people in this world.

But again: what is our freedom for?

When Paul writes about the “works of the flesh”, much of what he refers to seems all too characteristic of our communal life in America these days:  enmity, strife, jealousy, anger, quarrels, dissension, faction, envy.   This is not what our freedom is for.

Sarah and I were fortunate to spend this past week at the Chautauqua Institute, a summer community on Lake Erie where each week thousands of people gather in a setting of beauty to experience music, dance, theater, thoughtful lectures and preaching. There is a theme for each week and this past week the focus was on communities that were coming together to solve problems for the common good.

An example was an African American pastor who told the story of how when he arrived in Boston out of seminary he dreamed of becoming a mega-church pastor.  But young people were being murdered on the streets outside his church, and he heard God calling him to do something.  Realizing that there was an altogether different community in Boston that lived on the streets between the hours of 10 p.m. and 2 a.m. he gathered with a group of clergy who began to gather every Friday night to walk the streets for those four hours.  By consistently showing up, slowly they began to gain the trust of the young people trapped in gang life.  They began to open to them.

The clergy entered partnerships with police, social workers, local businesses – all for the purpose of working together for the common good and finding ways to offer the young people a life apart from gang life – to offer hope.

Over seven years Boston saw an astounding 76% drop in the murder rate.  The pastor said it happened because the adults of the community came together – checking their egos at the door – to work for the common good.

The fourth of July at Chautauqua was one Sarah and I will remember.  In the evening we gathered with about 5000 people to fill the open air amphitheater at the center of Chautauqua to listen as the resident symphony played rousing patriotic sounds, with flags and banners draped all about.  We were issued multiple brown paper bags as we entered.  Can you guess what they were for?  The 1812 overture, of course.  When it came time for the sound of the canons, the conductor pointed to us and we popped our blown up bags on cue.  It was great fun.

I found myself moved to tears, however when a vocalist was brought out to lead us in some familiar songs that you might not associate with the fourth of July.

One was “Celebrate good times, come on!”

The lyrics include these words:

There’s a party goin’ on right here
A celebration to last throughout the years
So bring your good times, and your laughter too
We gonna celebrate your party with you

(A party is something you can’t have by yourself.  You need the whole community.)

It’s time to come together
It’s up to you, what’s your pleasure
Everyone around the world
Come on!

As we sang these words tears began rolling down my cheeks.  That’s exactly what we need.  “It’s time to come together.”

The other song that moved me was from Man of La Mancha, “To dream the impossible dream.”

It puts into words what our freedom is for:

This is my quest, to follow that star
No matter how hopeless, no matter how far
To fight for the right
Without question or pause
To be willing to march
Into hell for a heavenly cause

In a few minutes we will share together Holy Communion.  It is by definition something you can’t do alone.  We gather together to catch a glimpse of the Kingdom of God, for which a really good party was Jesus’ favorite metaphor.

Holy Communion is about inner freedom.  We are invited to surrender to the great love of God revealed in Jesus.  Together we are set free that we might serve one another, and serve this hurting world.