Friday, March 8 — The Seductions of Power 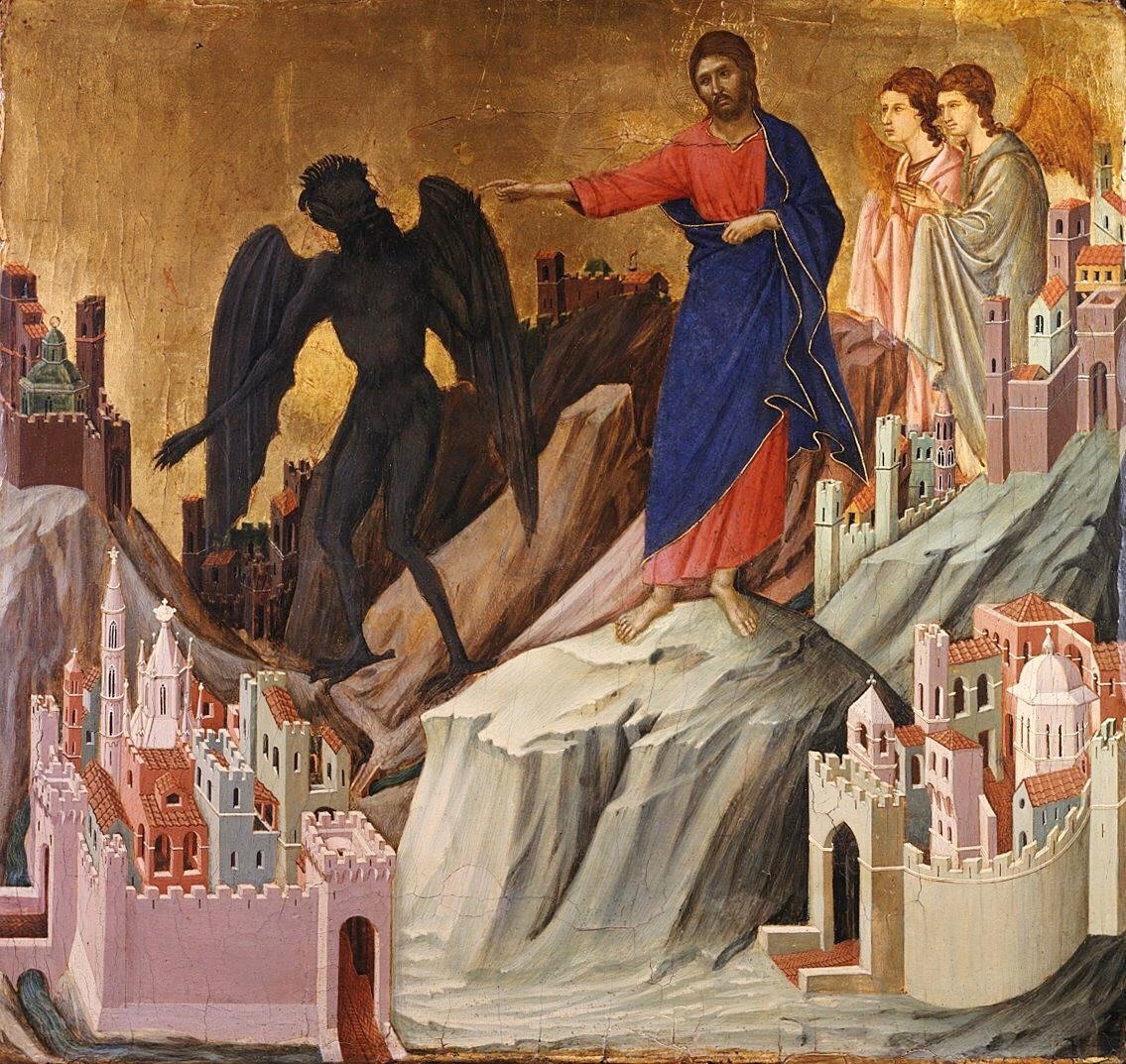 Then the devil led him up and showed him in an instant all the kingdoms of the world.
And the devil said to him, “To you I will give their glory and all this authority; for it has been given over to me, and I give it to anyone I please. If you, then, will worship me, it will all be yours.”
Jesus answered him, “It is written, ‘Worship the Lord your God, and serve only him.'”

It would be incorrect to say that Jesus had no engagement in the politics of his day.  The movement he led challenged the authority of the present power structure and the ways in which it oppressed people outwardly.  The people in power felt threatened by Jesus – they conspired to have him killed in an attempt to hold on to their power and authority.  It is not inappropriate for a Christian to express her or his faith through engaging in the political process to advocate for policies that promote justice.

But as Christians we must also recognize the limits of political power.   Jesus saw that the Kingdom of God would not fully take hold on earth by wielding economic, political and military power – the authority that the devil offers him in this temptation.  Jesus also recognized that the oppression we suffer under is both outward and inward.  Whoever is in power will have their own “demons,” and no one can be fully released from bondage simply because of a shift in the outer power structure.

The Kingdom of God is a community where everyone is equally loved and valued, and everybody is actively engaged in caring for one another.  Jesus taught us to pray, “Thy Kingdom come, on earth as it is in heaven.”  The Kingdom is fully formed in the realm we call heaven, and though we are called to work together to build communities that take their bearings from the Kingdom of God, we must humbly acknowledge the limits of what we can accomplish in this broken world.  People can’t be coerced by threat of violence in its myriad forms to enter the gracious Kingdom of God; they can only be invited—the choice must be made by each of us to lay down our pride and our weapons (real and symbolic) and accept the invitation.

But power is seductive though, isn’t it?  Jesus’ refusal to be seduced by the allure of worldly power challenges us to examine the ways we exercise power.

Elsewhere, in the Gospels Jesus makes the observation that the way of this world is for people in positions of authority to “lord it over” others.  People seek to feel good about themselves by having people that they can look down upon and feel superior to.  He recognized how hard it was for his own disciples to shed this deeply ingrained way of thinking: even as they accompanied him on the journey to Jerusalem where he would lay down his life on the cross they argued among themselves over which of them was the “greatest.”

Jesus’ way was different, he told them. “For whoever wishes to be great among you must be your servant, and whoever wishes to be first must be the servant of all.” (Mark 10:42-43)  Jesus isn’t saying that we should avoid taking on authority in this world; he is challenging us to be “servant leaders.”

Call to mind people you have worked under.  You can probably think of servant leaders and “Lord it over” leaders.  The first type created a positive and creative work environment — the other a toxic, dysfunctional one.