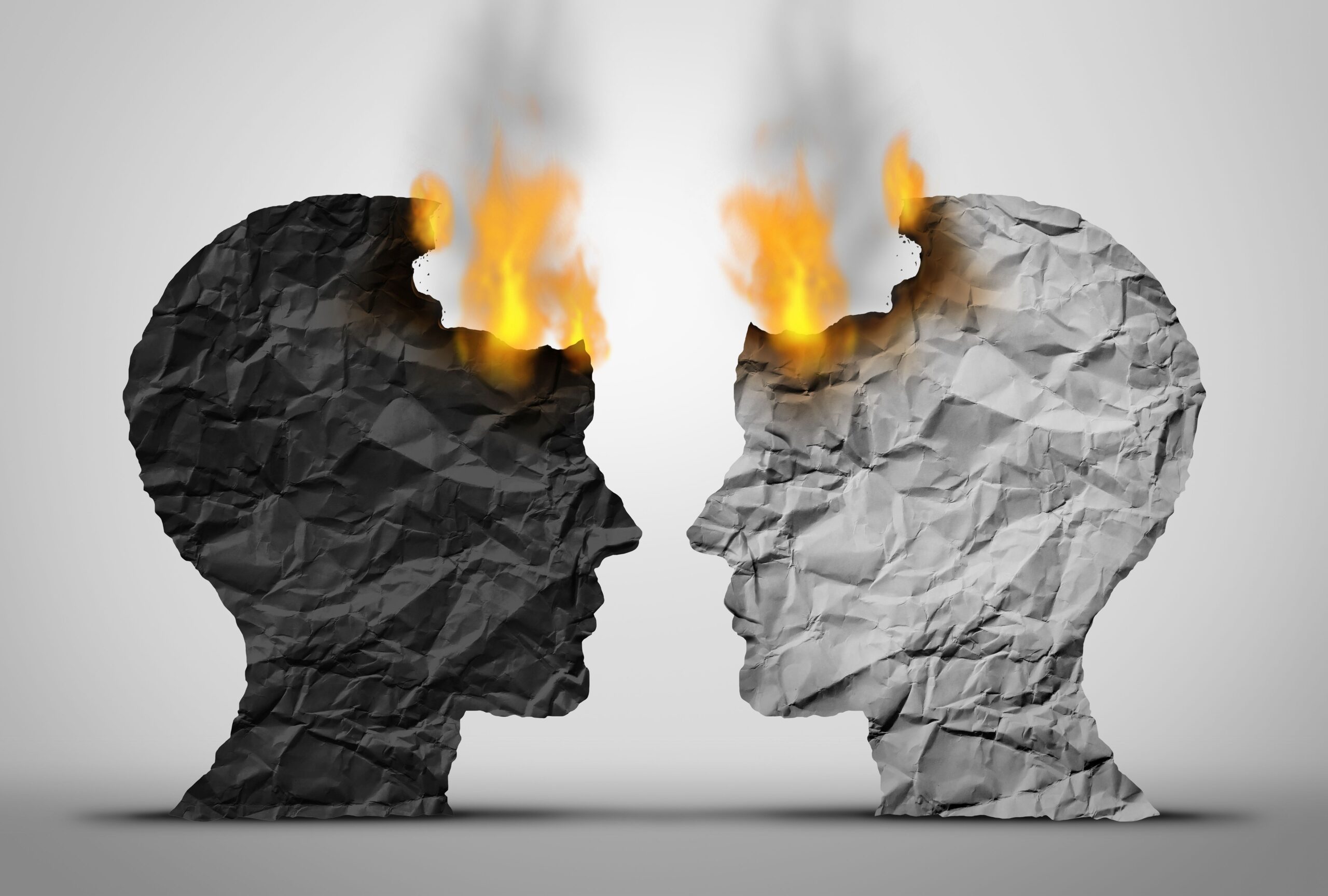 In Paul’s letters, he typically spends the early parts describing the Gospel as he has come to know it – that we are saved by a grace that transforms us and not by works of the law.  In the latter parts of his letters Paul proceeds to get down to brass tacks regarding what the new life in Christ looks like on a practical level, and that is what we have before us today. (There is a video of 14 members of our church reading this passage on our Facebook page.)  There is much to ponder here.  My attention was caught What caught by the first and last verses:

“Let love be genuine; hate what is evil, hold fast to what is good.”

“Do not overcome by evil, but overcome evil with good.”

All told, the word “evil” appears five times in our reading.

Everybody seems to agree that there is a whole lot of evil in the world these days.  There is, however great disagreement regarding where evil is most prominently on display.

For me the easiest way to think of the nature of evil is found in the odd fact that “evil” is “live” spelled backwards.  Evil is that power at work in the world that diminishes and destroys life.  It comes in a multitude of forms.

I was also struck by Paul’s use of the word “hate.”  “Hate what is evil,” he writes.

But here’s the distinction that gets lost.  We are to hate evil, but we are not permitted to hate people.  People at their core cannot be evil.  We are all made good by God — in “God’s image and likeness.”

Underneath all these forms of evil possession there remains someone God loves — someone who has wandered far from their true home, but for whom as in the parable of the prodigal son God waits with open arms to welcome us back to our true home.

This kind of hatred is sin, and truth be told I doubt there are any of us who aren’t guilty of this particular form of sin.

William Sloane Coffin used to say if you hate the evil more than you love the good, you just end up being a damn good hater.

Paul emphasizes repeatedly that evil can only be overcome by goodness, and to actively engage in overcoming evil this way is anything but easy.

There is a strange equation to the chemistry of evil, and it is a hard one to overcome.  If we find ourselves arguing with someone – whether in person with someone with whom we are intimately connected or at a distance through the internet with a relative stranger – if hatred begins to be directed towards us it needs to have us return it.  A counter attack is ratchets up the fires of hatred and allows the person to deceive him or herself into to feeling justified in their self-righteousness hatred.  Returning hatred for hatred is like pouring gasoline on a fire.

There is, however nothing quite so disarming to a person spewing hate towards another person as when that person calmly refuses to carry out hatred’s equation.  To express the peace of Christ in the face of hateful attacks and return love for evil strangely derails the locomotive that is hatred.

“Do not repay anyone evil for evil,” said Paul.   “Beloved, never avenge yourselves, but leave room for the wrath of God,” which is to say that life is designed by God in such a way that if a person attacks us with hatred we can count on the fact that eventually that person will pay a heavy price for allowing hatred to possess them.  We need not worry about the business of vengeance, and if we do, we will end up paying that same heavy price as well.

“If your enemies are hungry, feed them” says Paul, “if they are thirsty, give them something to drink.”

In a just a couple of minutes we will — through the wonder of technology — share Holy Communion together from afar.  You cannot truly receive the grace offered freely here if we come to the table with hatred for others in our heart.  The bread we break reminds us of Jesus’ body being broken in love for all people.  The cup we drink reminds us of Jesus’ blood shed in love for all people, including those we would call enemies.  In the eyes of Jesus, there is a goodness in every person worth dying for.

“Do not be overcome by evil, but overcome evil with good.”