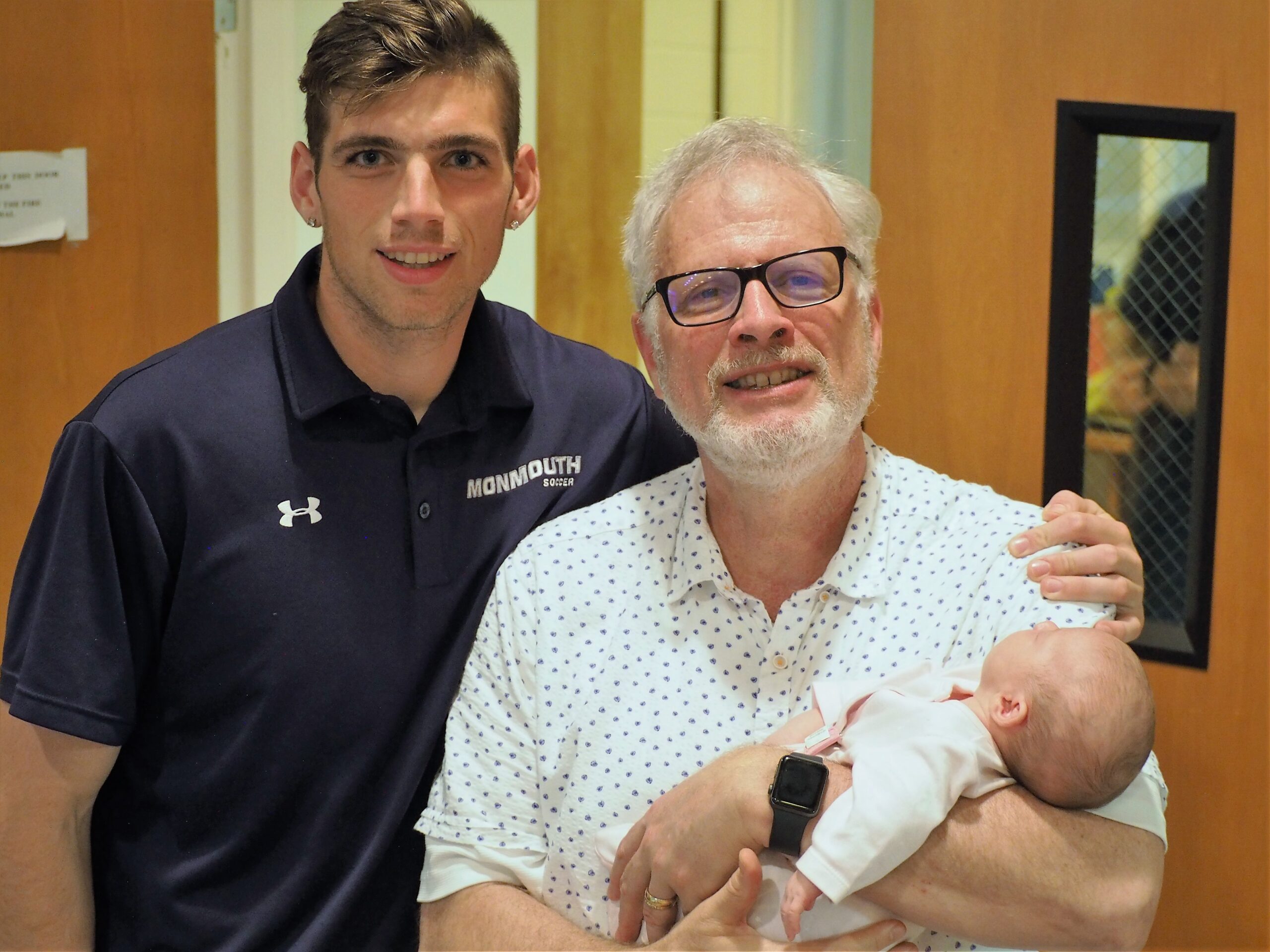 The impression you get in this story that seems tacked onto the Gospel of John is that the early followers have sort of lost their way.  At least seven of the original disciples are back up in Galilee by the Sea of Tiberius where everything began.  The problem seems to be in part because of Peter who — traumatized by what he had been through the night of Jesus’ arrest — hasn’t fully embraced his leadership role in the church.  The early church suffers from a failure in leadership.

Peter, as you remember was a fisherman before Jesus called him to follow him.

Now without Jesus at hand to tell him what to do, Peter seems at a lost for what to do.  He declares, “I’m going fishing.”  Notices he doesn’t assert leadership, as in “Let’s go fishing,” because apparently Peter doesn’t feel qualified to be a leader. Nonetheless the others look to him to lead them, so they say, “We’ll go too.”

Fishing is something Peter feels like he knows how to do.  It is, after all what he did up unto Jesus called him.  Having failed Jesus miserably the night of his arrest, perhaps Peter is looking to play it safe – do something he can’t fail at.  The community needs to eat – needs to pay the bills – so going fishing seems like a nice cautious thing to do.

Except the night of fishing turns out to be a failure, and perhaps there is some divine intervention that makes it so – a sign of the way they are “living small” – their failure to live large with out of the box, inspired dreams.

As the sun is just beginning to rise, a mysterious stranger appears on the beach and calls out, “Children, have you any fish.” No, thy answer.  “Cast your nets on the other side,” he says, and for some reason they do, catching a super-abundant amount of fish.  Suddenly Jesus is recognized and they hurry into the shore where Jesus has a resurrection breakfast prepared for them.

And then then Jesus initiates this interaction with Peter that clearly is connected to the night in which Peter denied Jesus three times.  One sure sign of this is that there is a charcoal fire present on the beach where Jesus has some fish and bread roasting.  The only other mention of a charcoal fire in the Bible is from the night when Peter tried to warm himself outside the High Priest’s house – the fire beside which the three denials took place.

There is a subtle shift in the way John presents the three denials from the way they are portrayed in the other three Gospels.  There Jesus denies ever knowing the man.  Here in John’s Gospel, is asked if he is one of Jesus’ disciples and Peter answers, “I am not!”  Peter’s denials are about himself – he is not a disciple of Jesus.  He doesn’t have, as they say, “the right stuff.”

Jesus sits directly in front of Peter and asks him three times (echoing the three denials) “Peter, do you love me?” And three times, though it grieves Peter’s heart, he declares he surely does.  Some have seen this as a ritual in which Jesus forgives Peter is denials.  But Jesus’ forgiveness has already been conveyed.  The significant thing that Jesus goes on to say after each answer is to tell him, in essence, be the shepherd I need you to be – the shepherd I know you are capable of being.  “Feed my sheep… Tend my sheep.  Feed my lambs.”

Jesus is calling Peter out of his fear of failure – his desire to live small lest he fail again.  He wants Peter to shine his line – not hide it under a bushel.

In high school, I was the very definition of a wallflower.  As an adolescent, heterosexual boy I was consumed by thoughts of girls, but it was beyond me to ask one out on a date.  I had no sense of myself as being, smart, gifted, attractive.

In my last marking period I took an acting class since I came from a family of actors – my mother, father and sister had all spent a lot of time on the stage.  I remember at first I couldn’t really do it.  I had a monologue to give and I got stuck in my self-consciousness, stumbling pathetically through the piece. But we ended the year working on this farce we would perform for the entire high school as an assembly.  It was about the trial of the big bad wolf in the Little Red Riding Hood story, and I played the prosecutor, and suddenly up on stage before all my classmates I entered this moment of grace in which my brain took a seat behind my face.  I was in that mysterious state that has many names – the zone, in the flow.  The Wolf through books at me and I caught each one out of the air with remarkable grace.  I stole the show.

Afterwards I remember being out in the crowded hall way hearing my classmates – hearing girls talking about me of all people.  I had crawled out from underneath my rock.  Presumably the gifts I demonstrated on stage that day had always been there inside me, but somehow I hadn’t been able to bring them forth.  But that day the dam broke.

I had to go through this whole process again at college, and in various ways ever since. I keep feeling the impulse to hide under the bushel.  I keep needing the grace of God that calls me out of myself and my fear of failure and my inclination to hide the light God has given me to shine.

(Theater can be a very self-centered profession to pursue – a constant quest to get the light shined on oneself.  The life of an actor can be a constant competition for the spotlight.  But I discovered all those years back that theater can provide the setting for an awkward kid to awaken the light within. When I have sought to do theater here at the church I have hoped that this and more would happen:  that we would come to grasp that it is not so much about getting the light shown on us individually, but rather for us together to create something beautiful for God – to give collective room for the Spirit to move among us to create something more wonderful than we could have done alone.  That the glory we are seeking is not our own but God’s glory.  We want to live large by allowing God’s Spirit to help us lose ourselves in becoming vessels of God’s infinite love.

Years ago I came across this quote about shyness by the wonderful Christian writer, Madeleine L’Engle who wrote, among other things, the classic young person’s science fiction novel, “A Wrinkle in Time.”  It spoke to me, and I’ve kept it through the years.  She began by talking about how in the Bible there are plenty of stories about people telling God that they aren’t adequate to the calling – Moses for instance complaining that he can’t do public speaking.  She goes on to say,

In a much less sensational way, I was a tongue-tied, shyness- frozen adolescent and young woman.  In any public gathering I backed into a corner and tried to become invisible.  When I was first asked to give a talk in front of an audience, I had to hold onto the podium, quite literally, in order to stop my knees from buckling under me.  It was only when I realized that my shyness and awkwardness were a form of self- centeredness, and that I, myself (or what I thought of as myself) didn’t matter, that I began to be able to open my mouth and speak, to look at the other person’s needs instead of my own, to be able to reach out instead of drawing back…

Slowly I have realized that I do not have to be qualified to do what I am asked to do, that I just have to go ahead and do it, even if I can’t do it as well as I think it ought to be done.  This is one of the most liberating lessons of my life.

The qualifications needed for God’s work are very different from those of the world.  In fact, when we begin to think we are qualified, we have already fallen for the tempter’s wiles.

There is the quote from Martin Luther that Fred is fond of referencing.  He said, “Sin boldly.”  His point was, in the course of living our lives there is no getting around the fact that we’re going to sin. We’re going to fail and fall and make a mess of things. But living small for fear of failing isn’t what God wants for us.  The terror of sinning that keeps us living a tiny life is not God’s intention.  Go ahead and leap forth into the unknown, discovering gifts you have that you didn’t know were there.  Trust that when you do fall on your face God’s merciful grace will be there to help you get back and try again.

I’ve been reading lately about the Placebo Effect.  It is a powerful thing.  A doctor gives us a pill or even surgery and authoritatively and lovingly promises us it will make us feel better, even if the surgery or pill is actually totally ineffective, we most likely will feel better because something inside us gets awoken by the assurance of the doctor.   Healing capacities are unleashed.

In a few minutes we will re-enact that resurrection breakfast on the beach that Jesus prepared for his disciples feeling like they weren’t up to the job.  The bread and the cup you will be given – I’ll let you in on a little secret – it really is simply bread and grape juice.  But the doctor who is giving it to us makes good on the promise. It contains the grace that can awaken wondrous capacities to bless this world that have been lying dormant within us.

You will be empowered to go forth from this place to live not small but largely with grace, boldly with love, to feed and tend all of God’s lambs who you bump into in life.

Jesus promises this.  Trust him with this.