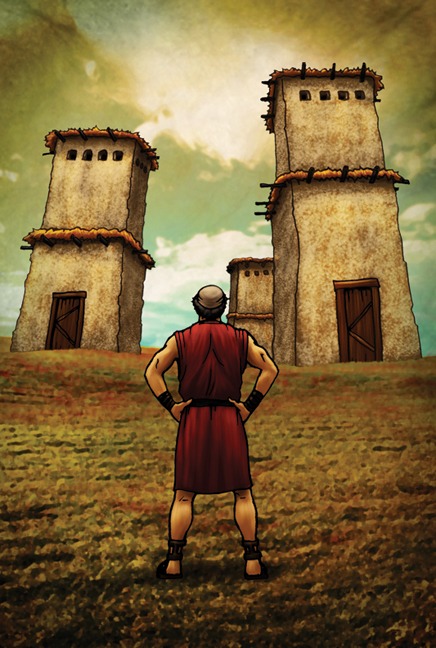 I drove to Pennsylvania yesterday to preside at a memorial service for a woman from my previous congregation.  To prepare to write a eulogy, I listening to her children and her sister describe the life she had lived in the thirty years since I last saw her and it was clear that she had been frustrated in her attempts to establish a career and some financial security.  What stood out, nonetheless was her imperfect but very real capacity for love.

Though doing funeral services and memorials can be very difficult at times, I appreciate the fact that it is times like this that we are given a clarity about what matters in life and what doesn’t.  What matters is the love we share. And when we reflect upon the significance of a life, it is the love that rises to the surface.

I am reminded of the distinction David Brooks makes between what he calls “resume values” vs “eulogy values.”  We spend a good part of our lives, especially when we are young pursuing resume values:  a list of accomplishments like degrees earned and success in our chosen careers, but when we die, people won’t really pay much attention to such things.  What they will remember is the love we shared, the eulogy values.

We wish we didn’t have to weep tears of grief, but what would be the saddest thing of all would be to die and have no one weep for us.

This little parable Jesus told invites us to do a great deal of self-reflection.  When we die, what will be left?  When the man in the story dies, it won’t matter that his obituary reads, “He had the biggest barns in town.”

The man is trapped inside himself in a remarkable self-centeredness of which he seems oblivious.  ‘What should I do, for I have no place to store my crops?’ Then he said, ‘I will do this: I will pull down my barns and build larger ones, and there I will store all my grain and my goods. And I will say to my soul, ‘Soul, you have ample goods laid up for many years; relax, eat, drink, be merry.’

There are various degrees of self-delusions in this man — perhaps we can recognize some of them in ourselves. Although he speaks of a certain kind of happiness, it is not something he possesses in the present but rather something he imagines possessing somewhere in the future when he can get all his ducks in a row with enough money stored away to “relax, eat, drink and be merry.”

Greed is a great self-delusion.  John D. Rockefeller was once asked, “How much is enough money?”  To which he replied, “Always a little more.”  In leading us to perpetually pursue the “always a little more”greed distracts us from what matters.  It seduces us to love things and use people when we were created to love people and use things.

The path on which the man is traveling will not lead to happiness; rather it will lead him to die lonely and frightened.

The occasion for the parable Jesus told was two brothers fighting over an inheritance, something that occurs all too commonly in this world.  The brothers love the stuff more than they love their brothers.  How messed up is that?

The man in the parable suffers from the self-delusion that he is a self-made man.  The success of his farm he attributes to nothing but his own hard work.  And so there is no gratitude, not sense of dependence upon the Giver of all good gifts.  Without gratitude there is no joy.

We have this great lie printed on our money:  “In God we trust.”  More often the truth is that it is money in which we place our trust.  With enough money, we want to believe, we will handle every challenge the future will hold.

It is easy to hear this parable and discount it as pointing to the very rich – the Jeffrey Epsteins of this world.  But there is something of the man in this parable in all of us.

As you know, people come to me from outside the congregation from time to time asking for financial assistance when things are unravelling in their life.  Thanks to the “discretionary fund” your gifts make possible, I try to help them with a small bit of cash to help them through their hard time.  This is a church, after all.  We have to do what we can to help.

But typically the impoverishment that such people suffer under goes well beyond their lack of money.  They lack friends and family who care for them.  They suffer from profound isolation. They have no church of their own.  I try to point this out to them – that they would benefit greatly from becoming a part of a congregation of people with whom they could build relationships of love. They nod, but I suspect it is the rare occasion that they take my advice.  They prefer to go it alone.

There is an epidemic of loneliness in our time.

It is striking that when Jesus taught us what we call the Lord’s Prayer he did not tell us to pray, “Give me this day my daily bread,” but rather, “Give us this day our daily bread.”  We are in this thing called life together.

The man in this story has reached a place in his life where he has some confidence that for the foreseeable future he will have sufficient daily bread.  Having reached this point, the question is, “What now?”

If he hadn’t just plowed forward with the same answer he had always functioned under – “make as much money for yourself as possible” – he would have hard God asking him the fundamental question of our existence:  Why are you here?  What is the purpose of life?

In a similar way, the horrific events in the news of the last 24 hours (two mass shootings by rage-filled, isolated young white men) leads us to ask “Why are we here?”  There is a call to all of us to turn towards this hurting, broken way, rather than to turn away by retreating into our walled off, self-protective isolation.

We are all in this together.

There are laws that need to be passed, but laws alone won’t heal the soul sickness of our community.  There is a need to come together to sacrificially create a community where all people are cared for.

Back in the third century, a monk by the name of Telemachus lived out in the wilderness where he spent a lot of time praying and contemplating the wonder of Jesus.  He heard God calling him to leave the wilderness to go to the big city.  He arrived in Rome and followed the crowds of thousands into the Colosseum where he witnessed the horror which was gladiators fighting one another to death for the entertainment of the masses.  He jumped into the arena and cried, “Stop this madness” leading to him promptly being murdered himself to the great amusement of the crowds.

But the emperor was present that day, and Telemachus’ sacrificial act of love made an impression upon him.  Soon afterwards, the emperor banned the fighting of gladiators in the Colosseum.

In a little while we will share Holy Communion, in which we remember a man who believed it wasn’t the length of a life that matter, but rather than depth of love a life revealed.  Telemachus found the model for his act, who wept over the city of Jerusalem for the people did not know the things that made for peace.  He was willing to lay down his life sacrificially for all people that hardened hearts might be softened, and love might prevail.

To receive the bread and the wine that represent Jesus’ body and blood is to receive that same Spirit of sacrificial love into our hearts, and forsake the never ending quest for bigger barns.