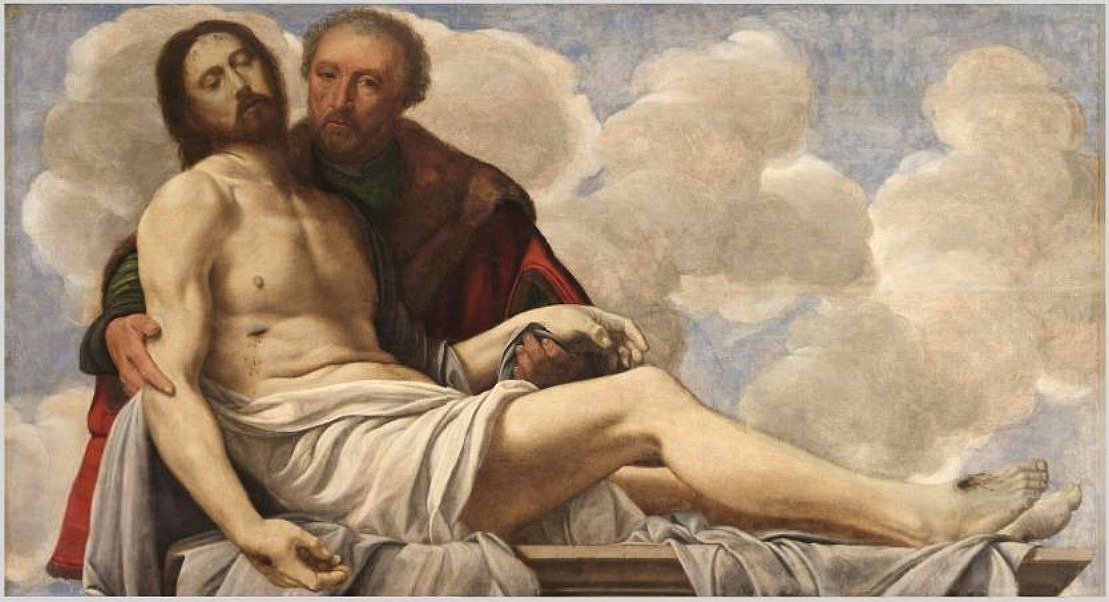 Throughout Luke’s Gospel, Jesus has had challenging things to say to and about rich people.  The Sanhedrin sentenced Jesus to death, but as is usually the case in life there were dissenting voices.  Here at the end with Jesus’ lifeless body still hanging on the cross we hear of a rich man, Joseph of Arimathea, a member of the Sanhedrin who steps forward bravely to ask for the body of Jesus, placing him in a tomb that he owned.

Now there was a good and righteous man named Joseph, who, though a member of the council, had not agreed to their plan and action. He came from the Jewish town of Arimathea, and he was waiting expectantly for the kingdom of God. This man went to Pilate and asked for the body of Jesus. Then he took it down, wrapped it in a linen cloth, and laid it in a rock-hewn tomb where no one had ever been laid. It was the day of Preparation, and the Sabbath was beginning. The women who had come with him from Galilee followed, and they saw the tomb and how his body was laid. Then they returned, and prepared spices and ointments.

In this Gospel that so often has taken the perspective of women in a time when women were discounted, it is only female disciples that we find at Jesus’ tomb when he is buried.  The men are terrified by the possibility that the same fate might befall them and are nowhere to be found.  The setting of the sun at the end of the day marked the beginning of the Sabbath. Since no work can be done on the Sabbath the job of anointing Jesus’ dead body with spices and anointments for burial will have to wait for Sunday morning.  Broken-hearted, the women return to the places where they are staying to obey God’s command to rest on the Sabbath.  They rest and they grieve.  Grieve and rest..

Conclude by pondering the story up to this point.  What if the story ended here?