In the Midst of the Rush of Life, We Need Not Be in a Hurry 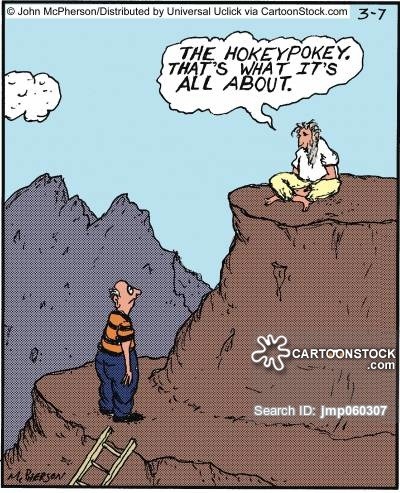 With the passing of Labor Day this week many of us — myself included – find ourselves compelled to let go of the slower pace of Summer in order to take on the faster pace of Fall.  If you were fortunate to have had the opportunity to take some relaxed vacation time it may feel like you’ve just shifted from first to fourth gear perhaps especially if your life revolves around children and the sudden pressure to get them up out the door to school, as well as to the various extra-curricular activities that start back up.

Life comes at us so fast.   We can suddenly feel like the circus performer who dashes about keeping a dozen spinning plates aloft.

If you’re like me, you find yourself resisting this sudden thrust into the faster pace.  Can’t we go back to sitting by the ocean?

Aware of this longing in myself, I was struck by our Gospel lesson this morning – actually by the whole Gospel of Mark.  It is the Gospel that seems to most recognize how fast life comes at us.  With barely more than 15 chapters it is the shortest of the four Gospels but the word “immediately” occurs a remarkable 40 times.  Immediately this happens, then immediately that happens.

Early on we see Jesus attempting to slow the pace down.  He goes off by himself early in the morning to pray, only to have his solitude invaded by his disciples who have come hunting for him.  Even Jesus can’t seem to hold off the relentless pace at which life comes at us.   He tries to go off with his disciples in a boat for a time of rest and reflection in the wilderness but a crowd of needy 5000 people “immediately” meet him as he comes to the shore interrupting their plans.

When life speeds up, as it did for Jesus, it is hard to stave off an internal sense of hurry.   It becomes hard to stay in the present moment.   We find ourselves stuck in fourth gear seemingly incapable of downshifting.

And it seems to me this is what we see happening to Jesus in our Gospel story this morning.

There can be useful practices to try and slow the pace of our lives down.  We can practice better time management.  We can schedule into our calendar times for rest and prayer.  Jesus does these things, but still he finds himself in the thick of life’s unavoidable fast pace.

I thought about the various cartoons that show a holy man sublimely sitting on a mountaintop with the rare visitor who ascends to ask for his wisdom. In the one I’ve projected this morning a man asks, “What is the meaning of life?”  To which he answers, “The Hokey Pokey. That’s what it’s all about.”   The Jesus we get in Mark’s Gospel is definitely not this kind of holy man.  He is engaged in this world,  caught up in the rapid currents of life, and it wears him down.  In this morning’s story he has attempted once more to get away for a time of rest – to slow things down.  He goes with his disciples into Gentile territory in the assumption that he will find some anonymity there.  “He entered a house and did not want anyone to know it;” Mark tells us,  yet he could not keep his presence secret.”

He is attempting to schedule some rest into his busy schedule but as the old saying goes, “Life is what happens when you’re making plans.”   This poor Gentile woman gets word that the famous healer Jesus is in her town.  She has a very sick daughter so her love for her daughter compels her to go Jesus and prostrate herself before him to beg him to heal her daughter.

With all the different  demands on his time, attention and energy that he has been encountering a sense of hurry has taken hold inside him even now that outwardly he need not be in a great hurry.  He lashes out at the woman in what I think can not be interpreted as anything other than harsh and bigoted, indeed dare I say, “unchristian.”  He refuses her request, calling her a “dog” that isn’t worthy of receive food of the children – that is, the Jewish people.  In this moment, unlike the song I sung with the children this morning, Jesus’ table definitely isn’t the “welcome table.”

For many Christians this passage is deeply troubling and attempts are made to give some explanation how Jesus isn’t really as hard-hearted as he appears.

But for me in a strange way I find this story comforting because it tells me Jesus knows what life feels like for me a lot of the time.  The fast pace at which life comes at me leads the hurry out there to take hold inside me.  A kind of tunnel vision takes over me in which all I see is what I need to get accomplished in the future.  I become irritable, experiencing the people I meet not as holy mysteries but rather as objects to be used or at least avoided.

A 4th century church father declared, “Hurry is of the devil.”  The 20th century depth psychologist Carl Jung took it a step further saying, “Hurry isn’t of the devil; it is the devil.”  When we get caught up in hurry – when hurry takes hold of us inwardly, we harden our hearts.

I once heard about a study done at Princeton years ago.  It was administered by the psychology department but it took place at the seminary.   It involved a group of seminarians who were taking some kind of preaching class in which they were given a preaching assignment under time constraints.  They were given an hour to prepare a sermon and then were given instructions to cross the campus to reach the chapel where at an appointed time they were to deliver the sermon.  The text for the sermon was the famous parable of the Good Samaritan in which a man is left beaten, half dead at the side of the road by thieves.  Three men come along the road – two religious professionals and one a despised foreigner – a Samaritan.  The Samaritan is the only one who stops to help the man, putting him on his donkey and taking him to an inn, spending his own money on the man’s care.

The message of the story doesn’t require a Phd in theology:  Show compassion to the hurting people you encounter in life.

In the study, an actor was hired to pretend to be in great distress near the path the seminarians would take to go to the chapel to deliver their sermon.  Feeling the pressure of their time constraints, the majority of the seminarians did not stop to help the person in their distress.

That’s what feeling like we’re in a hurry does to us.  It takes us out of the present moment as we focus on some future time when our present obligations will finally be met.

In our story this morning the woman is a positive example.  She is very much in the present moment.  She knows the one thing that matters in this moment, and that is getting help for her sick daughter.  She has a humble spirit, and isn’t going to let herself be distracted by the fact that in this moment Jesus uses a racial slur to address her. She is ready, as she says to receive whatever crumbs of grace that may fall from God’s table.

My wife recently began keeping a gratitude journal, and this week I began to follow her example.  It is a helpful thing to record those crumbs of grace that have fallen to us in the course of our busy lives.  It is so easy to let them fall to us without really taking them to heart.  Take note of enough crumbs and you’ve got yourself a heavenly banquet.

So it is helpful to me that Jesus knows what life can often feels like – the hardening of heart and deadening of spirit that can occur when we get caught up in the frantic pace with which life comes at us – the tense clutching to be in control when things aren’t in our control that could well be described as the grasp of the devil.

And it is helpful to me to see Jesus get delivered from this bondage.  Once more he becomes the one who invites us all to the “welcome table.”

As helpful as a good vacation can be, in this instance Jesus finds this deliverance not by going on an extended vacation but rather by paying attention to the grace that is there in the present moment.

It is a remarkable thing that Jesus discovered this grace in the words and faith of a stranger, a foreigner, a woman.  In that culture – indeed often in our own culture – many men simply wouldn’t allow themselves to consider the possibility that a woman (or a foreigner) could have something to teach them because of their pride – one of the most basic forms of sin.

So in the end this story tells me that as much as we might find ourselves yearning to be able to spend our days sitting by the beach or on a mountaintop, life is lived in the midst of cross current of demands that are put upon us by being deeply involved with the world around us.  We are here to be of service, and although we will invariably find ourselves in a place where the hurry out there has become internalized we don’t have to stay in that place.  In every moment the possibility exists to inwardly let go our tight hurried, grasp and open ourselves to God’s loving presence right there with us in the very thick of things.