Philippians 4:4-8 — Is this ‘Happy Talk’ or Life Lived in Harmony with Reality? 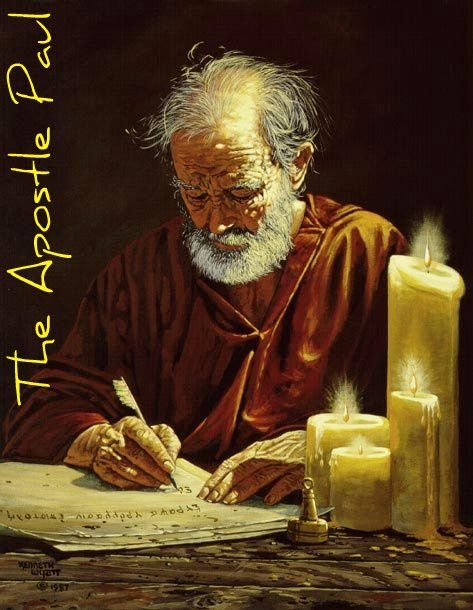 A sermon preached on October 11, 2020 based upon Philippians 4:4-8 entitled, “Is this ‘Happy Talk’ or Life Lived in Harmony with Reality?”

Rejoice in the Lord always; again I will say, Rejoice. Let your gentleness be known to everyone. The Lord is near. Do not worry about anything, but in everything by prayer and supplication with thanksgiving let your requests be made known to God. And the peace of God, which surpasses all understanding, will guard your hearts and your minds in Christ Jesus. Finally, beloved, whatever is true, whatever is honorable, whatever is just, whatever is pure, whatever is pleasing, whatever is commendable, if there is any excellence and if there is anything worthy of praise, think about these things.

My first reaction when I read the words we just heard from the Apostle Paul was well, that’s a really  positive, uplifting message — nice words to hear in this particular moment in time where there seems a scarcity of joy, a scarcity of gratitude, a scarcity of gentleness and a great deal of anxiety and conflict and strife and not much peace.

But close on the heels of that reaction was the one that came from the anxious and cynical part of me – the part that says, “Sure those are nice words to hear, but let’s be serious – ultimately what Paul’s telling us is just so much pious blather, impossible, impractical – what we might call just ‘happy talk’ not grounded in reality.”

“Rejoice always?  Come on, man!  That’s a ridiculous thought.   Don’t worry about anything?  Have you read the news lately?  Or, just looked beneath the surface of our lives — the heavy, heavy burdens people are carrying?”

My next thought, though was to acknowledge that Paul speaks from a place and out of a life that gives him some credibility.   If somebody were to write what we just heard from a life of constant smooth sailing – from a pampered life spent in a palace say – or a beach resort – or even from the ivory towers of academia – well, such a context would make such words easy to dismiss.

But that’s not where Paul’s writing from.  He is writing from a prison cell.  The possibility of death by execution in the near future is very real.

In the early part of his life Paul did know some degree of smooth sailing.  He was on an upward trajectory of honor and respect in his community.  But then that strange Damascus Road experience got a hold of him and his life afterwards was mostly rough sailing.

For two decades he was continuously on the move, spending a few months in one city, making friends there before hitting the road again, because that was the nature of the work to which he understood himself to be called.  So, Paul knew a lot of grief arising from repeatedly having to say goodbye to friends he probably would never see again.

He was on the move to spread the Gospel, but sometimes his quick departures were triggered by the fact that there was a bounty on his head – people who wanted him dead – wanted to permanently shut him up.

Along the way he’d got beaten up numerous times, surviving multiple attempts on his life including once when he was stoned.   On top of that he suffered from some kind of physical affliction – the mysterious “thorn in the flesh” he referred in his second letter to the Corinthians – an affliction about which he’d prayed three times to God asking to have it removed without getting any relief.  Elsewhere he tells us of having known hunger, exposure to the elements, the experience of being shipwrecked.

In other words, this is a man who has known a great deal of pain and struggle that is a part of the human condition, a fact that gives him some credibility.

And beyond that, Paul had at least one experience – the thing that happened on Damascus Road being one for sure — in which he was given a glimpse of what is “behind the veil” – experiences  that convinced him that the deepest truth – the deepest reality —  is the love of God, God’s grace and mercy.  Having caught a glimpse of the glory of God that shines so brightly beyond the veil he declared that all he had suffered seemed miniscule by comparison – and all the honor and esteem he had lost nothing more than mere “rubbish”.

As I thought about all this it occurred to me that Paul’s words challenge us with a question:  What do we truly believe?  Is the Gospel Paul writes about in his letters grounded in reality?  Is it true that the heart of the Creator of the universe is filled with an infinite love — that we really can entrust our lives to the God revealed to us in Jesus?

I mean are we just playing a little game when we gather together for worship – a little visit to a fantasy world which — wink, wink — we don’t really believe in?  Is it merely something we do to distract us for a little while from the “real” world – the dog-eat-dog world out there where there is no end of things to be anxious about?   Are Paul’s words mere “happy talk” and nothing more?

I put this question to you with the assumption that unless you also got your own personal glimpse behind the veil then it is a question we are called to live with – not a question we can put to rest once and for all.   I assume that you are like me – that inside you there is a part of you that believes it’s true and another part that’s the cynical doubter, and that they wrestle with one another regarding who will be in charge at any given moment.

If the heart of the Gospel is true then the life Paul just described for us isn’t mere “happy talk” – it’s actually the way a life that truly is lived in harmony with reality, and we should do what we can to move in the direction of such a life.

So, let’s briefly look a little closer at Paul’s words.

Pretty much everything Paul says in this passage focuses our attention on our capacity to choose.

Elsewhere Paul acknowledges that our will – our capacity to freely choose – is damaged (see Romans 7). Nowhere is this more evident than when we reflect upon the thoughts that run through our head.  Obviously, we have some capacity to choose what thoughts we will think, but this capacity is limited, especially when anxieties arise and our thoughts become like wild horses.

And the thing about anxiety is that it robs us of joy.

To some extent we can thank evolution for this.  Over the millennium our brains evolved to focus our attention on potential threats – saber toothed tiger, say that might be hidden in the bush that could eat us.  This ability of our brain to be vigilant regarding potential dangers helped us to survive.  It was — and still is — useful to address threats but the nature of the threats has changed over time.  Once upon a time a potential threat and the anxiety that accompanied it would arise – the unreality or reality of the tiger determined and dealt with – and relative peacefulness restored.  In contemporary society, however, the potential threats to our existence are more subtle and the tendency to exist in a constant state of low lying anxiety more common.  In spite of all our technological advances, we often feel less in touch with joy and gratitude.

“Do not worry about anything,” Paul says.  It’s helpful to remember this declaration by Paul is a quality of living to which we are aspiring.  Otherwise we will be tempted to dismiss Paul’s words as “happy talk.”

Paul follows his admonition with instructions regarding how to move in the direction of greater freedom:  “In everything by prayer and supplication with thanksgiving let your requests be made known to God.”

Prayer is an intentional act of turning our hearts – to whatever extent we are capable in a given moment — towards God. Paul tells us in this intentional act to make our requests known to God.  Obviously, God doesn’t need to be told — God knows our needs.  But in the act of telling God our needs – the things we are worrying over – we take a small step towards letting go of our anxieties and remind ourselves of God’s love and care.

With practice, the wild horse of our anxious thoughts slows down a bit, Paul directs us to use what freedom we have to direct our thoughts towards things that can inspire joy within us.  We can focus on all the love and support we have received rather than the harm done to us by a few.  We can ponder the beauty of nature of music.  We can contemplate acts of courage, nobility and compassion of first responders and trailblazers who fought for a greater justice.

And as we do this, the part of our that believes and trusts in the central truths of the Gospel is strengthened.

Finally, a comment about what Paul means when he says, “Rejoice in the Lord always!”  The word “rejoice” may lead us to imagine someone in a state of hilarity or somebody always looking on the sunny side of life.   But I think these images misrepresent what Paul is talking about.   Grief and the kind of joy that Paul is speaking about can exist side by side.  The quality Paul is speaking of is child-like in the best sense of the word:  a capacity to be spontaneous, to be playful and lighthearted, to not take ourselves so seriously.  It is a quiet inner assurance that God is a parent who knows what we need and is worthy of a trust.