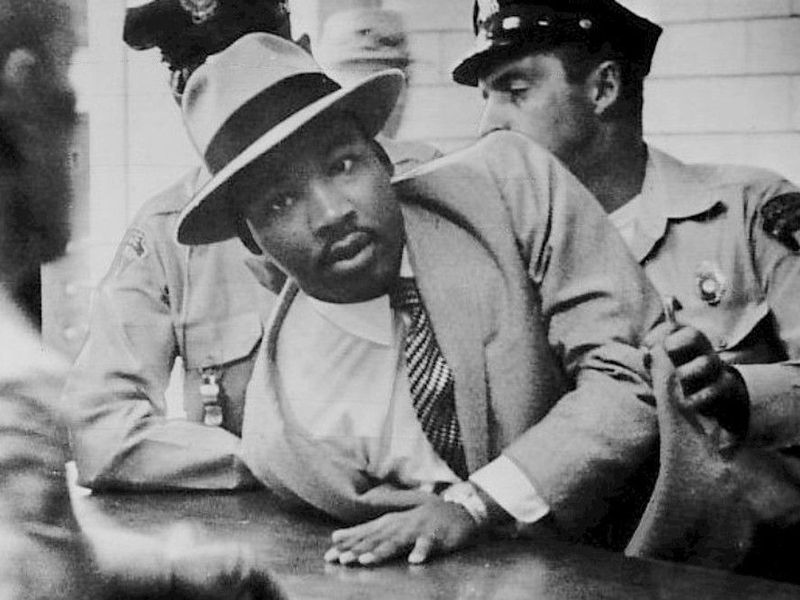 Jesus is on his way to Jerusalem, where he will lay down his life.

At that very hour some Pharisees came and said to him, “Get away from here, for Herod wants to kill you.”  He said to them, “Go and tell that fox for me, ‘Listen, I am casting out demons and performing cures today and tomorrow, and on the third day I finish my work.  Yet today, tomorrow, and the next day I must be on my way, because it is impossible for a prophet to be killed outside of Jerusalem.’

Jesus’ ministry was a threat to the status quo.  The Pharisees deliver a message to Jesus regarding King Herod’s violent intentions towards Jesus, warning him to not go to Jerusalem.

Sharing our humanity, he must have felt fear knowing that choosing to stay the path he was facing death and a very painful one at that.  It is safe to assume that Jesus derived courage that through his contact with God through prayer.  Numerous times Luke describes Jesus spending time alone with God receiving anew the Spirit upon which he relied.

As a newly ordained pastor at the age of 26 Martin Luther King was thrust into the role of leader of the Montgomery Bus Boycott.  He received countless phone calls with death threats at the home he shared with his wife and ten week old daughter.   Late one night eight weeks into the boycott King hit what he called a “saturation point.”  Utterly exhausted he received yet another particularly disturbing death threat.  He couldn’t sleep.  Sitting at his kitchen table feeling absolutely overwhelmed he tried to think of some way he could take his family and slip away. Trembling, King began to pray.  These are the words he recalls praying:

“Lord, I’m down here trying to do what’s right. Now, I am afraid. And I can’t let the people see me like this because if they see me weak and losing my courage, they will begin to get weak. I am at the end of my powers. I have nothing left. I’ve come to the point where I can’t face it alone.”

Shortly after praying these words, King experienced the presence of God more powerfully than at any previous time in his life. He heard a voice from within saying, “Stand up for justice and I’ll be with you every step of the way.” A great calm descended upon him.

Three days later King’s house was bombed while he and his wife and baby daughter were at a crowded church service King was leading to encourage the weary.  They all rushed down the street to King’s house.

King stood on the front porch of his burning house with the people he was leading gathered before him.  The people were enraged and ready to commit violence. King proceeded to give a powerful speech declaring that as they stood strong in resisting the oppression and injustice they were suffering they must remain committed to the way of non-violence, keeping faith with Jesus.  Historians describe the speech as a turning point in the civil rights movement.  But King testified that the actual turning point had occurred three days earlier when he sat at that kitchen table in prayer and his fear gave way to the powerful love of God.

The Montgomery Bus Boycott would last another ten months before the white power structure would finally give in to their demands.

Where do you need courage in your life?  There are moments in life when fear evaporates, but more commonly courage doesn’t mean the absence of fear – it means simply finding the will to do what needs to be done in spite of fear.

Hearing King’s story and hearing also how heavily Jesus relied upon prayer in his ministry we would do well to consider what we really believe about prayer.  The clear message in Luke’s Gospel and his sequel, the Book of Acts is that when people bring their whole selves before God in prayer with open and humble hearts they access the power and wisdom of the Holy Spirit.

Perhaps we don’t really believe this because we haven’t really tried to pray in such an open and vulnerable manner.  If you are like me in the course of your day you flash words of prayer towards God.  This can be a very helpful thing.  But perhaps there is a deeper level of prayer to which we need to go in which we set time apart for no other purpose than to seek to be an open and receptive vessel for God to pour the Holy Spirit.