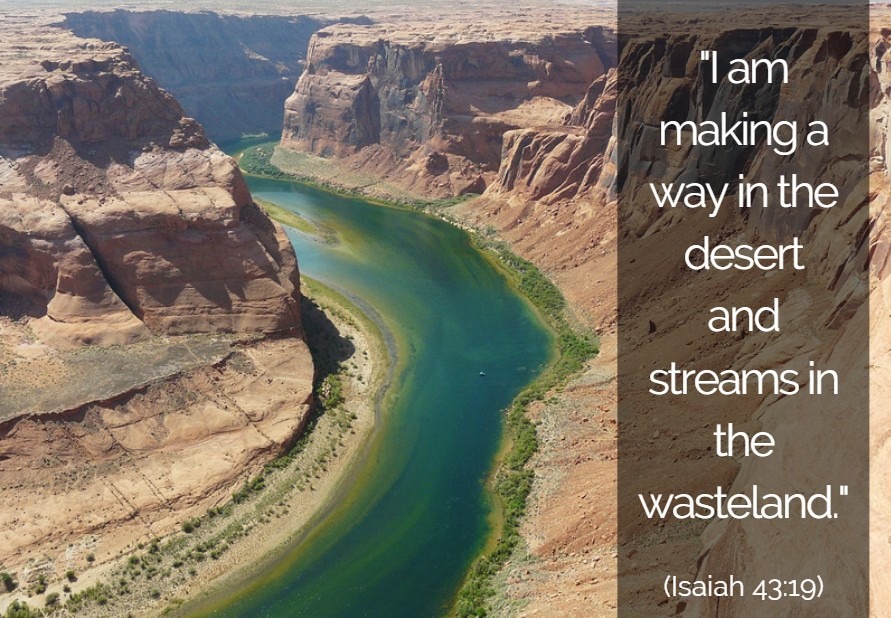 In Jewish Biblical history the greatest challenge to their faith occurred when what was called the Babylonian Exile took place.  The Jewish people were over run by the armies of Babylonia.  The temple was razed and the leading citizens were taken as prisoners to live in captivity in Babylonia.  To the people it felt like God had utterly abandoned them.  Nonetheless, for fifty years the Jews in living in exile maintaining their identity and their faithfulness to God, recalling the stories of old.

The prophet Isaiah, however, invites them to imagine God doing a new thing – one that will include a way made through the wilderness through which the captives will return to their homeland.

Thus says the LORD, who makes a way in the sea, a path in the mighty waters,
who brings out chariot and horse, army and warrior; they lie down, they cannot rise, they are extinguished, quenched like a wick:
Do not remember the former things, or consider the things of old.
I am about to do a new thing; now it springs forth, do you not perceive it? I will make a way in the wilderness and rivers in the desert.
The wild animals will honor me, the jackals and the ostriches; for I give water in the wilderness, rivers in the desert, to give drink to my chosen people,
the people whom I formed for myself so that they might declare my praise.

The prophet begins by referencing the mighty deeds of the past – the deliverance of the Jewish people in generations past from their captivity to Pharaoh with his “chariot and horse, army and warrior.”

The prophet invites the people not to take their bearings from the former things – the release from bondage of generations past when God delivered the people from captivity to Pharaoh.  No, a new thing is about to occur; a new deliverance.  This new thing requires a willingness on the peoples’ part to let go of the past and to begin living into what God is bringing about.

God is still in the business of forming a people for Godself – a people who will be free and open vessels of God’s love moving into the future.  How is this happening in your life?

Where in your life do you need to let go of the old in order to embrace the new thing God is seeking to do in your life?