Music as the Bulwark Against the Forces of Chaos and Destruction 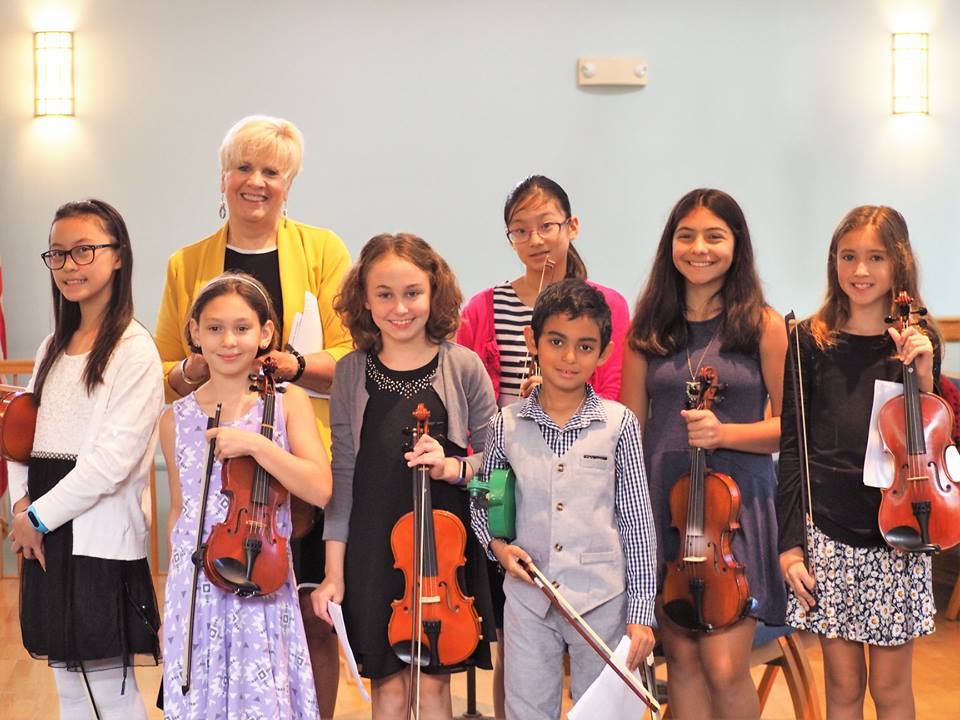 A sermon preached on October 7th, 2018 based upon Psalm 8, and on the occasion of our bi-monthly visit from the Allegro Music Academy.

There is a lot going on in this little psalm.  It is framed at beginning and ending with a line of pure praise:  “O Lord, our God, how majestic is your name in all the earth.”  It glories in the wonder of creation, and ponders the special place given to us human beings in creation.

But what is easily missed in the psalm is the passing reference to forces of destruction and chaos – referred to as “God’s foes… the enemy and the avenger.”  Each of us both individually and collectively as a nation know first hand the power of these forces of chaos and destruction.  At times they tempt us to despair.

In the psalm says that God has created a “bulwark” against these dark forces.  I needed to look up precisely what “bulwark” meant. It means a defensive wall, one that keeps out these forces of destruction.  It also refers to an extension of the sides of a ship, which is significant because for good reason in the ancient mind the clearest expression of the forces of chaos was the deep, dark, destructive waters of the oceans into which the sailors on a ship could so easily be annihilated.

What exactly is this bulwark that God has created against such forces?  It is easily missed.  “Out of the mouths of babes and infants you have founded a bulwark…”

There is something powerful, is there not, to the sight and touch and sound – particularly the cooing sounds – of a little baby. Such sounds are perhaps the purest expression of “praise” – the affirmation beyond words of the gift of life and the source from which all life comes. As somebody once said, “A baby is God’s sign that the world should go on.”

(I think of the Neonatal ICU Grandpa I referenced last week, the 82 year old man who spends two days a week cradling primi babies.  He says he receives as much as he gets.  To hold such babies is to in some sense hold “praise” itself.)

Praise arises within us as we ponder the “work of God’s fingers” with a walk in the woods or contemplate the view from a mountaintop: as in the words of the hymn we just sang, “Then sings my soul… How great thou art!”

On this Sunday in which once again we are blessed by the offerings of eight violinists with our bi-monthly visit from the Allegro Music Academy we recognize that beautiful music is pure praise.   On his tombstone, Kurt Vonnegut wanted written:  “The only proof he needed for the existence of God was music.”  The poet Edna St. Vincent Millay.  “I can whistle almost the whole of the Fifth Symphony of Bach, all four movements, and with it I have solaced many a whining hour to sleep. It answers all my questions, the noble, mighty thing, it is ‘green pastures and still waters’ (a 23rd psalm reference) to my soul. Indeed, without music I should wish to die.”

And so as the psalm itself is framed by lines of praise, so the innate praise that is contained in the sweetest of music serves as a bulwark against those forces of chaos in this world that would tempt us to despair.

In my children’s sermon, I told the children of Vijay Gupta who it was announced this week is one of the recipients of the MacArthur Genius Awards.  Vijay is a 31 year old violist, who at the age of 19 was the youngest violinist ever to play in the Los Angeles Symphony.  He did not receive the award for the fact that he is an extraordinarily gifted musician but rather because of his vision to bring beautiful music out of the exclusive confines of Walt Disney Concert Hall where people pay $250 a seat to hear the symphony and out into Skid Row, a part of Los Angeles just a mile from the Concert Hall where one out of three people is homeless.  He recruited fellow musicians and formed “Street Symphony” which performs in various venues for the people at the bottom rungs of our society.  At Christmas time they have what the call the “Messiah Project” where a combination of professionals and amateurs perform Handel’s greatest piece, “Messiah.”

I read about a man named Don who is a Desert Storm veteran who following his discharge witnessed the utter collapse of his life as a result of the PTSD.  Depressed and addicted to heroin Don became homeless in Skid Row.  Don has a beautiful tenor voice, and became a soloist in their performance of Handel’s Messiah.  According to Don, the experience of being a participant in the creation of this exquisite music helped to heal his wounded soul.

Apparently Handel himself, and many other great composers suffered from mental illness.  He wrote his Messiah in 1741 when his life was spiraling downward after a series of failed pieces had him headed towards debtor’s prison.  He was given a grant from charitable organizations in Dublin to compose a piece for a performance to raise funds to set people free from Debtor’s prison.  In just 24 days with the Holy Spirit blowing through him Handel worked practically non-stop.  An assistant found him in tears declaring “I did think I saw heaven open, and saw the very face of God.”

Vijay Gupta has shared that he too has struggled with depression.  When he was a youth his parents put him under extreme pressure to achieve. He entered college at age 14, graduating at 17 with a degree in Biology.  So much younger than the other students, Vijay often felt extreme isolation.

Ultimately Vijay chose his own way but at a cost.  He turned his back on his parents vision that he become a doctor. Later his parents disowned him when they disapproved of the woman he married.

Vijay is grateful for the people who supported him through his dark times, and for the power of music (which for him has always been “worship”) for keeping him from ending up in a place as dark as the one in which Don found himself.  He can empathize with the people like Don that he meets through Street Symphony.  He knows the power of music to be a bulwark against the temptations of darkness.

Psalm 8 contemplates the mystery of human beings place in this marvelous creation:

When I look at your heavens, the work of your fingers, the moon and the stars that you have established; what are human beings that you are mindful of them, mortals that you care for them? (Psalm 8:3,4)

Essentially the psalm declares that we human beings have two basic purposes.  The first is to have “dominion” over creation, a term that has often been grossly misinterpreted as meaning we have been given permission from God to abuse the earth for our selfish desires. No, we are to be good stewards of this holy earth.

The second is to be the creatures who give God praise, which is to say the creatures that stand in awe of the wonder of creation – the beauty of which is expressed in the very best music.   It is through giving God praise that we keep the forces of destruction in check.