Mark 1:5-11 — On Demagogues and Discerning the Truth 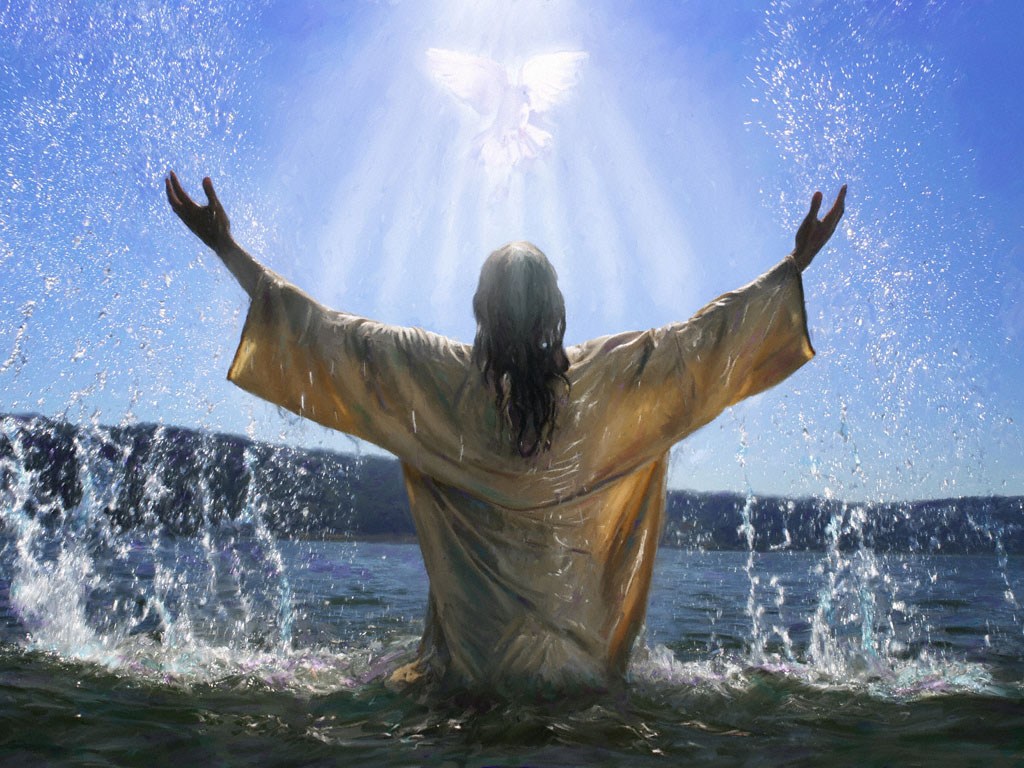 A sermon preached on January 10th, 2021 based upon Mark 1:5-11, entitled “On Demagogues and Discerning the Truth”.

This Sunday is known as Baptism of our Lord Sunday, in which we remember the baptism of Jesus and the truth revealed when Jesus came down to the River Jordan to be baptized by John.   We remember Jesus’ baptism and as we do, we are invited to remember our own baptism into Christ’s church.

Oddly, I can’t recall ever giving much thought to my own actual baptism.

Like most of you who were baptized as infants, I have no memory of my baptism which took place 65 years ago in Mississippi at the Galloway Methodist Church, a prominent congregation downtown in the city of Jackson.

My family went to this church regularly until we moved up north in 1960 when I was five years old, but I have no memory of the church.

What I know now which I doubt I had any clue about then was that the church did not allow Black people to be a part of the congregation.

Not long after our move up north in 1960 some Black college students attempted to enter the sanctuary one Sunday for worship and the ushers blocked them from doing so.

Sixty years later it is pretty easy for us to recognize the sin committed that day by those ushers and pat ourselves on the back with confidence we would never do such a thing today.

But those ushers were living in a different moment in history with unquestioned assumptions that were held by most white people at the time that segregation was simply the natural order of things – indeed, God’s will.

We should have humility regarding how we would have viewed things were we there that day.  Can we say for certain had we been living in that time and place that we would have been able to recognize the truth that in not welcoming Black people they were going against the truth revealed in Jesus Christ?

It seems that some arrogance on our parts is required to claim we are certain we would have seen things differently.

A remarkable thing happened inside that church that day. The senior pastor of the church – the Rev. Dr. W. B Selah — was in the pulpit from which he had preached for 19 years.  When he realized what was taking place at the entrance of his sanctuary Dr. Selah cut short his sermon.  He told his parishioners that in spite of his love for them, he could not serve a congregation that would turn away persons because of the color of their skin.

The Church Council, unwilling to let go of their belief that segregation was God’s will accepted Dr. Selah’s resignation and his days of serving their pastor abruptly came to an end.

It was an extraordinary act of courage and faithfulness on the part of the pastor, and as a pastor myself I am further challenged by the question of what I would have done in his situation.  Would I have had his clarity and courage?

I must acknowledge that I cannot say for sure.

Here is what I can say regarding my baptism:  Even though it took place primarily because it was seen as simply what good, Christian folk were supposed to do and that it took place in what in retrospect seems like a sham church – one that was largely resisting the movement of God’s Spirit — my baptism that day long ago nonetheless marked the beginning of my Christian journey, a journey that led to my surprise and the surprise of a great many others – particularly  when I left the church for a time as an adolescent for all intents and purposes declaring myself an atheist — to a lifetime spent serving as a pastor.

And if in that moment of history the Galloway Methodist church was something of a sham, the seeds of the Gospel were nonetheless present.  The congregation would decline in membership until the 1980s at which point it made a new commitment to see itself – in the words posted now on their website – not as “Fort Galloway” but as “Port Galloway” – a launching pad of mission to a hurting world.  They became a racially diverse church embracing their new slogan, “We are the hands and feet of Jesus in downtown Jackson and beyond.”

The church openly acknowledged its sins of the past and committed itself to ministry to the poor of all races in their neighborhood of the inner city.

I wrote the heart of this first part of my sermon this past Tuesday.

On Wednesday the deeply disturbing events took place in our nation’s capital – when certain people fully convinced they were seeing the light and revealing truth violently invaded our capital building.

How do we know whether we are seeing the truth in an age when accusations of “fake news” are found all across the political spectrum?

How can one know for sure who is seeing the light and who is deluded?

The events of Wednesday led me to turn back to our Gospel reading with the theme of demagoguery in mind.

I did a little reading on the subject.  Demagoguery has a long history dating back to the early democracies of ancient Rome and Greece.

The formal dictionary definition of a demagogue is “a person, especially and orator or political leader, who gains power and popularity by arousing the emotions, passions, and prejudices of the people.”

A demagogue projects an image of caring for the people, but in truth is driven by a lust for power – by the intoxication of power.

The word demagogue is thrown about a lot these days, typically by members of one political party accusing the leaders of the opposing political party.  How can we tell the difference between the demagogues and the prophets?

As with my example of the church in which I was baptized, sometimes truth is recognized only as time passes.

During the civil rights movement, there were plenty of people who would have told you with absolute confidence that Martin Luther King, Jr. was a demagogue and that George Wallace was a great American hero.

One scholar of ancient classics scholar offered this simple test in identifying a demagogue:  “If the would-be leader promises to give, restore, insure, or enhance a country but never asks the citizens to sacrifice, pay, serve, or simply work, then this leader is a potential demagogue.” (Loren J. Samons II, Professor of Classical Studies at Boston University.)

By that standard, she noted most politicians would qualify at least to some degree as practicing demagogues.  She noted that one piece of rhetoric that went against the grain in this regard was John Kennedy’s famous line, “Ask not what your country can do for you, but what you can do for your country.”

She noted, however that Kennedy said this in his inauguration, not when he was campaigning for votes.

So John the Baptist appeared in the wilderness, and his invitation to people to come out to the Jordan River to undergo a baptism of repentance for the forgiveness of sins inspired a mass movement, primarily among the poor people of Judea — people largely powerless in relation to the political and religious authorities of the day.

From the point of view of the religious and political authorities, John would surely have been seen as a demagogue.  He was offering something that in their minds wasn’t his to offer – the forgiveness of their sins by God.  God’s forgiveness was administered by those who ran the Temple, through an elaborate, costly process of offering animals for the priests to sacrifice on their behalf.

But John was not a demagogue, and I say this for a couple of reasons.

First, his message was addressed to all people, not just some with the implication being that everybody was a part of the problem and everybody needed to embrace the humility that is willing to do some serious soul-searching in order to experience God’s grace.  If you haven’t undergone that often painful soul-searching you can’t just buy yourself God’s forgiveness with the purchase of a couple of animals at the Temple.

John invited people to undergo a symbolic ego death – never an easy thing — which is what being dumped under water represented.  A great deal was required of those who responded to his call.

Secondly, real demagogues are narcissists.  They lack humility.  John made it clear the movement wasn’t about him.  His purpose was to point beyond himself to Jesus and his Kingdom where there is room in the circle for all.

In the second part of our reading Jesus shows up, his first appearance in the Gospel.  As the Gospel story proceeds in short order Jesus will also be seen by the religious authorities as a demagogue.

Let’s consider Jesus’ baptism.  First, it was on his part an act of utter humility.  Even though one could argue that he had the right to stand apart, above, smiling approvingly down on all these broken sinners making the movement of repentance, that is not what Jesus did.  He got in line, waiting his turn, humbling himself by submitting to John’s baptism.

In doing so, he cast his lot with all of humanity – we who routinely struggle and lose our way – who often can’t tell the difference between what is truth and what are lies – we who often claim knowledge that is only God’s.  In the waters of baptism, Jesus declared he is for us — with us — not just some of us, but all of us.

It is only after Jesus has made this act of total self-surrender, this act that acknowledges his intimate connection to all people that he has what in Mark’s Gospel is a deeply personal experience of God revealing truth to him.

It is only after Jesus empties himself in utter humility, casting his lot with all people that he receives a vision of heaven “torn open” and the Holy Spirit descending upon him like a dove.  And it is in this movement that his identity is established.  He is God’s beloved child – God delights in him.

With Jesus as our guide, we can say a political leader becomes a demagogue when he lacks humility, can’t acknowledge his or her mistakes, and does not aspire to be a leader of all citizens, not just some citizens.

In our baptism we get to stand where Jesus stood, with God calling us the beloved, God ready and willing to empower and lead us by the Holy Spirit.

But there are two things required of us to take hold of the promise of our baptism.

We’ve got to humble ourselves.  We’ve got to be willing to take a hard look at ourselves – to acknowledge our own inner darkness — the ways in which we have done damage in this world.

We need to intentionally question the places where we believe things unquestioningly – about ourselves and other people.   The evils committed this past week were by people who were absolutely certain that what they believed was true.

In words I listened to recently on a podcast, “Don’t believe everything you think.”

The other thing we have to do, which goes hand in hand with humility, is to acknowledge the deep connection God has created for us with all other people – not just some other people.  We need to honor our connection to people we don’t find easy to love – people with whom it can seem we agree about very little.  Sometimes these are people we don’t often interact with — sometimes they can be people with whom we live.

Turning back to the disturbing things that transpired Wednesday, we know that as Paul said in Romans 8:28 in all things God works for good through those who love God.

Where it can seem like we are drowning in the waters of chaos, the Spirit is as work.