Our Citizenship is in Heaven 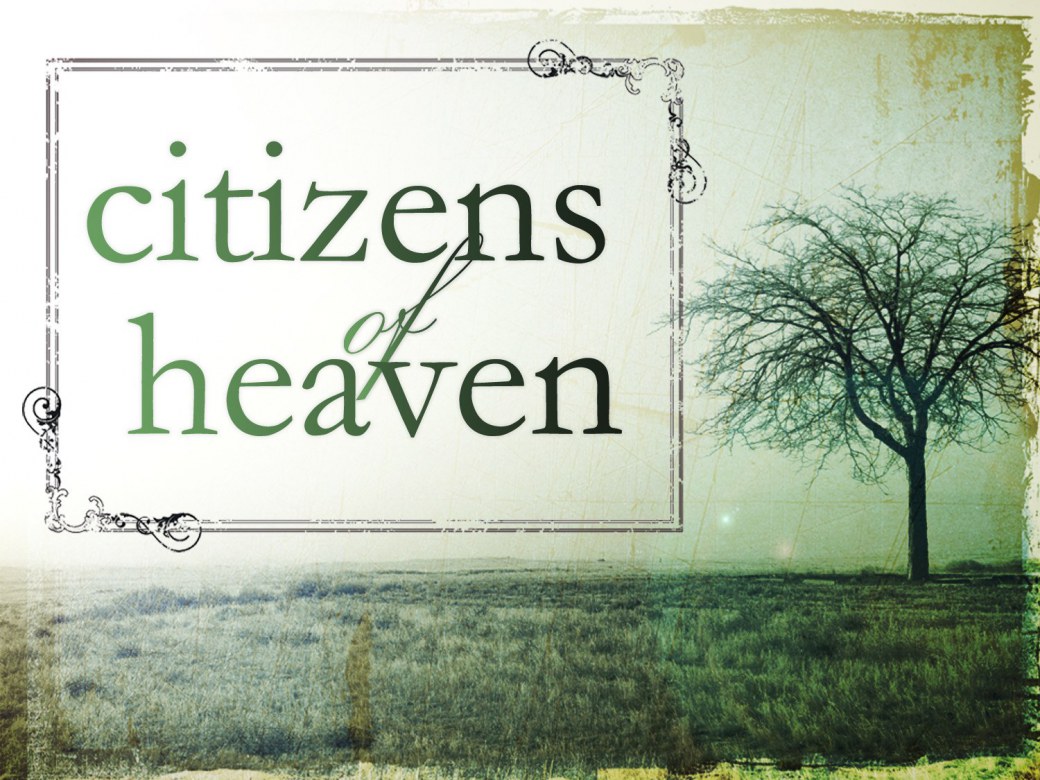 A quick primer for those who might not be familiar with the Apostle Paul:  A significant portion of the New Testament is made up of letters written by Paul to churches he helped start scattered around the northern shores of the Mediterranean Sea.  Paul began as a Pharisaical Jew who believed that salvation was only found in keeping the 524 laws of the Torah.  He persecuted the earliest Christians because in his mind their claim that the messiah was somebody who ended up nailed to a cross was blasphemous. Paul had his life turned upside down on the road to Damascus when he met Jesus in a blaze of blinding light. To his great surprise instead of receiving condemnation he received a call to be the apostle to the Gentiles.  Set free from his obsession with keeping the Law Paul’s central focus became “Christ crucified” and the freely offered grace of God therein revealed. His letters are attempts to help the congregations stay the course.

Brothers and sisters, join in imitating me, and observe those who live according to the example you have in us.
For many live as enemies of the cross of Christ; I have often told you of them, and now I tell you even with tears.
Their end is destruction; their god is the belly; and their glory is in their shame; their minds are set on earthly things.
But our citizenship is in heaven, and it is from there that we are expecting a Savior, the Lord Jesus Christ.
He will transform the body of our humiliation that it may be conformed to the body of his glory, by the power that also enables him to make all things subject to himself.
Therefore, my brothers and sisters, whom I love and long for, my joy and crown, stand firm in the Lord in this way, my beloved.

Paul’s language can be challenging to our ears.  What does it mean to be an “enemy of the cross of Christ”?  It is to reject the way of Jesus who, as Paul said earlier in this letter, “took the very nature of a servant” and “humbled himself, by being obedient to death – even death on a cross.” (Philippians 2:7-8)

It is in following in the way of Jesus that true freedom is found, because otherwise we live in bondage to “earthly things.”  This isn’t to say that the things of this earth aren’t good – they are.   But when we become consumed with the need to possess these good things exclusively for ourselves in order to achieve status in the eyes of the world, these things become a kind of god to which we are enslaved.

“But our citizenship is in heaven,” Paul says as one who on the road to Damascus caught a glimpse of heaven. Heaven is eternal — more real in a sense than this world, and closer than we know.  Remembering our ultimate rootedness in this reality keeps the world from possessing us. Those in power do not hold sway over us.  Their ultimate threat is to kill us, but knowing that heaven is our final home takes away the sting of death. As we watch our bodies decline as we age we trust that in death “our bodies will be conformed to the body of glory.”  We will receive bodies like the one in which Jesus appeared in his resurrection.

To live out this freedom is easier said than done, but the place to begin is with paying attention to persons who have learned something of how to do the “Jesus walk” with a free and graceful spirit. Such people are the people we should seek to imitate.

Focusing our attention on those who are all about climbing the world’s status ladders will simply keep us in bondage to misery.

Who are the people you can imitate who seem to “stand firm in the Lord”?