Paying Attention to the Forks in the Road 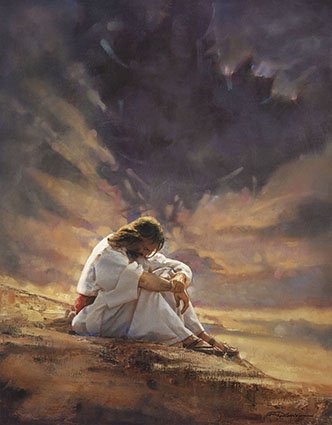 Fourteen years ago I was fortunate to receive funding to take a three month, clergy renewal Sabbatical.  The central piece to this time involved a trip I made to northern California where I spent four days alone camping in a redwood forest during which I fasted. A “Spirit Quest” it was it’s called.  The base camp for the Quest was a Presbyterian Church Camp. The day before the quest was to begin by spiritual director instructed me to hike up trails of the small mountain beside the camp with two gallon jugs of water and locate a spot where I would spend my four days alone.

I found a lovely spot in front of an old Redwood tree.  After leaving my two gallons of water and taking note of the location of  the spot off the trail I hiked back down to the base camp where I picked up two more gallons and hiked once more up to my campsite to deposit them as well.  No problem.   There was a misty rain, and the afternoon was growing late, but I had accomplished the hard part.  All I had to do now was hike back down the mountain, which I set out to do swiftly and confidently.

When I realized I had made a wrong turn I backtracked to try and find exactly where I’d gone astray, but this proved to be difficult.   The sun was setting.  I quickened my pace as my anxiety began to rise.  The darker it got, the less familiar everything looked.  Eventually the sun did in fact set.  Fortunately I had a flashlight and I continued on searching for the correct path down to the basecamp.  My anxiety was pretty intense by now.  There was some anxiety about spending the night in the forest without my tent or sleeping bag.  The anxiety had more to do with my embarrassment.  My spiritual director was waiting for me at the base camp.  I knew that she would be growing alarmed at my failure to return, and that probably at some point she would notify the authorities and a search party would be sent out for me.  How embarrassing would that be?

Well, eventually I did find my way back, and with the exception of some blisters on my feet for all the extra hiking I had done I was no worse for wear.

But I was humbled.   I had assumed with some degree of arrogance that I had this forest mastered.

At daybreak the following morning when I set out to hike up the mountain to begin my quest I did so as Psalm 51 from Ash Wednesday puts it, with “a broken and contrite heart.”

The experience became something of a metaphor for the journey of life itself.   There was a fork in the road and I had missed it

I had missed it perhaps because I was going too fast.

I had missed it because I wasn’t paying attention.

Life is about choices, and I would suggest the vast majority of the choices we make we don’t even notice.

To choose not to choose is to still choose.

How does a politician who goes into politics with good intentions to make a contribution end up becoming corrupt?

How does a marriage that starts off with two persons “in love” making holy vows to one another end up in divorce?

How does a job that begins with hope and idealism end up being a matter of just going through the motions in order to pick up a paycheck?

Generally speaking, there wasn’t one decisive place where a bad choice was made — the wrong path taken at a particular fork.

No, it was thousands – maybe tens of thousands — of little choices along the way.  Most of the choices, like mine in the forest, we didn’t even recognize we were making.  Before long the choices became habits.

Something similar can happen with our relationship to God.

So Jesus went to the River Jordan and was baptized by John and soon thereafter he heard the voice of God calling him the beloved son, and he was filled with the power of the Holy Spirit.

If we were hearing the story for the first time we probably wouldn’t guess what happens next.  We’d probably expect him to get to work.

But instead Jesus goes out into the wilderness for forty days to be tempted by the devil.

Why does he do this?  He does this because he knows there will be countless forks in the road ahead of him, and in that fast-paced manner that life comes at us, the implications of the choices won’t always be obvious.

And so he spends forty days anticipating those forks – those choices – in order that he might choose decisively in advance the path God was calling him to take.

He feels the temptations – the attractions of the “wrong” paths.

As God’s beloved son – as the messiah sent by God – he has been given power – the power represented in the temptations to turn stones to bread and to leap off the top of the temple to be caught by angels.

On occasion Jesus will put the power he has been given to use.  He will heal sick people and feed five thousand poor people who have followed him out into the wilderness.   He will give people a glimpse into compassionate heart of God.

But his mission isn’t to be a miracle man – to fix all our earthly, bodily problems.  “Man does not live by bread alone,” he declares, which points to the fact that there is more to life that our physical life – there is also our spiritual life – that connection to our true center that is God’s love for us.

It involves each of us recognizing ourselves as God’s children, and embracing our the birthright of freedom to make choices, to take responsibility, to recognize the forks in the road.

The second temptation – to be given all the worldly power of this world – well, there’s real appeal in this.  He could take this power and overthrow the Roman oppressors and the corrupt religious authorities.  He could deliver the people from their outward oppression.

But if we don’t deal with our inner oppression, then new forms of outward oppression will arise to take the place of the old oppressors.

And here’s the thing:  This is what the people want him to be about.  This is the kind of messiah they long for.

They will shower him with praise and adulation if he will be who they want him to be for them.

It will all be very enticing to Jesus’ ego.  And yes, since Jesus was human just like you and me, that means he had an ego that could be appealed to.

But Jesus turns down the devil’s temptations.  He chooses to stay close to God and the humble path that God has called him to forge.  He will please God; not the adoring masses.  And as Luke in particular makes clear, in the end the masses will turn against him for not being who they wanted him to be.

Luke tells us that Jesus repeatedly went off by himself through the course of his ministry to pray – to be alone with God – which says something about how powerful the pull can be to take the wrong path.

So there is this struggle going on in this world between good and evil, light and darkness, and if we think this struggle is taking place only out there somewhere, we deceive ourselves.

The struggle takes place in the hearts of each of us:

To live with prideful arrogance or to walk humbly with our Lord.

To harden our hearts, or to choose love, choose forgiveness.

So Lent is a good time to begin paying more attention to the choices we make, the forks in the road, the paths we passed on by because we were going too fast to pay attention.

Lent is a time to see our lives more clearly.

It is a time for repentance – which isn’t about feeling bad about what a miserable sinner we are – rather, to repentance involves changing directions:  from walking away from God to walking with God.  It may be that the need for repentance – to change direction — involves particular portions of our lives that we have managed to compartmentalize.  We take a hard look at our lives and recognize places where we’ve been heading in the wrong direction and need to turn back – towards, God, towards the light towards love.

All of this requires extended times of stillness and prayer.  And what we may see are habits that have been established over time and which we find ourselves powerless to break. requiring us to intentionally turn towards God in humility asking for the power to do that which we cannot do by ourselves.