Paying Attention to Your Life 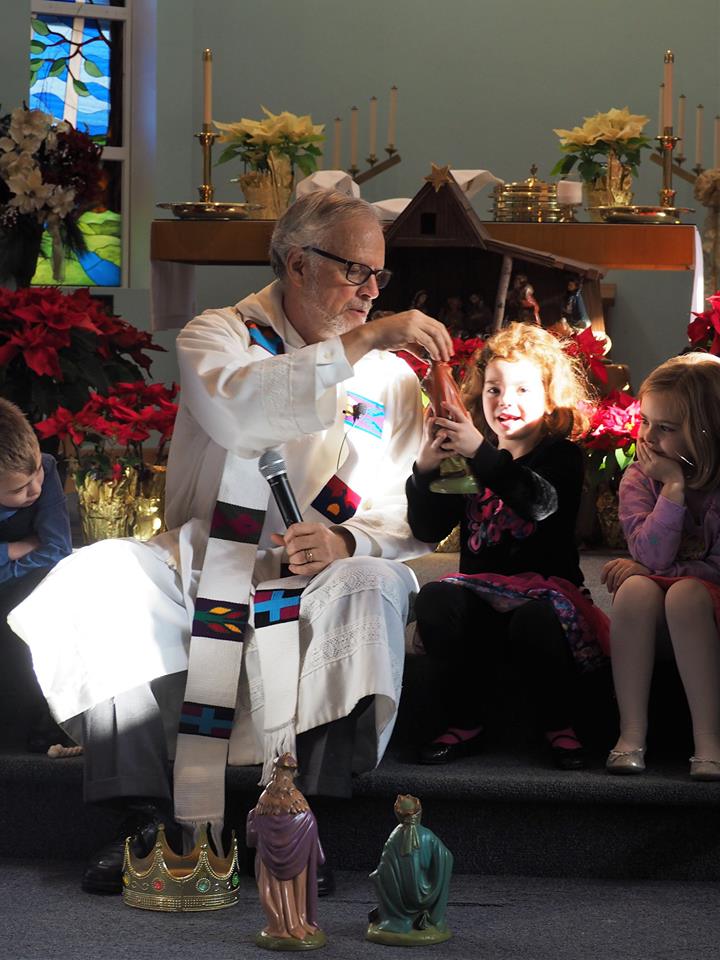 Today is Epiphany Sunday, and with it we enter into the season of Epiphany which lasts till Lent.  The season focuses our attention on the revealing of the light of God that once was hidden and it begins with this wonderful story of the Magi seekers from the east who follow the light of a star to find the light of a baby in Bethlehem.  Next week we will hear of Jesus’ baptism, when a seemingly ordinary man enters the waters of John’s baptism the heavens suddenly open up.  Epiphany culminates in a couple of weeks with the story of the Transfiguration, when Jesus in need of some time away takes three disciples up to a mountaintop for a retreat where suddenly the very light of God shines forth from his body.

The light shines most clearly in Jesus, the light of the world.  It shines, however if only we have eyes to see it, pretty much everywhere, and having seen it in Jesus our eyes are opened to recognize this light throughout creation.

In the church calendar Epiphany occurs right after the new year – this annual reminder of the passage of another year.  The larger significance of another year having passed is the awareness that each of us is given only a limited amount of time in this life. Recently, I’ve received news of the deaths of two men close to me in age — both seemingly in good health — David Turner’s brother, Ian Crawford’s brother – each suffering massive strokes.  I am reminded that “We know not the hour or the day.”

So the question raised by this consciousness that our time on earth is limited is this:  “Am I living my life well?” The criteria to assess whether a life is well-lived life varies broadly, and in our story we have two distinctly different expressions of how to live one’s life.

One is King Herod.  He represents the misguided but oh so common notion that a well lived life is one that is marked by attaining wealth, privilege and worldly power.

There is no depth to the life Herod is living.  His sole concern is his himself – not even his full self, but the little shell of himself that is his ego.  And the shallowness of his life is expressed by the fact that he is shaken to the core with the news that another king of Israel has been born.

Herod’s life is fraudulent, expressed in his lie he tells the magi of his desire to also come and worship the child.  With his ego enthroned at the center of his life, he has no capacity for true worship – no capacity to stand in humility and awe before God.

So in spite of his wealth, privilege and worldly power Herod’s life is remarkably shallow, revealed with the fear that arises within him in the news of the child’s birth, and perhaps more clearly with his knee jerk reaction to that fear:  he feels compelled to eradicate what he perceives to be the source of the threat.

But sometimes that which causes us fear has something to teach us.

The other example of how to live life is that of the Magi who presumably overcame a lot of fear in making their long journey from the familiar into that which was distinctly unfamiliar.  Their embrace of life is expressed in the recognition that sometimes we have to move out of our comfort zone to live life in the depths.  There is an openness to new experiences in the Magi that allows them to contemplate the great mystery that is life and the wonder of God.  Surely they have egos – we all do – but they are able to rise above their egos to seek that which is infinitely larger than their little egos.

They embark on a great journey in search of the light of God, but in the end, they find that light in the most ordinary of places:  in a young peasant child living in obscurity in Bethlehem – a child that presumably the vast majority of people who encountered him saw nothing extraordinary.  And having seen this light, when they return to their old familiar homes, presumably their eyes have been opened to seeing that light in very ordinary places.  The light revealed in the flesh of the Christ-child is, as the beginning of John’s Gospel tells us, the same light with which all creation was made.

New Year’s resolutions may be helpful, but for myself I feel the need to encourage simply a paying greater attention to the gift of life itself.   I think this is one way to understand Jesus when he said, “seek ye first the kingdom of God…”

What would it mean for us to live life more out of the depths rather than the shallows?

And for me I realize that this requires a kind of internal slowing down.

I am aware in my own life I often succumb to this ongoing pressure to abandon the present moment – to constantly focus on some time in the future. There are these lists of things that need to be accomplished, and a certain anxious preoccupation to get the things on my list accomplished, with the unconscious assumption that real life can’t happen until I take care of the things on my list. These lists are produced in part by the expectations of the world that I should be as Jesus said of Martha, “anxious and troubled by many things.”

When I feel hurried I can’t really pay attention.  Other people become hindrances – irritants – to getting my list completed.  I don’t take in the mystery that is every single other human being.  I lose the capacity to offer the kind of listening that invites others to reveal their light to me.

When hurry leads me to live in the shallows, then I can’t really take in nature or works of art as blessings of beauty.  I see them only for their utilitarian value.

What would it mean for you to live life out of the depths rather than the shallows, or to be intentionally open to perceiving the light that is present?

And our fears?  What would it mean to – unlike Herod – to pay attention to our fears and not merely respond with the compulsion to remove the perceived threat? The thing about light is that often it is not fully appreciated without entering into the deep darkness.  What might the times of darkness – the times of fear – have to teach us about the love and faithfulness of God?

How might aware in each moment, regardless of what I find myself doing to be a vessel of God’s love?