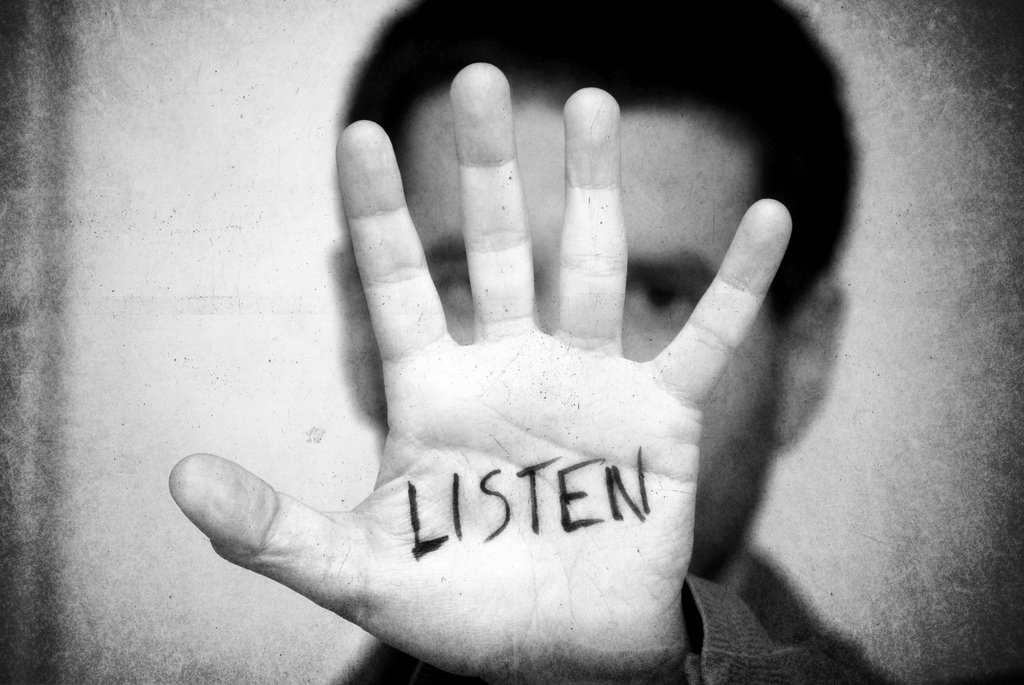 One intention that would be worthwhile for all of us is to become a better listener. Listening is one of the most basic forms of love.

Oftentimes when we are talking with someone our mind is elsewhere – perhaps on our “To Do” list.    Sometimes in the course of a conversation something said by the other person triggers a thought we want to give voice to and we cease to really listen – we just bide our time until an opening occurs in the conversation for us to start talking.

Perhaps we could seek to spend more time listening and less time talking with the people we interact with routinely.

It would also be a good thing to seek out people who rarely get listened to, and as a result feel largely invisible.  When I go to nursing homes I see residents with rich stories of the lives they’ve lived, but no one invites them to tell those stories – so it’s as if the memories are a mirage.

You don’t have to go to a nursing home, however to find someone who has grown accustomed to not having anybody care enough to deeply listen to them.

In this divided world of ours, it would also be helpful if we sought out someone to listen to deeply whose worldview seems to diverge significantly from our own.  Often we either avoid speaking with such people, or if we do it is with the intention of demonstrating to them why the way they see things is wrong.

What would it mean to seek out conversations in which our primary intention is to try and see the world from the other person’s point of view?  This would involve asking lots of questions not only about the “logic” of their point of view, but perhaps more importantly about the experiences the person has had that helped shape the way they see the world.

To be able to do this it would require the humility on our parts to acknowledge that we are not God and therefore our view of the world is imperfect – impacted by our own biases.