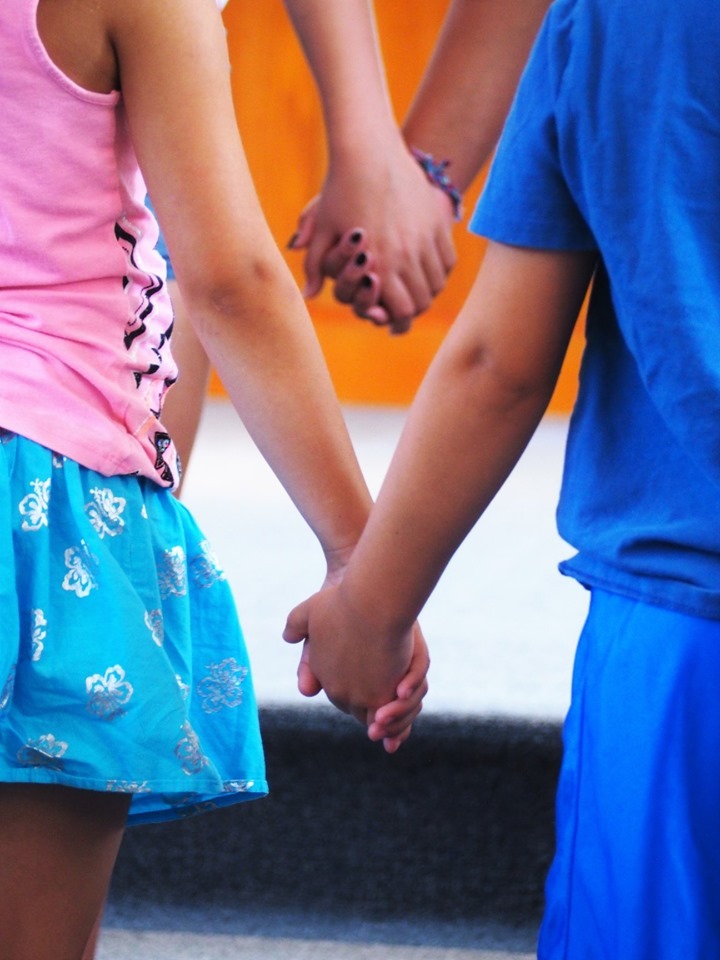 We tend to turn the world into binary categories.  That is: either this, or that.  Either you are conservative or liberal, masculine or feminine, introverted or extroverted.

Although we need categories by which to organize our lives, there is a deep level to reality in which such categories mislead us, because life is far more nuanced than the categories allow.  We feel pressure to fit into the boxes of categories, and to render judgments about which is better.

In the story of Mary and Martha it can sound as though we are presented with two categories of people:  the reflective, deep thinking, prayerful Mary vs the active, up-and-doing Martha and that Jesus is rendering a judgment as to which type is better:  Be like Mary, not like Martha.

But Mary and Martha are inside all of us, which is a good thing because in this world we need both the capacity to go inward and outward; to simply be in the present moment without an agenda and to actively shape our environment with an eye to the future.

As we move through the life God gives us, the different situations in which we find ourselves call for different responses and we need the capacity to respond appropriately to what each moment presents.

We all have modes of being with which we are more comfortable – our default posture.  In the spiritual journey that is life God is calling us to a greater wholeness, which involves a greater flexibility in the ways we respond to what life presents us.

Perhaps the meaning of this morning’s story is that Martha has misread the moment, and doing so has fallen back on her default mode which is to be up and doing, solving the problems at hand. There is a feast to be prepared for their beloved guest.  Her focus is well intentioned and her work begins as an act of love.

But Jesus doesn’t want a seven course meal.  He wants a simple meal that allows for “soulful conversation.”  And having responded to the moment with the wrong part of herself, Martha’s love gets lost as it is replaced by frustration, resentment, jealousy – leading her to lash out at both Mary and Jesus with anger.

In some other instance – one that called for work getting something accomplished – perhaps it would have been Mary who would receive the gentle rebuke from Jesus:  “Time to get off your butt, my dear and get your hands dirty.”

Perhaps Mary and Martha represent the first two lines of the “serenity prayer”:

Mary is “God grant me the serenity to accept that I cannot change…” the capacity to see that even with all that is wrong, there is a deep goodness to life that the problems don’t eclipse.

Martha is (God grant me) “the courage to change that which can be changed” to enhance life and create justice.

The secret to life is the third part:  “the wisdom to know the difference.”

In Ecclesiastes chapter three we hear these famous wisdom verses:

For everything there is a season, and a time for every matter under heaven:

At time to be born, and a time to die;

A time to plant, and a time to pluck up what is planted…

A time to break down, and a time to build up;

A time to weep, and a time to laugh;

A time to mourn, and a time to dance.

Sometimes the times for weeping and laughing can come in very close proximity.

Jimmy Valvano was a college basketball coach whose career highlight was winning what most people considered an impossible national championship with his team from North Carolina State.  Twenty five years ago he was invited to come to New York for the ESPY awards ceremony to receive a lifetime achievement award, even though he was at the time only 47.

Jimmy was receiving the award at such a young age because his body was full of cancer.  He was dying – in fact he would die two months after giving the speech.   His flight to New York was punctuated with episodes of vomiting, and it took all his strength simply to walk to the podium to give the speech.  He was welcomed with a standing ovation.

The ESPY awards are nationally televised, and these kind of things are tightly scripted, but Jimmy — always happy to talk — rambled on for 12 minutes.  Midway through he laughed and pointed to the back of the theater. “Some guy back there is flashing a sign that says I have 30 seconds,” Jimmy said.  “My body is full of tumors and you think I care about his schedule?”

The crowd burst into applause and laughter at such open-hearted honesty and recognition that this was a moment that required throwing aside the clock.

This was the heart of what Jimmy had to say that night:

“There are three things we all should do—every day!

Number one is laugh—you should laugh every day.

Number two is think—you should spend some time in thought.

And number three is, you should have your emotions moved to tears—

it could be happiness or joy.

But think about it: If you laugh, you think, and you cry, that’s a full day. That’s a heckuva day.”

Standing there with two months to live, Jimmy invited us all to laugh, to think, and to cry – all in the course of a single day.

Over time, if we age with more grace than bitterness, our hearts open to the occasions that call forth laughter, reflection and tears.

I think of ninety year old Sarah, hiding behind the tent curtain, laughing when the angel declared that by this time next year she would have a baby.  How many tears had Sarah shed over the years regarding her seemingly barren womb?

Perhaps Sarah’s laughter was simply a defense against shedding even more tears, or perhaps it contained a mustard seed of faith, who knows? As Jimmy Valvano demonstrated, tears and laughter can come hand in hand in this life. We can say with certainty that a year later when it came to pass that old Sarah held her new born baby, she surely wholeheartedly laughed as well as wept.

I am also reminded of words Gary Schlosshauer wrote on Facebook yesterday regarding his admiration for Fred, his ninety year old father as he watched him take in the surgeon’s words regarding the surgical procedure that awaited him. The surgical procedure is a challenging one for a man of any age, but the one described was nonetheless far preferable to the possibilities that had been imagined.  Wrote Gary:

“If I can only follow in his footsteps and embrace my Dad’s attitude as he listened to the surgeon describe the surgical procedures that awaited him.  His warped sense of humor found a way to joke at such a moment. I am blessed to have a Father such as him!”

Jesus modeled this capacity to express the full range of emotions that life called forth from him.

We are told on a couple of occasions that he wept.  We aren’t told that he laughed, but I suspect the Gospel writers didn’t both because they assumed it went without saying from the way he enjoyed a good party and the way he told funny stories. Jesus had the capacity to tenderly cradle little children in his arms, as well as to angrily speak truth to oppressive power.

Jesus followed the leading of the Spirit in responding wholehearted to what each moment of each day was calling for from him.

There is in the Gospel story a deep awareness of the tragic side of life.  The most loving man that ever lived ends up nailed to a cross because of fatal flaws that are a part of our human nature.  Jesus wept over this tragic dimension of life.  Jesus wept and we should too.

But beyond the great tragedy of life the Gospel asserts there is an even greater comedy interwoven into life.  Jesus was raised from the tomb, and therefore as the angel said to Sarah, “nothing is too wonderful for our Lord.”

In the great surprise of the empty tomb we find the grace that opens our hardened hearts – giving us the capacity to either weep or to laugh, to be still and accept the unchangeable or to take action to change that which needs to be changed through a God given courage that overcomes our fears.