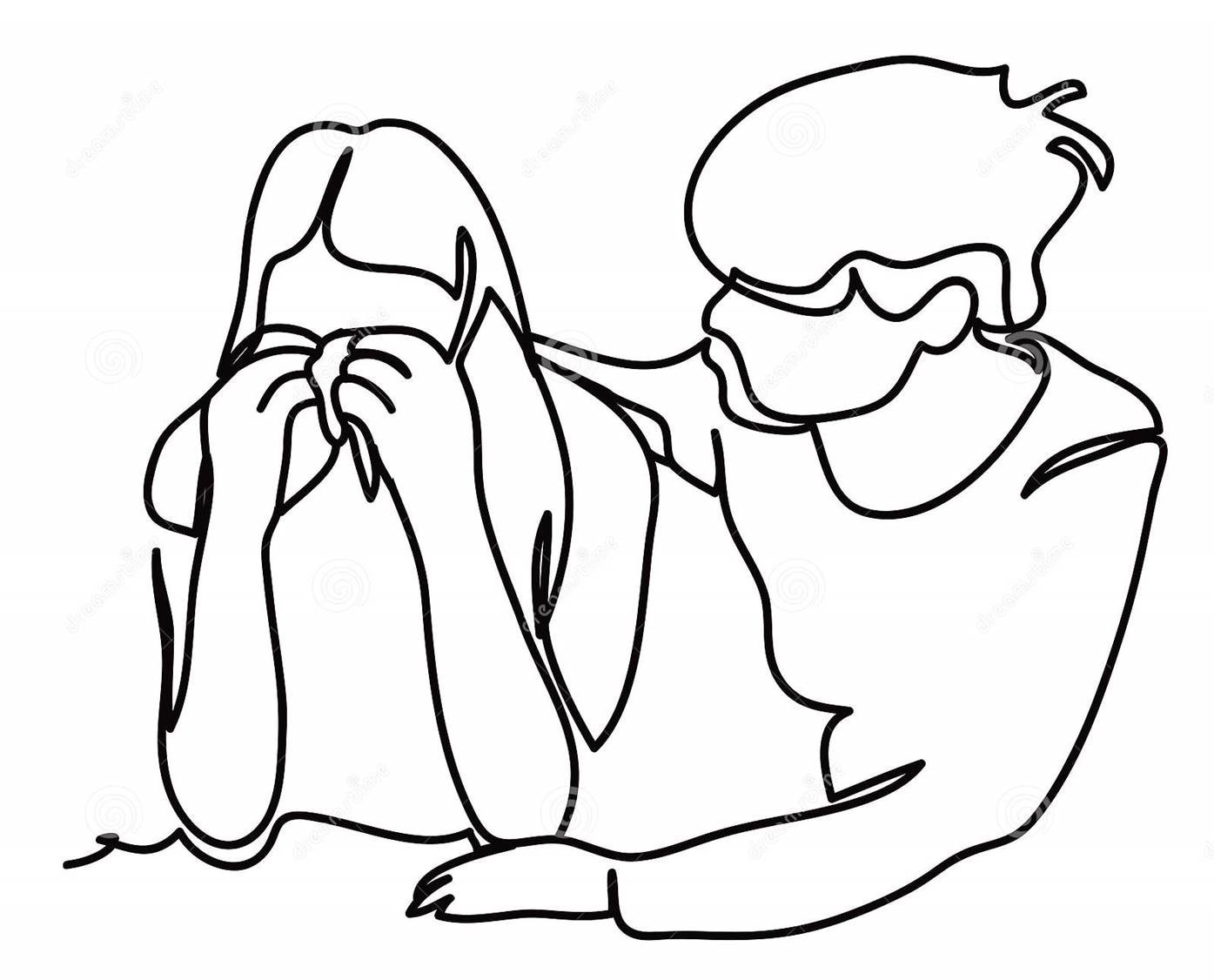 Once more we find ourselves in the upper room as Jesus prepares his disciples for his departure by his death.  He has lovingly washed the feet of each one of them, including Judas.  He has given them a “new” commandment, to love one another as he has loved them.  In the passage we are about to hear Jesus speaks of keeping his commandments, which is a reference to the commandment to love deeply and broadly.  He speaks also of the coming Spirit of Truth, which we pray to be with us as we listen to his words which come to us from the 14th chapter of John’s Gospel beginning in the 15th verse.

If you love me, you will keep my commandments. And I will ask the Father, and he will give you another Advocate…

Let me pause to note that the Greek word “Paraclete” has various interpretations.  It refers to one who comes alongside us – as comforter, helper, even a defense lawyer. Keep this in mind for later.

(he will give you another Advocate) to be with you for ever. This is the Spirit of truth, whom the world cannot receive, because it neither sees him nor knows him. You know him, because he abides with you, and he will be in you.

‘I will not leave you orphaned; I am coming to you.

“I will not leave you orphaned; I am coming to you.”  Reassuring words, for sure.

And yet, note the ambiguity.  Jesus tells his disciples that he is going away, and the implication is they will feel very much like orphans — like children abandoned by their parents. He tells them he will come to them – which he does briefly after his resurrection.

But does that mean they will never again feel like orphans?  No, there will indeed be times when – in spite of their conviction Jesus had been raised from the dead that they will feel very much like orphans.

To be human is to know at least some times how this feels.

There is a beautiful, haunting old Negro Spiritual that comes out of the experience of slaves that expresses what this feels like, and I’ve asked Deana to sing a verse.

There are times when all of us can resonate with the feelings evoked by this old hymn, and perhaps during this challenging time such feelings have arisen been particularly strong in some of us.   To feel the abandonment of a motherless child is to question our worth – to question life’s meaning and purpose.

Although some of us have such feelings more often than others, everybody feels this way sometimes, even the most successful and admired among us – the people who seemingly have it all together

If you are a sports fan you may have caught some of the ESPN documentary about Michael Jordan – the most successful, most admired basketball player that ever lived. Literally a billion people were familiar with the Nike ad campaign with the slogan, “I want to be like Mike.”

The documentary gives a glimpse of some of the darker feelings Jordan often felt while riding so high. In one scene he references all the adoring millions who wanted his life, and says, in essence they can have it.  For him it was loneliness and a relentless pressure to always be “on”, always win – to constantly prove his worth. And when his father – his best friend – the experience of grief that eventually comes to us all left him feeling all the more alone in this world.

Marilyn Monroe was the biggest movie star of her era, the very embodiment of glamour, the idol of millions.  And yet she carried the feeling of being an orphan with her throughout her life, having spent much of her childhood separated from her mother and living in Foster Care.

Fred Rogers grew up with particularly loving parents and grandparents, but in spite of this he often knew the feeling of being like a “motherless child”.  He grew up an only child who often felt loneliness.  An innately sensitive child, he struggled with his weight and was often bullied. His peers often considered him strange.

When the “motherless child” suddenly experiences grace – a sense of unconditional love and belonging it is a truly wonderful thing.

There is a viral video you can find on Youtube of a girl opening a present from her foster parents and finding inside a card in which her they tell her of their intention to adopt her – make her their child forever.  She bursts into uncontrollable tears of joy with the news that now she truly belongs.

It is clear that Jesus himself knew how it felt to be a “motherless child”, and that he felt a similar joy during his baptism by John when the comforter – the Holy Spirit descended upon him like a dove, and he heard the voice of God whisper in his ear, “You are my beloved child in whom I delight.”

Central to our Christian faith is the belief that each of us is God’s beloved children, in whom God delights.  And yet believing this and feeling this are not the same things.

In life, feelings come and go.  They came and went for Jesus:  After his baptism, the intense feelings of being held in the eternal loving arms of God faded as he was led out into the wilderness by the Spirit.  Out there alone the feeling of being “like a motherless child” returned, creating the opportunity for the tempter to strike. To resist the tempter, Jesus had to cling to his conviction that his true identity had been revealed to him at his baptism.  He trusted God even when God’s presence wasn’t something he could not feel.

Later he felt abandonment – the intense feelings of a motherless child — in the Garden of Gethsemene and on the cross when he cried,  “My God, my God why hast thou forsaken me.”

As much as we might want to avoid such feelings, there is a certain necessity to the experience, for it is out of it that compassion arises.

According to Marilyn Monroe’s one time husband — the playwright Arthur Miller – she had an uncanny ability whenever she entered a room to pick out from the crowd those who had been orphans.  There was a certain look in their eyes that a fellow orphan could always detect at a glance – they shared, he said a common bond of knowing and understanding.  The beauty of this empathic connection was deeper than Marilyn’s physical beauty.

Fred Rogers would never have been such a blessing to millions of children who visited with him each day in his neighborhood if he didn’t have the capacity from his own experience to empathize with their darker feelings.

Nonetheless, who wants to feel like an orphan – like a motherless child?  And what can we do when we hear the voice of condemnation – the voice of our woundedness – the voice of the tempter – arises within us, declaring

“How could anybody ever really love you?”

This is where the words we heard Jesus speak becomes so important.

He has promised to send us a comforter – indeed, an advocate, a  defense attorney – who stands beside us as the accusations are made of our worthlessness and witnesses on our behalf to the real truth that we truly are the beloved of God, who made us just the way we are, and declares us worthy of love.

When the voice of self-condemnation arises within us, the Advocate rises to speak, “I object!  The one you defame is made in the image and likeness of the God, worthy of love.  There is a place in the circle prepared for God’s beloved.”

At the outset of this morning’s reading, Jesus said, “If you love me, you will keep my commandments.”  And let us remember the one commandment Jesus gives us, that we should love one another – how? – as he has loved us.