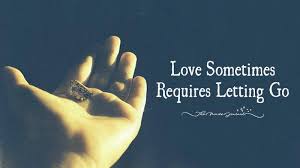 A reading from a book by Stephen A. Seamands entitled Holiness of Heart and Life:

Several years ago Tom Skinner, the black evangelist, was in a large office building in New York City.  He was on the elevator going down to the ground floor when a man–the only other person in the elevator–pulled a gun and ordered Tom to give him his wallet.  So Tom took his wallet out of his back pocket and handed it to the man.

But a few moments later, as the elevator was grinding to a stop, Tom said to the man, “Listen, what you probably want is my money, and I never carry my money in my wallet.  I always carry it in my pocket.”  Then he pulled a small wad of bills out of his pocket and said, “Here, take this too.”

The man was so shocked by what Tom had done that as the elevator door opened he simply dropped the wallet he was holding and ran, not even bothering to take the money Tom was offering him.

Several days later, Tom was eating at a restaurant in the same vicinity when who should walk in and sit down at the counter but the man who had held him up on the elevator. After a while Tom went over and sat next to him.  “Remember me?”  Tom said, smiling.  From the expression on the man’s face you would have thought he had seen a ghost!

“How in the world could I forget!”  he exclaimed.  Then when he had calmed down he asked, “Tell me, why did you do what you did?  You knew there was no money in your wallet, but I didn’t.  So why didn’t you just let me take off with it.  Why did you offer me your money as well?”

Tom Skinner smiled.  Then he looked the man straight in the eye, “Because I wanted you to know that I’m not attached to my money.”  (pp. 38-9)

A Prayer by Richard Foster:

Lord, how do I let go when I’m so unsure of things.

That really isn’t the problem at all, is it?  The truth of the matter is I hate the very idea of letting go.  I really want to be in control.  No, I need to be in control.  That’s it, isn’t it?  I’m afraid to give up control, afraid of what might happen.  Heal my fear, Lord.

How good of you to reveal my blind spots even in the midst of my stumbling attempts to pray.  Thank you!

But now what do I do?  How do I give up control?  Jesus please, teach me your way of relinquishment.  Amen.