Matthew 21:23-32 — Sympathy for the Chief Priests and the Elders 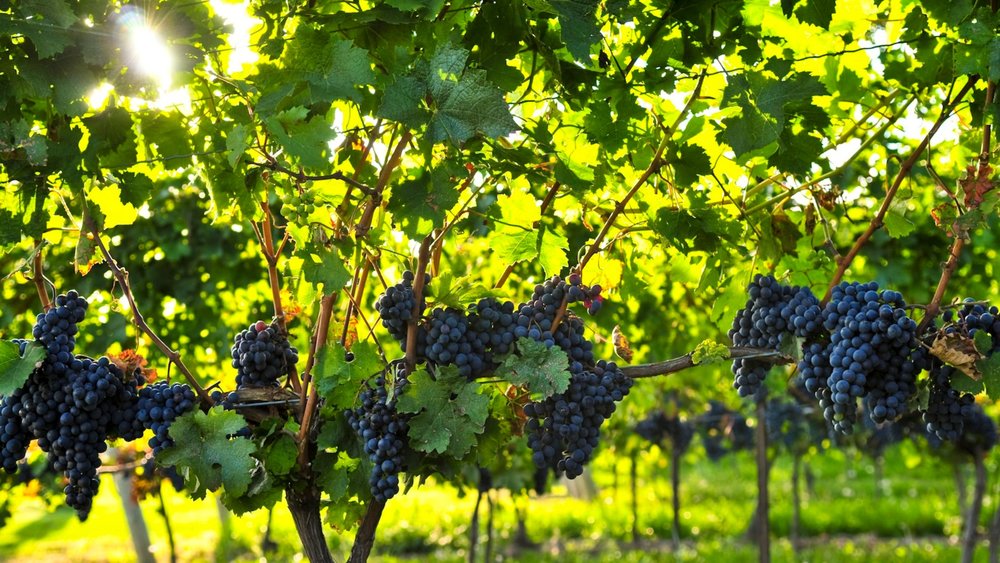 A sermon preached on September 27, 2020 entitled “Sympathy for the Chief Priests and the Elders”, based upon Matthew 21:23-32.  Philippians 2:1-11 was read during the children’s sermon and connects to the theme of this sermon.

Last week we heard a parable Jesus told as he was on his way to Jerusalem, the place where he knew he would die on behalf of all people.  In it laborers are hired to work in a landowner’s vineyard.  Laborers who put in only one hour of work are surprised to discover they are paid a full day’s wage.  Knowing this the workers who put in a full 12 hours of work are upset when they receive only that which they were promised, a full day’s wage.

I won’t review what I said about last week’s parable, but I would like to raise the question, what does “working in the vineyard” represent?  I would suggest it means being the eyes and ears and hands and feet of God in this broken, hurting world.  It means being channels of God’s love.

This question is relevant because this morning we have another little parable that Jesus told that involves “working in the vineyard.” I’ll get to it in a little bit, but first a little background.

Before Jesus began his ministry, there was John.  He had no credentials given to him from religious authorities.  He simply hung out in the wilderness listening for the voice of God, emerging with a simple message:   “Repent, for the kingdom of heaven is at hand.”

Before there was the Jesus’ movement in Israel, there was the John the Baptist movement.  John had no official credentials from the religious authorities.   He’d spent a lot of time in the wilderness, listening for the voice of God, and he emerged with a very simple but powerful message.  “Repent, the kingdom of heaven is at hand.”

And second, the proper response to the fact that the kingdom of heaven is breaking into this world is to “repent.”

Repentance is possibly the most misunderstood word in the New Testament.  We tend to think of it as feeling guilty about bad things we’ve done in the past, and promising to do better.

Guilt may arise in the movement towards repentance, but guilt isn’t the center piece. According to Mark John’s baptism was for the forgiveness of sins, so in the moment of repentance, guilt is left behind.

Repentance primarily means a wholesale transformation of our minds — the way we see life.  “Have the same mind that was in Christ Jesus” is how the Apostle Paul put it in the passage we read with the children.  It is a movement from seeing life with my ego at the center of everything, to seeing life as God sees life. It means getting our anxious, resentful, self-indulgent, sometimes guilt-ridden ego out of the way to that we can begin to see ourselves, other human beings, indeed all of creation through the eyes of love.

At the River Jordan John offered a baptism as a symbolic expression of repentance.  One at a time they would come to John out in the river and he would dunk them down into the water where they couldn’t breathe, as though they were being drowned and then raise them up to a new life where they could breathe once again the breath of life.  It expresses death and resurrection.  In being dunked, they people underwent a kind of spiritual death of the life lived with the ego at the center, to a new life lived in Christ.

John extended his invitation to be baptized to all people.  A great many showed up, but for the most part they were poor peasants – the majority of people in those days.  They were people living with a sense of desperation and often a good degree of guilt because they were Jews and the dominant understanding of their faith in those days was that God required them to keep the 400 plus laws contained in the Torah. For the most part they didn’t have a chance in hell of keeping all those laws.  To attempt to do so would have taken an incredible amount of time and energy and these were desperate people just trying to survive, burdened by guilt and searching for hope.

Who didn’t come to John’s baptism?  Essentially people who thought of themselves as being “good people” who didn’t need to repent — people who were working hard to practice their religion.

These were the Pharisees, but also the elders and priests in the holy city of Jerusalem who ran things at the Temple – the only place it was believed forgiveness for sins could be found by.  People came, purchased animals to be sacrificed in the Temple, and these sacrifices were believed to atone for their sins.

So then Jesus shows up who like John has no official religious credentials.  He, too is baptized by John and then led by the Spirit out into the wilderness, where essentially the tempter tries to get Jesus to allow his ego back to the center of his life – but Jesus turns down the temptation.

After his time in the wilderness, Jesus began his ministry with a message that was essentially the same as that of John:  “Repent, for the kingdom of heaven is at hand.”  Throughout the course of his ministry Jesus readily declared that God’s forgiveness was readily accessible to those who repent, a message that undercut the prevailing understanding of the religious establishment regarding what was required to obtain God’s forgiveness.

My basic point from last week was that if working in the vineyard is involves getting our ego out of the way so that we can be an open channel of God’s love in this world – then none of us are really 12 hour workers.  The default position for we human beings is to return to live lived around our ego, particularly when we get stressed.

Although the symbolic act of undergoing baptism can be powerful and deeply meaningful, but the pattern it expresses has to be returned to repeatedly.

To think repentance is a one and done deal is like an alcoholic going to a single AA meeting and thinking, “okay, I get it about this turning my life over to higher power thing; I don’t need to go back to any more meetings.”

So all of this is by way of setting the stage for this week’s Gospel lesson.

Jesus has entered Jerusalem to great fanfare as people consider the possibility he might be the long awaited messiah.  The first thing he did was enter the Temple and drive out the money changers and those selling animals for sacrifice. The chief priests and elders are enraged.

In the days that follow Jesus teaches to crowds of people in the Temple.

Now I want express some sympathy for the chief priests and the elders.  They are trying to keep their religion going under extremely difficult times.  The Romans have overrun their country with their vastly superior military forces.  The chief priests and elders have worked out a deal with the Roman authorities that allows them to keep the Temple going.  Sure there’s some compromises involved, but if they hadn’t negotiated with them who knows what the Romans might do?  Start sacrificing to their pagan gods’ in the Temple?  Tear the whole thing down?

That’s what they will do for sure if a rebellion is stirred up by this radical Jesus fellow.  And this isn’t just hypothetical:  40 years later the Roman armies will crush a Jewish uprising, slaughter tens of thousands and utterly destroy the holy temple.

So these chief priests and elders – they’re truly “good” people in the usual way we think of good people.  In the midst of extreme stress, they worked quietly behind the scenes to keep things for descending into utter chaos.  And if they manage to earn a nice salary for all their efforts, well, they deserve it!

So yeah, I feel sympathetic.  I too am a credentialed religious authority – the United Methodist Church ordained me 40 years ago giving me authority to preach the Gospel and administer a church.  And I’m also trying to keep the practice of our religion going during another stressful time – a pandemic, and so much more that is going on.  It isn’t easy. I get stressed.

So in our Gospel reading this morning the chief priests and elders come to Jesus as he is teaching in the temple and ask a legitimate question:  “By what authority are you doing these things?”  They are in essence the local credentialing authority and he hasn’t received authority for them.

In response Jesus directs them back to the ministry of John.  First I’ll ask you a question.  If you answer it, I’ll answer your question. The baptism by John – was that inspired by God, or was it simply something John thought up on his own?  This puts the chief priests and elders in a bind.  The people are convinced that John was the real deal – a prophet sent to them by God.  He has been martyred by King Herod, making him all the more of a hero to the people.  If they speak poorly of John, it will outrage the people.  So they say, “We don’t know.”  There will be no answer to their question.  Instead he tells them a little parable.  A father had two sons.  He came to the first son and said, “Son, go work in my vineyard.”   The son said, “Are you kidding me?  I’ve got better things to do!”  But later, he changed his mind and went.  The father went to his second son and also said, “Son, go work in my vineyard.”  This son said, “Absolutely.  I’m on it, Dad.”  And then he didn’t go.  Which of the sons did the will of the father?

The chief priests and the elders couldn’t miss the message.  They were the second sons who had failed to carry out the will of God.  And then Jesus said something that must have completely incensed them.  “The taxcollectors and the prostitutes will be entering the Kingdom of Heaven before you.”  The worst of the worst – simply because they had gone down to the river to be dunked by John, recognizing their need for repentance.

It’s not hard for me to understand the desire of the chief priests and elders to want to kill this Jesus guy.

On first Sunday of pandemic I mentioned that I had once heard that the Chinese character for “crisis” was made up of putting two characters together – the one for “danger” and the one for “opportunity” – which is to say there is both danger and opportunity in crisis.

Well, the danger part has been clear enough.

Have we recognized the opportunity hidden inside this crisis?

What if the opportunity is that we acknowledge the truth of what John, Jesus and Paul all said – that we all need to repent – that we all need to engage in an ongoing transformation of our minds?  To seek out the grace that will free us from the prison cell of life lived with our egos at the center, and begin day by day to try and see the loving interconnectedness of all life that is God’s will for this world?

Keep in mind, when we get stressed – and these are extremely stressful times – our tendency is to fall back into the default position where the anxious, hostile, divisive, and sometimes guilt-ridden ego takes the center place.  For me, sitting in prayerful silence – meditation prayer – provides an opportunity for my ego to let go of its tight grip on my life, and to experience instead gratitude and the love of God that underlies all of life.  That’s why I’ve been inviting people to join me in centering prayer on Zoom on Wednesdays and Thursdays at noon.

And remember, the kingdom of heaven is at hand.