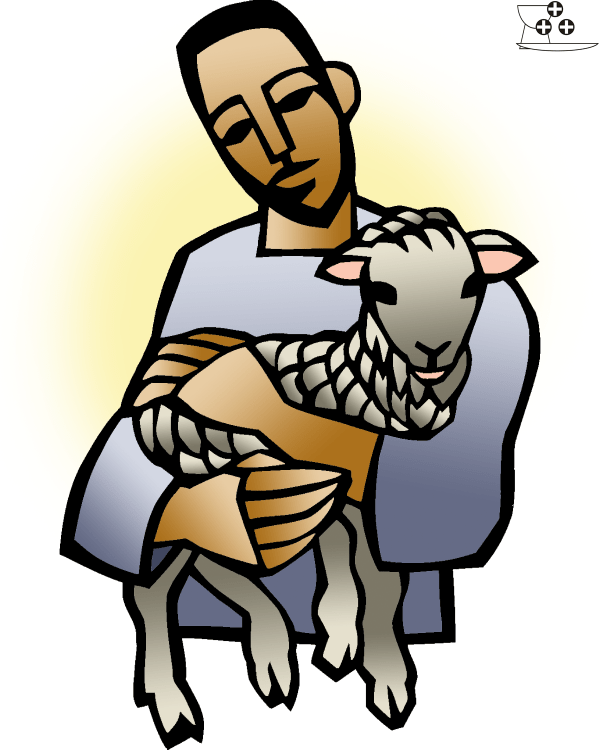 A sermon preached on September 15th, 2019 based upon Luke 15:1-10 entitled “The Alternate Universe of the Kingdom of God.

No matter your age, pretty much all of us are familiar with Rod Sterling’s classic TV show from the fifties and sixties.  Each episode told a different story.  The opening minute would conjure up a seemingly mundane setting with ordinary people.  At some point Sterling’s distinctive voice would be heard briefly summarizing the apparent commonplace nature of what we were watching, before alerting us that in short order something quite strange and out of the ordinary would occur, informing us that we had just “entered… the Twilight Zone.”

These days we have another term for what Sterling was getting at:  “an Alternate Universe.”

Jesus’ parables also invite us to enter into an alternate universe – one that doesn’t make sense by the assumptions of the world with which we are familiar. But whereas Sterling’s alternative universes generally had something creepy or sinister to them, the world Jesus invites us to enter are infused with divine grace.

Somebody should make a TV show with episodes taking their inspiration from Jesus’ parables.

This morning we heard two episodes. Both begin by describing commonplace events.

In the first a shepherd is grazing his hundred sheep in open fields when one wanders away, something that probably happened routinely in those days. Almost immediately, however a sense of being in an alternate universe sets in. Said Jesus, “Which one of you, having a hundred sheep and losing one of them, does not leave the ninety-nine in the wilderness and go after the one that is lost until he finds it?”

Wait a minute.  Jesus speaks as if it would be standard practice for a shepherd with one lost sheep to leave the ninety-nine to go wandering about in the dangerous wilderness – full of predators and with parts that would be difficult to navigate but where a lost sheep could easily be trapped — and that the typical shepherd would be willing to carry out such a search not for a day or two but rather for as long as it takes to find that lost sheep.

His listeners would have thought to themselves, “Wait a minute, no shepherd I know what do such a thing.  It’s not cost-effective.  That’s just foolish.  A shepherd with any sense would spend an hour or two scanning the horizon for that lost sheep and then move on – cut the losses.”

And then the second and third weird things. There would be a fair chance a lost sheep would end up eaten by a wolf, and yet in the world Jesus is conjuring up, there doesn’t seem to be any question that eventually the lost sheep WILL be found. And once the lost sheep is found the shepherd in Jesus’ alternate universe becomes absurdly happy, filled with a joy that he feels compelled to share with his neighbors, throwing a party that would certainly cost far more than the lost sheep itself was worth.

And then in episode number two the hero of our story is a woman (a weird choice of a central character in Jesus’ day) who loses one of ten coins – a coin estimated to be worth about a half day’s wage – who in response to this loss drops everything for a similar all-out search of her home like the shepherd’s search for his lost sheep — a little less weird than the shepherd’s wilderness search but nonetheless strange given that it’s not a gold coin and she certainly has plenty of other chores that need to get done.  And again — what’s with this certainty that the lost coin eventually will get found?  I don’t know about you, but I’ve lost plenty of stuff in my house that no matter how much I search for I’ve never been able to find.  And once the woman finds the lost coin, “she calls together her friends and neighbors, saying, ‘Rejoice with me, for I have found the coin that I had lost.’”

“Rejoice with me” is short for “come to the party I’m going to throw” – a party that will surely cost a whole lot more than the coin she went to all the trouble to find.

It’s just weird but in this alternate universe Jesus is inviting us to ponder – also known as the Kingdom of God – that’s just how things are done, with the understanding being that the lost sheep and the lost coin represent human beings – particularly human beings we might be tempted to judge as unworthy of all the effort.

And Jesus makes it clear that this alternate universe already exists – we just can’t clearly see it yet.

”Just so,” Jesus tells us, “there is joy in the presence of the angels of God over one sinner who repents.”  Jesus assures us that God’s angels are whooping it up in heaven whenever somebody turns their heart towards God.  “This is real, folks.”  That’s what Jesus is saying here.  “This isn’t just a fantasy world I’m conjuring up.  God’s kingdom is already a reality.”  It a realm where every single person is of infinite worth.

Now Jesus told these two parables in response to the fact that the Pharisees were taking offence with the company Jesus was keeping — specifically that he was sharing meals with “sinners and taxcollectors” — and in those days sharing a meal with somebody was to treat them like family.

The Pharisees often get a bad rap, but actually they really were the most upstanding folks around in those days. It’s an odd and interesting combination of categories the Pharisees refer to — “sinners and taxcollectors” — because the two categories of people referenced here aren’t ones that would often have been found sharing a meal together.

When you hear the word “sinners”, think drug addicts, gang members, thieves, prostitutes and pimps and such.

When we hear “taxcollectors” think rich people who have made unholy alliances with powerful political forces who don’t have the public’s best interests at heart. (I spent Friday in Washington, DC advocating for a justice issue, and it’s safe to say there are plenty of people like that inside and outside of government.)

So in one sense the Pharisees are remarkably even handed – they take offence at both categories of people.  But astonishingly, Jesus is keeping the company of both, apparently succeeding in getting both categories to party together.

There’s another weird thing about these parables and that involves the word Jesus uses that according to him is the trigger for all the joy in heaven:  “repentance.”  When we think of repentance, we usually think of somebody full of remorse, taking action to change their ways.

But you don’t see anything that looks like that in the lost sheep and the lost coin.  They don’t feel bad about themselves and decide to live a better life.  They simply get found.

The way the Pharisees see things, if Jesus is keeping the company of sinners and taxcollectors then he should be lecturing them, pointing out their many moral failings.

But that’s not the impression you get.  He’s just loving them – conveying through his presence that they are of infinite worth to God.

If you think about how people change – how you and I change – generally speaking it isn’t because someone stood at a distance and told us all the ways our thinking and our behavior was wrong.   No, that sort of thing generally just makes us all the more resistant to changing.

We change because we discover that we are loved – we are treated as though we truly matter – and in the light of that love we re-evaluate the way we are living our lives and decide to change.

So as I begin to wrap this up, I want to reassert that this alternate universe – the kingdom of God – it’s real, not a fairy tale.  Every single person really is of infinite worth, made in the image of God.

There are times in life when this reality stands out clearly to us.

When we see a newborn baby, for instance there is something inside us that rises up in joy and says “of course this child is precious, worthy of love” in spite of the fact that the baby hasn’t done a single thing to earn its keep – it hasn’t accomplished a single thing yet we might consider worthy of praise.  Nonetheless, we instinctively recognize the image of God in the baby.

We see this truth, but as the years pass and this baby transforms into a surly teenager or an adult who has lost their way in life, somehow their inherent worth disappears for us.

Strangely, sometimes it is tragedies that open our eyes to the reality of the Kingdom of God and the fact that all persons are of infinite worth.

I want to conclude with some words Kassie Dadaian posted on Facebook this past Wednesday on the anniversary of September 11, 2001.

“I have seen several posts from people assuring others they “will never forget”. There is not a person above the age of 25 that does not remember exactly where they were and what they were doing 18 years ago today. Nor should they. But what about the days, weeks, and months following that day? The time when it didn’t matter if we were the same as our neighbors. We were all AMERICANS. We stood next to each other in SUPPORT of one another regardless of gender, race, ethnicity, sexual orientation, religion, or occupation. Let’s not forget about that either. Maybe then we won’t have so much hate in the world.”

Remember what those days afterward felt like?  For a while we began to act more like Jesus is described as acting at the outset of our reading.   Along with our common grief, there was this extreme tenderness we felt towards one another, including total strangers, in spite of all our outward differences. We were all part of one family.

It is a core conviction of our faith that on the day of the terrorist attack, when those three thousand lives were lost from this world, their “souls” were invited into the eternal joy of the angels where there is nothing but love.  Our calling here one earth is to live like Jesus, and in doing so catch glimpses of the reality of this alternate universe Jesus called the Kingdom of God.