The Eulogy for Barbara Anderson 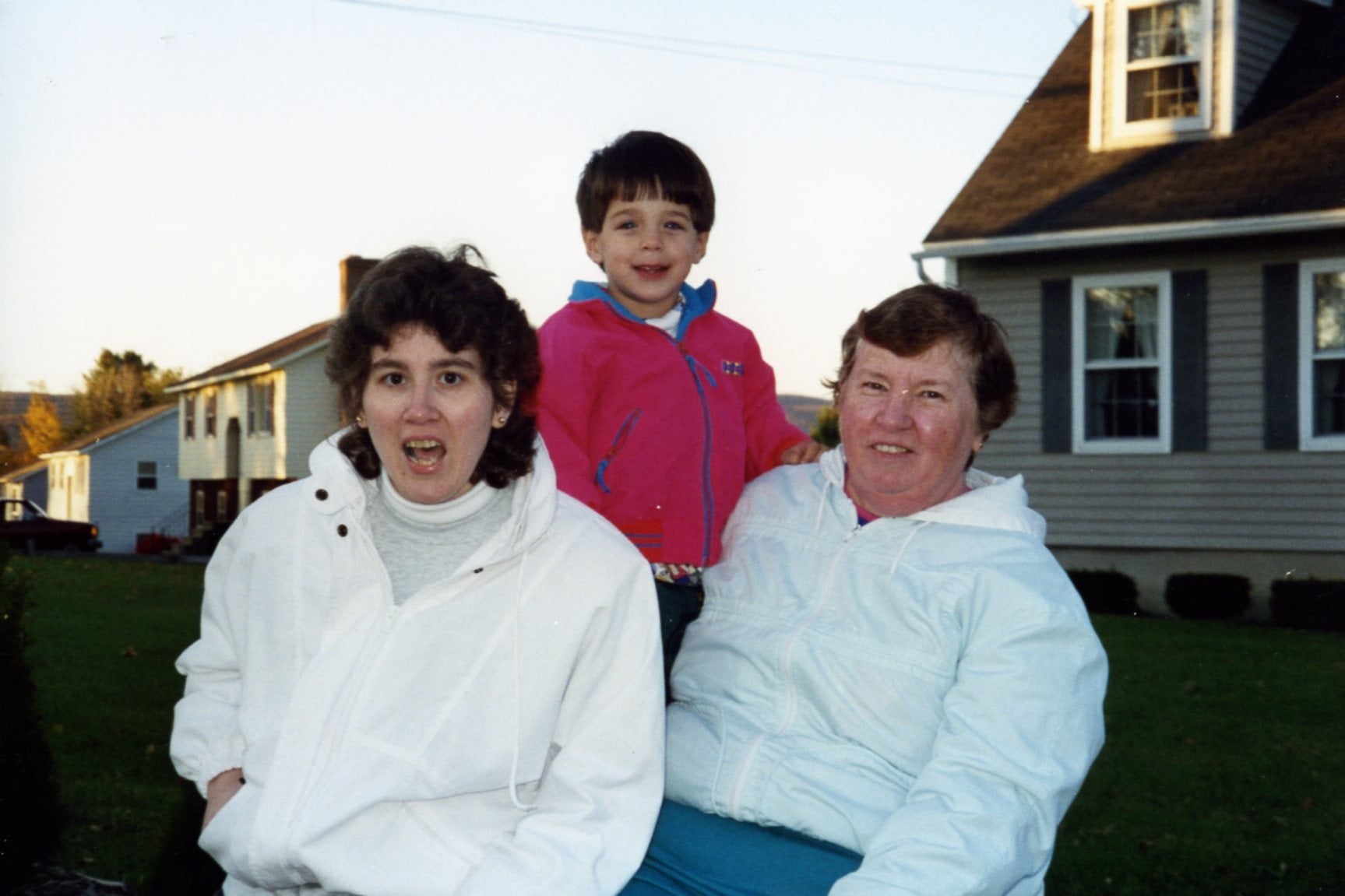 The Eulogy for Barbara Anderson

Barbara was born on January 5th, 1937, growing up with a younger brother Richard in Freeport, New York. where she graduated from High School in 1955. As with many people, there were challenges that made her childhood a difficult one.  Nonetheless, the grace of God was present.  One such place where that grace manifest itself was in the opportunities Barbara had to go to Four H Camps where she learned to ride horses, a fact that would significantly  impact the direction who life would end up taking.  After high school she began working for the New York Phone company.

Barbara graduated from Freeport High School in 1955 and began working the New York Phone Company.  She met her husband Richard when Barbara went with a friend to a dude ranch in the Poconos to ride horses.  Apparently Richard also enjoyed riding horses.  Richard and Barbara quickly fell in love.  Richard was from Kearny, NJ and for a year would travel an hour and a half on weekends to visit Barbara out on Long Island until they married in March of 1958.

Richard was an electrical engineer who had go on to have a successful career that included several pattens for devices he designed that made their way onto helicopters as well as on the Space Shuttle. Barbara’s loving support at home made it possible for Richard to succeed in work.

Moving to New Jersey with her new husband, Barbara began working for New Jersey Bell.  But very quickly her life found its deeper meaning in raising her children.  Mark was born in December, just ten months after Barbara and Richard’s wedding.  Chuck arrived a year and a half later in August of 1960, and about the same time the family moved to the house in Fairfield that would be Barbara’s home for the rest of her life.  Diane was born a year and a half later in May of 1962.  By the young age of 25 Barbara was raising her three children.  Her heart would be broken not long after this when a fourth child would be lost through miscarriage.

Barbara developed a close friendship with a neighbor named Helen with whom she shared a love of sewing.  Working together with Helen, Barbara sewed gowns that she would wear to elegant social events she attended with Richard.

Helen and Barbara had a regular date on Wednesdays to go grocery shopping, spending several hours going to different stores together to find the best bargains to make ends meet.  They would get lunch at Roy Rodgers, over time making lots of friends there who would be happy to greet them.

When her children were old enough to go to school, Barbara worked outside the home — first as an aide in a grammar school cafeteria, and later a high school cafeteria.  The work involved heavy lifting which caused harm to Barbara’s back, an affliction she would deal with for years to come.  Barbara was happy when a job opened up for her in the school library, a job she really loved.

The Anderson family’s life routinely involved happy times gathering together with their large extended family.  At Christmas they would go to Richard’s parents in Keary, or their aunt’s house in Edison.  On occasion the extended family would come to the family’s home in Fairfield – Diane remembers 40 people gathered around the ping pong table in the basement sharing Christmas dinner.  In the summer there were pool parties in which family members would sometimes come for the entire weekend.

There was a happy tradition of gathering in Moorestown, New Jersey on Memorial Day, where stick ball or wiffle ball was always played.

A year of great heartbreak began in 1983 when Barbara’s mother died, followed by the death of her father-in-law.  The final and most devastating of blows came on April 29th, 1984 when Barbara’s husband Richard suddenly died of a massive heartache.

Unfortunately, Chuck’s wedding to Lisa had long been scheduled for the following week on May 5th and with refunds for receptions not a possibility, the family bravely went on with wedding celebration while still reeling from Richard’s sudden departure from this world.   (Sadly, Lisa would live only twenty more years, dying in 2004 from aplastic anemia, a disease afflicting her bone marrow bringing more grief to the family.)

Throughout her life, Barbara suffered from insomnia.  In the middle of the night she’d occupy her mind with housework.

Seven months after Richard’s death, Barbara and Diane became members of our church on December 4th, seeking the comfort of God and the support of a loving church family.

Thank God for Diane.  She was for her mother the embodiment of God’s grace.  Diane was only 20 when her father died.  For the rest of her mother’s days on this earth Diane kept her mother company in the house in Fairfield, constantly encouraging her to keep embracing life in spite of her heartaches.

When Richard was alive, his job obliged him to do a lot of traveling, so in his time off he was never very enthusiastic about doing more traveling.  With the family his traveling was restricted to New Hampshire and Florida to visit family.

But Barbara loved to travel, so to counteract the weight of their grief,  Diane and Barbara began to make countless trips.

They travelled north to Vermont, south twice to Cancun in Mexico and to California to see Barbara’s sister-in-law. While they were there Barbara and Diane crossed over the border to visit Tijuana, Mexico.

Arizona became a favorite place for Barbara and Diane to visit.  Barbara’s oldest cousin Dorothy lived there.  They visited the Grand Canyon, the Painted Desert, Red Rock and Sedona.  It was through Dorothy that Barbara and Diane found out that they had ancestors who were members of the Black Feet Indian tribe.

Barbara had a long-time pen pal named Dotty who lived in Arizona and Barbara asked if they could visit her. Dotty enthusiastically welcomed the idea.  Dotty had a daughter named Melody just a couple of years older than Diane, and Melody and Diane hit if off wonderfully, becoming like sisters.

They traveled to New Hampshire to visit Chuck and his wife Kristen, as well as Barbara’s grandson Christopher and his wife Pangtord.

Over time Barbara’s health declined and she dealt with a lot of pain.  She was very cautious about taking pain medicine.  She dealt with chronic stomach issues.  Traveling became more difficult. Throughout every challenge, Diane was there to support her mother.

Together Barbara and Diane enjoyed watching baseball on the TV,  rooting for the Mets. Barbara had grown up a Brooklyn Dodgers fan, but she wasn’t adverse to rooting for the Yankees when they made it to the World Series, having a particular fondness for Derek Jeter.

When the winter Olympics were on TV Barbara enjoyed watching the ice skating, bob sledding and down hill skiing.

In 2014 the back pain with which Barbara had lived for decades led her to finally have surgery.  In rehab following the surgery Barbara was incredibly fatigued.  With her heart pumping at only 30 per cent, Barbara was rushed to the hospital.  A blot clot was diagnosed and Barbara receive a pacemaker.

The recovery afterward was long and hard.  Without Diane at her side the doctors said Barbara would not have made it.

The final stretch of Barbara’s life began on Christmas Eve when she took a fall at home. Diane called an ambulance to take her mother to a hospital.  Barbara was in a great deal of pain.  She spent four days in the hospital, after which she was sent to rehab.  Last Tuesday night the rehab center rushed her once again to the hospital.  She died in the ambulance of cardiac arrest, one day shy or her 85th birthday.

As Diane said, it was fortunate that her mother didn’t linger on in the pain with which she had become so familiar.  God delivered her, and she has a new body now.  No more pain.

Barbara had a “heart of gold.”  She was caring, thoughtful, gentle, tender, sweet.  Knowing much heartache herself, she had compassion on the sufferings of others.

As Diane posted on Facebook, “A big piece of my heart lives in heaven.”