The Experience of Disillusionment 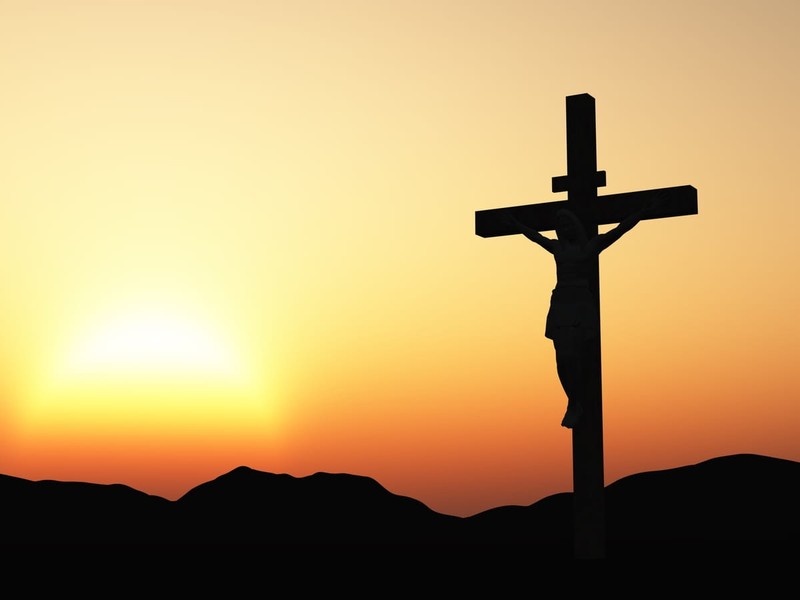 A sermon preached on November 14th, 2021 based upon Mark 13:1-8, entitled, “The Experience of Disillusionment.”

In this morning’s reading, Jesus is in the last days of his earthly life.  After spending his whole ministry up in the northern region of Galilee, he has arrived with his disciples in Jerusalem, where each day he goes to the Temple to teach.

The Temple was far and away the most impressive architectural structure in the region, rivaling the greatest building in Athens or Rome.  Recently rebuilt by Herod the Great, the outer wall consisted of forty foot stones that were covered with so much gold you would be in danger of going blind if you stared to long on a sunny day.  The temple was designed to express permanence and the glory of God.

Living a significant distance from Jerusalem the opportunities for Jesus and his disciples to see the Temple would have been rare, and yet they would have thought about it daily.  The temple was referred to throughout the psalms they prayed as the “house of the Lord.”  For the Jewish people, it symbolized the very presence of God for the Jewish people.

Our reading comes from the 13th chapter of Mark’s Gospel beginning in the first verse.

As he came out of the temple, one of his disciples said to him, “Look, Teacher, what large stones and what large buildings!”  Then Jesus asked him, “Do you see these great buildings? Not one stone will be left here upon another; all will be thrown down.”
When he was sitting on the Mount of Olives opposite the temple, Peter, James, John, and Andrew asked him privately,
“Tell us, when will this be, and what will be the sign that all these things are about to be accomplished?”
Then Jesus began to say to them, “Beware that no one leads you astray.
Many will come in my name and say, ‘I am he!’ and they will lead many astray.
When you hear of wars and rumors of wars, do not be alarmed; this must take place, but the end is still to come.
For nation will rise against nation, and kingdom against kingdom; there will be earthquakes in various places; there will be famines. This is but the beginning of the birthpangs.

Last week I talked about how life invariable leads us into the experience of grief.  If we want to love like Jesus, we have to be willing to embrace the pain of grief that comes from letting people into our hearts and suffering the pain of losing them. The world encourages us to avoid this pain, but in doing so we damage our souls.  A common way to avoid facing our grief is to choose to get angry instead.  Some of you commented on my observation that a deeper way to understand all the anger and division in our country is to recognize that we have a great deal of grief we would prefer not to face.

This week I’d like to reflect on something that is related to grief, and that is the experience of diisillusionment.  In what we just heard Jesus intentionally leads his disciples into an experience of disillusionment.  They look at the great stones of the Temple and are awestruck.  Jesus pops the balloon of their adoration of the temple.  He looks at the same stones they are looking at and sees merely a pile of rubble. He knows that forty years later the Romans will demolish the Temple, and the Jewish people will be grief stricken – similar though vastly great to the grief Lois Kelshaw and others felt 60 years ago when thy watched the Little White Church on the hill be torn down to make way for Rt. 287.

We think of disillusionment as a bad thing, but it’s root meaning is to be stripped of our illusions – to come closer to the truth.  If we think about it, disillusionment – like grief – is woven into our lives.

A person “falls in love” with someone. With a feeling of bliss they look at the other and see the perfect match: only their good qualities are visible.  Their flaws are hidden from sight.  A lifetime together of contented companionship is imagined.  The couple gets married and before long living in close quarters disillusionment sets in. The flaws, previously hidden from view became painfully evident.  The person wonders, “have I made a great mistake?”

Or think about the evolving relationship of a parent and a child.

In the early years of a child’s life, their parents are gods, seemingly perfect, their presence always desired for the comfort it brings.  And then adolescence sets in, and with it, disillusionment regarding the parents.  How flawed they now seem, how preferable the company of their peers.

Or the reverse:  a child’s birth fills his or her parents with joy.  Hopes and dreams are attached to the child, with the unspoken expectation that the child will bring fulfillment to their lives by accomplishing more than they were able to accomplish. As time passes, however the child shows disinterest in the dreams, perhaps also the values that the parents cherished for them.  Having invested so much time and energy invested the child now seems to be something of a disappointment.

Disillusionment also inevitably occurs with opportunities that come our way.  The perfect school, job or home appear on the horizon and we imagine them giving us a contentment we haven’t known before.  And yet opportunity arrives and the contentment evades us. Should we look for another school, another job, another home?

The political arena is one that invariably leads to disillusionment.  Political ideologies become a kind of religion in which we imagine that if we can just get the right people with the right beliefs in office than the problems that plague us with be solved. Candidates tell us the lies we demand they tell us to get our vote, and then when they can’t come through with what they promised us, we experience disillusionment.  Jesus warned us of such when he said in this morning’s lesson, “Many will come in my name and say, ‘I am he’ and they will lead many astray.” Never look to politicians to do for us what only Jesus can do.

Or to bring this closer to home, we find what seems like the perfect church:  the people are so loving, and the preacher so inspiring.  We become members and before long we discover that the people aren’t as loving as they appeared at first – they can be inconsiderate and irritable, and  the preacher long winded and a bit full of himself.  And we wonder, “should I look for another church”?

The theme of disillusionment is a big part of the story of Jesus.  Even as Jesus pops the disciples’ balloon regarding the grandeur of the temple, he knows that in short order many will become disillusioned with he himself.  It is disillusionment that makes sense of Judas’ betrayal.  He realized Jesus wasn’t going to be the savior he wanted.  To some extent the other disciples struggled with similar feelings.  And the most dramatic expression of disillusionment when in a matter of five days the cries of “Hosanna!” turn to “Crucify him!” as the people become disillusioned with Jesus.  They expected him to drive out the Romans and the corrupt religious officials, and instead they find him pathetically whipped and beaten.  Once again, rather than enter the grief the situation calls for, the choose instead anger.

From the outset, Jesus had known this was what would occur.  With access to the power of theHoly Spirit Jesus was able to perform miracles of healing.  And yet, from early on he told people right after he had healed them not to speak of anyone about it. Why?  Because he knew people would place his miraculous healing power at the center of their understanding of him, and view him as the one who had come to solve all their problems rather than as the one who witnessed to the way of humble, sacrificial love.

When Jesus is arrested, there is another level of disillusionment, and that is by the disciples with themselves.  They realize they are not as good or brave as they wanted to see themselves as.

When Jesus was nailed to the cross, it should have been the end of the story.  But it wasn’t.  Not long afterwards his followers began found a new energy – a deeper love and courage.  They had no temple or building of any sort.  What they had was a story of a savior with two focal points.  Jesus was crucified, and Jesus was raised from the dead.

And so, in place of the Temple as the symbol of God, they offered the world two new images.  One, that of Jesus nailed to a cross, an image so improbable that no one could have come up with it on their own.  It expresses the truth that in the end all our illusions regarding the things we put our trust in will be stripped away – whether it be in religion, in politics, in people, or ourselves.  The frailty and fallibility of us all is revealed in Jesus’ death on the cross.  We all had a hand in putting him there.

The other image is the empty tomb – expressing the truth that beyond all our disillusionment there is a love that can in fact be trusted – a love greater than death that connects us all to one another at the deepest level.

As I said last week spiritual truth comes to us as paradoxes – two seemingly contradictory truthsthat need to be held together.  Such is the case with the truth expressed in the truths of the image of Jesus nailed to the cross and the empty tomb.  Our inclination, however is to skip over the truth of the cross and in doing to miss the wisdom it reveals regarding the danger of misplacing our deepest trust in life.

So, returning to those experiences of disillusionment that I described earlier, perhaps they can be what Jesus called “birth pangs.”

With the two people who find themselves undergoing the inevitable disillusion of romantic love, the possibility exists that they will move through their disillusionment to come to know a far deeper kind of love for one another – one based upon knowing one another’s weaknesses along with their strengths – reality rather than illusion.

And perhaps the child moves through their disillusionment with their parents, accepting their parents flaws and appreciating that they were loved by them as best they knew how in profound ways that evoke the child’s deep gratitude.

And perhaps we learn to accept the limitations of the political process – lowering our expectations in a way that supports more honest conversations about what is possible and what is not in addressing the problems we face.

And perhaps we look at our fellow church members and recognize sinners like ourselves, redeemed by grace and commit ourselves together to learning how to love one another in spite of frailty and imperfection.