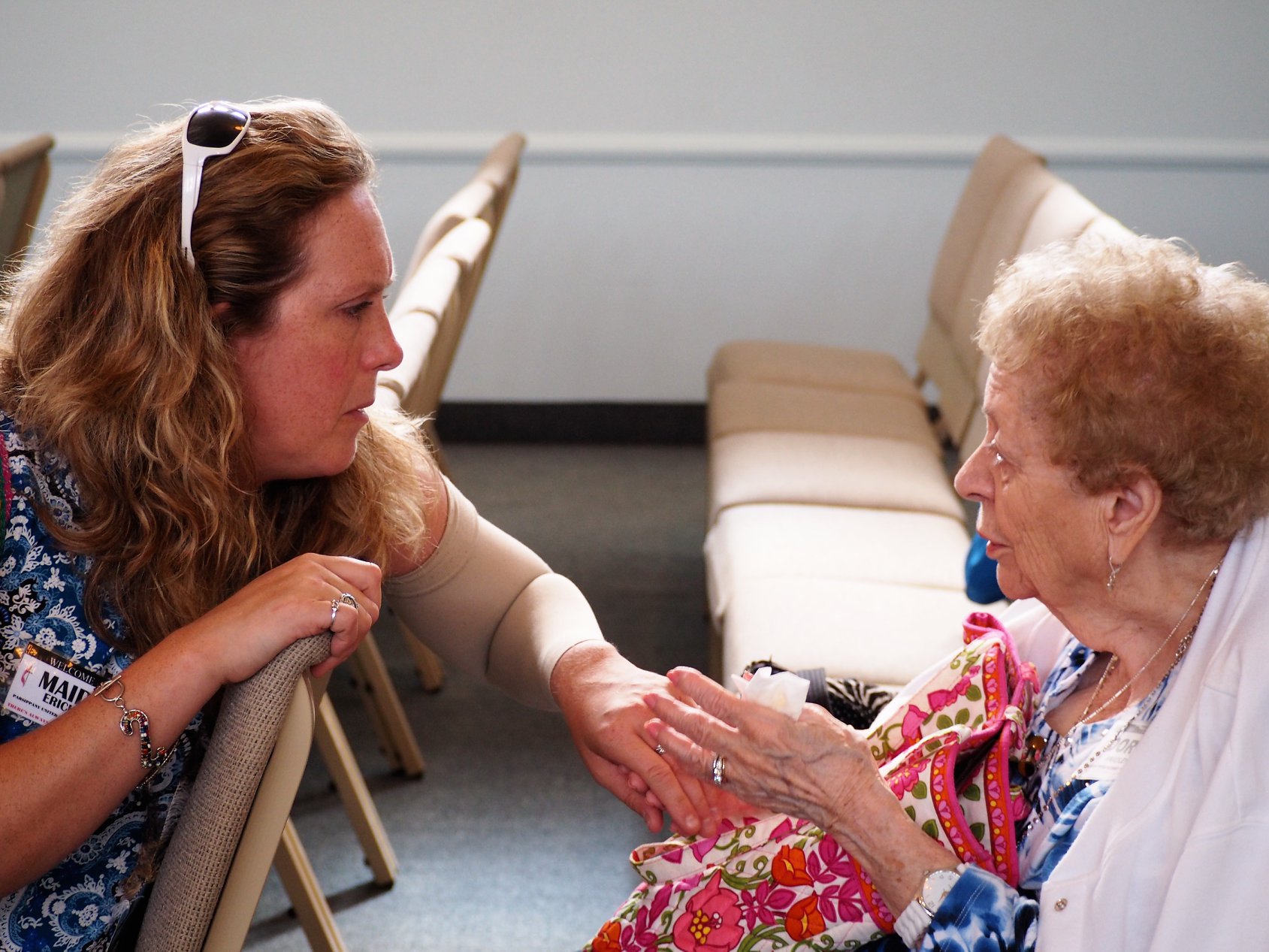 Before I talk about what caught my attention in this morning’s parable, I want to briefly note how often the theme of money — and specifically the spiritual danger presented by wealth — occur in the Bible.

The parable that we just listened to clearly has the danger of wealth at the heart of it.

And in our Epistle Lesson, Paul pulls no punches in addressing this theme in his words to his young protégé, Timothy:  “Those who want to be rich fall into temptation and are trapped by many senseless and harmful desires that plunge people into ruin and destruction. For the love of money is a root of all kinds of evil…”

I would suggest that the love of money is arguably the great sin of America – one in which to some degree we all share in – and not only the rich, but also the poor who buy lottery cards, as well as those of us who fall under the broad category of “middle class”.  I know I spend an inordinate amount time worrying over whether I have enough money in my retirement plan, plagued by the anxiety expressed by John D. Rockefeller when once asked, “how much is enough money?”  He replied, “always a little more.”

We live in a culture…

where it is hard to get away from the notion that somehow our worth as persons is tied up with the amount of money we possess;

where the engines of capitalism perpetually induce us to covet things we don’t really need;

where politicians routinely betray their conscience out of fear of losing out on the money they believe they need to be re-elected;

where studies show strangely that the more money we have, the less inclined we are to be generous with our money — the more likely we will like the rich man in this morning’s parable be to buffer ourselves from the plight of persons – somebody like poor Lazarus.

Since the founding of our nation the “pursuit of happiness” has been honored as a basic right, but through the years we have come to assume that possessing a lot of money was the key to finding happiness.  We deceive ourselves with the lie we have printed on our money:  “In God We Trust” – when in fact in America the great idol we are all tempted to put our trust is money itself.

There is something like 2300 verses in the Bible that deal unambiguously about money, wealth and possessions. Jesus himself spoke of money in roughly 15% of his teaching.

Given this fact, I think it is striking that some of the best known, best financed, and most politically powerful Christian preachers – people like Franklin Graham and Jerry Falwell, Jr. — rarely address the sin that is so unambiguously occurs addressed throughout the Bible and in particular, by Jesus himself but often instead address what they call the “sin of homosexuality”, a subject that Jesus never addressed, and which appears ambiguously in just a hand full of passages in the Bible.  I would suggest that whether consciously or unconsciously such preaching is a diversion from confronting this distinctly American sin — the love of money.

But as I said at the outset, this isn’t what caught my attention in this morning’s parable.

I have this distinct memory from over forty years ago from my days as a college student.  What is striking about the memory is that it involves a particularly mundane event:  walking past a stranger.

I am walking across campus on a sidewalk and a fellow student is walking towards me – someone I have not met, someone I have no recollection of being in a class with or in the company of, someone I simply don’t know.  As we are about to pass one another by, she says, “Hi, Jeff.”  I am startled by the fact she knows my name – I certainly don’t know hers.  In response I simply say, with some embarrassment, “Hi.”  We pass on by and go our separate ways.  But the fact of her having spoken my name is astonishing to me – so much so that all these years later I still remember clearly this otherwise altogether mundane moment.

Granted, the fact that I found the young woman attractive surely intensified the impact of the experience, but nonetheless I suspect that even if I hadn’t found her as such, I am certain the fact that out of the blue a stranger called me by name would have made a powerful impression.

Such is the power of names.  We are given our name as a baby, and early on we learn to associate the sound of our name spoken with our very elves.  No other word has the same effect on us.

A name is a deeply personal thing.  There is a great difference between somebody calling out our name, and someone crying, “Hey, you!”  Our name distinguishes us as distinct from all others, and recognizable in our uniqueness.    “Hey, you” has the opposite effect:  It renders us as indistinguishable, insignificant, indeed, essentially invisible.

So it is a fascinating detail that in all of the parables Jesus ever told the only character he ever gave a name to was this poor, destitute man who never got a break in life:  “Lazarus”, the meaning of which is, “God is my help.”  The name is fitting because Lazarus is a person who for the most part is altogether abandoned and invisible to other human beings.  His only help is in God.

So in giving this character a name, Jesus is making the point that this man isn’t just “generic homeless person” – he isn’t a mere statistic in a study about poverty – he is a distinct person with a soul, with a unique story.  Although the world may overlook this man, Jesus – and the God he represents – truly does see him and care about him.

A name is a holy thing because of that ingrained capacity to uniquely capture our attention.

The practical application of this would be, of course to make a point of learning the names of people and addressing them by their names.  It is a simple but powerful way of affirming their existence.

But a name can be abused of course, and that is what we see take place in the course of the parable.  If there is any question whether the rich man in the parable had simply somehow never been aware that poor Lazarus was at his doorstep, that question is answered when in the afterlife that Jesus conjures up in his parable the rich man makes it clear that on one level he was quite aware of Lazarus by twice referencing him in his conversation with Father Abraham.

He uses Lazarus’ name, however in a way that dehumanizes Lazarus.  He does not see Lazarus as worthy of being spoken directly to, so he speaks Lazarus’ name to the great Father Abraham – who, in the rich man’s mind is a “somebody” worthy of his attention whereas Lazarus is a “nobody.”

“I’m dying of thirst here, Abraham.  Send Lazarus to bring me a drink of water.”

And then later, when Lazarus concludes his case is hopeless, he pleads to Abraham once more to send Lazarus to his five surviving brothers to warn them of the consequences of living the kind of life he has lived.

In the rich man’s eyes, Lazarus is, at best, not his equal but rather a servant.

When people ask what I think is a very legitimate faith question – “how can there be a loving and just God when there is so much pain and suffering in this world – so much of which in no sense people bring upon themselves?” – I believe that ultimately the only answer is our conviction that there is a life beyond this life – and that a justice that does not exist here on earth will ultimately get worked out in a life to come in way that is simply beyond our capacity in the present to understand.  That people like Lazarus who get nothing but a raw deal in life will be “rocked in the bosom of Abraham” in the life to come to use the metaphor of this parable.

Ultimately, however the rich man in this parable is the most pitiable character, not simply because the parable suggests – and I would emphasize suggests – his eternal damnation, but also because of his tragic self-absorption that keeps him from recognizing the humanity – indeed the holiness – of Lazarus – this man who – as in my mundane memory from long ago – he probably passed by every day of his life.

Lazarus is made in the image and likeness of God, and to truly take in the wonder that is another human life is to have a close encounter with God. If we have the eyes with which to see — the holiest thing any of us will ever see in this life is another human being – any human being — somebody with an eternal soul — hidden though it may be – somebody with a distinct story that is worth listening to, though likely rarely heard.

But the rich man is oblivious of this, and if truth be told, most of the time I am as well, and you also. The parable is intended to be a wake-up call for us

We are the rich man, but we are also, each of us in certain ways, at least some of the time poor Lazarus as well.  “Be kind to everybody you meet, because everybody is fighting a great battle.” And because we don’t take the time to truly see and listen, we are clueless of these battles – of the piece of a person’s life where they have known in the words of Hamlet “the slings and errors of outrageous fortune.”

I said the parable suggests the rich man’s “eternal damnation.”  When we ponder the mystery of God we have to hold together our belief as Christians that God is both just and merciful, that is “gracious.”

This parable was told with the purpose of emphasizing the “justice” portion of the equation.  There will be in some way we can’t began to understand a great reckoning for the ways in which we have lived our lives on earth.  We will be held accountable for our failures to show compassion.

But as I said, all of us have a “rich man” inside us. And in relation to that sinful, self-absorbed part of our lives, we are, in the end, saved by grace.

For me, the striking thing about the rich man in the afterlife is that he continues to be blind to the humanity and holiness of Lazarus.  In his eyes Lazarus remains nothing but an innately inferior errand boy.  The (once) rich man remains stuck in the prison cell of his little ego – and this is what makes him truly pitiable.

But as in another parable we heard a couple of weeks ago, the Good Shepherd doesn’t give up the search until the lost sheep is found, and so I am left with the hope that somewhere, somehow, the grace of God will break through the man’s self-absorption.  That he will discover that this hell he is experiencing is of his own making.  He will come to recognize that Lazarus is his brother not his servant boy.  He will come to recognize that we really are all in this mystery called “life” together.

And what is impossible for humans will, through the grace of God become a possibility for this man: he will cross over the great chasm portrayed in the parable.

In the meantime, you and I can ask Jesus to walk with us, to open our eyes, our hearts to the holiness that is all around us, to the wonder that everybody we meet has an eternal soul, and unseen heavy burdens they somehow find the courage to carry.  We can ask Jesus to set us free to love.