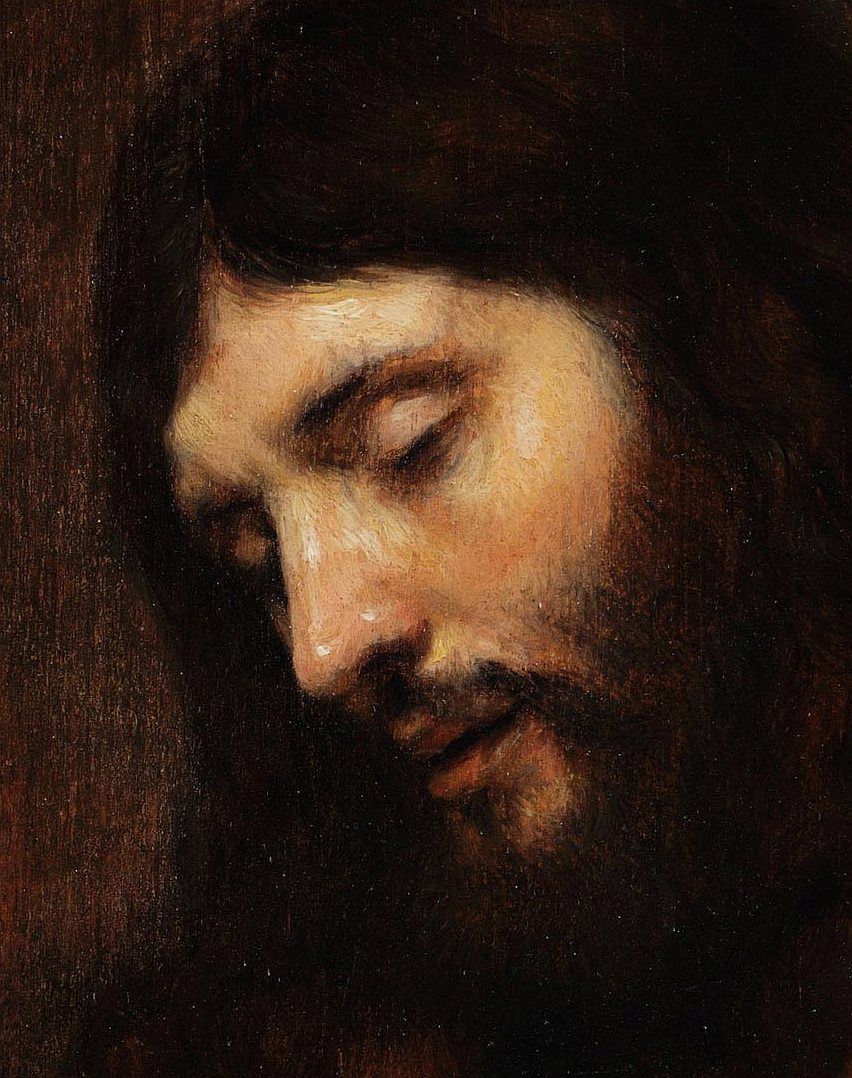 The passage I am about to read includes some of the most important verses in terms of understanding this spiritual journey we are on as disciples of Jesus, and I think they are commonly misunderstood, so I want to take them verse by verse.

It begins in the 31st verse of the eighth chapter of Mark’s Gospel  Listen for the word of the Lord.

Then Jesus began to teach them that the Son of Man (the humble title he seemed to prefer when speaking of himself) must undergo great suffering, and be rejected by the elders, the chief priests, (who administer the Temple in Jerusalem) and the scribes, and be killed, and after three days rise again.  He said all this quite openly.

As you can imagine, the disciples are stunned.

After all the success he has had in the northern country of Galilee Jesus is saying in obedience to God he is freely choosing to go to the power center of Israel — to the Temple in Jerusalem — confronting the religious authorities who have essentially been taken hold of by evil powers, leading them not to be instruments of God’s love but rather of the oppression of people.

He will confront them not with the powers of this world – that is with the violence of military might – but rather by the power of his spiritual authority and divine love, which in this instance will necessarily be suffering, sacrificial love.

He knows that the religious authorities will not let go of their tight hold on power, but will conspire to have him killed, and he will allow them to do so in a particularly cruel manner.

Jesus concludes by mentioning his resurrection, but the disciples are so blown away by the suffering and execution part that the resurrection part doesn’t seem to register.

Impulsive, outspoken Peter takes the lead in responding to this bombshell.

And Peter took him aside and began to rebuke him.  But turning and looking at his disciples, he rebuked Peter and said, “Get behind me, Satan! For you are setting your mind not on divine things but on human things.”

Wow.  That’s pretty much the harshest thing Jesus ever says to a single individual, calling Peter none other than “Satan” – Peter who represents you and me – Peter who represents the church itself.  It is a humbling reminder that the struggle between good and evil goes through the heart of each of us – even those of us who strive to follow Jesus. It is also a reminder that God sees life distinctly differently from how we humans are inclined to see it.

Jesus called the crowd with his disciples, (apparently he wants anybody who was considering becoming a disciple to hear what he is about to say).  and said to them, “If any want to become my followers, let them deny themselves and take up their cross and follow me.

There’s some pretty harsh – distinctly unappealing words here – “Deny yourself and take up your cross.”  When misunderstood, these words have

I want to try and get at what I think Jesus is saying with these harsh words, but first I want to take note of the words that come right before and after them.

“If any one wants to be my follower” comes before, and “follow me” comes after.  The harsh words are sandwiched between something very positive, very wonderful. Jesus is inviting us to go with him on a great adventure.  He’s calling us to embrace a high and holy purpose.

80 years ago the great psychiatrist Carl Jung, who unlike his contemporary Freud appreciated the spiritual dimension to life said that for the great majority of his patients who came to him for help who were past the age of thirty the underlying cause of what ailed them was that they had lost a sense of meaning to their lives.  They had lost touch with what all the great religious traditions offer – a holy, sacred purpose to their lives.

But back to those harsh words:

First, “Deny yourself.”  When you or I think about ourselves, what exactly are we are talking about?

But I would suggest that it’s not quite right so simple.

There is a little “you” that lives with perpetual anxiety and a desire to be in control, habitually seeing itself at the center of everything.  This little self has endless desires that it clammers to have met – desires typically encouraged by the world.  It instinctively wants to avoids all pain.

Sometimes this little self is referred to as the “ego.”  But that’s not exactly the right word because a strong ego is a good thing and when a little child learns the power of saying “no” what they are doing in part is building a strong ego – the capacity to speak for oneself and stand on one’s own two feet.

But possessing a strong ego isn’t the end point on the spiritual journey – though people often mistakenly think it is — which is why Jung said that thing about his patients over 30 – the longer we live – if we’re paying attention – we begin to realize that a strong ego isn’t enough. The question arises – for what purpose will my ego serve?

Deeper down beyond the little, anxious and grasping self there is another you that is often referred to as the “soul”, or the “true self.”

The world doesn’t tend to give a lot of attention to this deeper self, viewing us primarily as consumers and as such focuses on that little, shallow self.  If we’re doing what the church is intended to do, we are helping one another get in touch with this deeper self – the soul – the self that is connected to God.

When Jesus speaks of “denying yourself” he’s addressing that constantly clambering shallow self.  It has all these desires encouraged by the world and yet the strange thing is, when this little self manages to satisfy one of these desires the happiness is fleeting at best and other desires quickly capture the little self’s attention as the new “must have” key to happiness.

Jesus is talking about choosing to say “no” to this shallow self’s attempt to define what our lives are about.

And now that other harsh part: “take up your cross.”

That sounds morbid.  But the truth is that life involves suffering.

It comes to us in a wide variety of forms.   You can try to run from it, or you can embrace it.  Running from it doesn’t work in the end.

The expression “hardening one’s heart” refers to this refusal to take up the cross of suffering that comes with love – essentially keeping us from living out the love for which we were created.

For those who want to save their life will lose it, and those who lose their life for my sake, and for the sake of the gospel, will save it.

These words make no sense at all unless we keep in mind that there are two different selves at play in each of us – the shallow, anxious, clutching self — and the deeper self we commonly call the “soul.”

Attempting to “save one’s life” is referring to the shallow self.  It’s living by the lies the world has encouraged me to set my heart on. Basically, if I can create a fortress of safety where my little self can get its desires met – I will achieve happiness.

And losing your life for the sake of Jesus and the Gospel involves saying “No” to these lies so we can say “yes” to what really matters – which is essentially love in its varied expressions.  The “Nos” we say make it possible to say “Yes” as a beloved child of God to a deeper, richer kind of life – Kingdom of God life.
For what will it profit them to gain the whole world and forfeit their life (soul)?  Indeed, what can they give in return for their life (soul)?

Which is to say that when we make a habit of living life out of that little, shallow self there is the distinct danger that we will lose our deeper self, that mystery we call the soul – the capacity to give and receive love – the capacity to feel ourselves caught up in a high and holy purpose – the great sacred adventure.

So, Lent is a season in which we give particular attention to something we ought to be attending to year around – the health of our souls.  These words of Jesus suggest that the spiritual life is about learning where to say “no” and where to say “yes” in our lives.

Finding answers to these questions is a challenge because as one spiritual writer put it, there are no “dittos” when it comes to souls.  No two souls are exactly alike because

But let me throw out a few “nos” and a few” yeses” for you to contemplate in regard to your own spiritual Journey.

Saying “no” to constantly needing the approval of others to validate your sense of worth, and “yes” to the love from God that gives you an infinite worth.

Saying “no” to talking so much, and saying “yes” to listening more and experiencing awe of the mystery of other people, the world of nature and your deeper self.

Or conversely, saying “no” to hiding your light under a bushel, and saying “yes” to claiming your own true God-given voice.

Saying “no” to the voice inside you that the world has taught you that your body is ugly, and saying “yes” to the miracle of having a body that can see and hear and feel and taste and smell all the beauty there is in this world.

Saying “no” to another voice the world has planted inside you that tells you that you need more and more of the stuff that the world defines as markers of status, and saying “yes” to generosity and traveling light.

Saying “no” to harboring resentments and bitterness, and saying “yes” to the preciousness of the life we were given to share with others.

Saying “no” to the compulsive need to be “right” and “win arguments” and “yes” to the love that binds us all together.

Saying no to the fear of failure and yes to taking risks of love and creativity trusting God will love us no matter what.

Saying “no” to worrying about being “successful”, and “yes” to the simple call to be “faithful.”

Saying “no” to the anxious need for control and safety, and “yes” to joining Jesus in the great adventure of witnessing to the Kingdom of God where all are loved breaking into this world, right here, right now.

Saying “no” to the crippling fear of death and “yes” to life lived abundantly trusting in the resurrection power of God.