We have not arrived; nonetheless God is birthing us 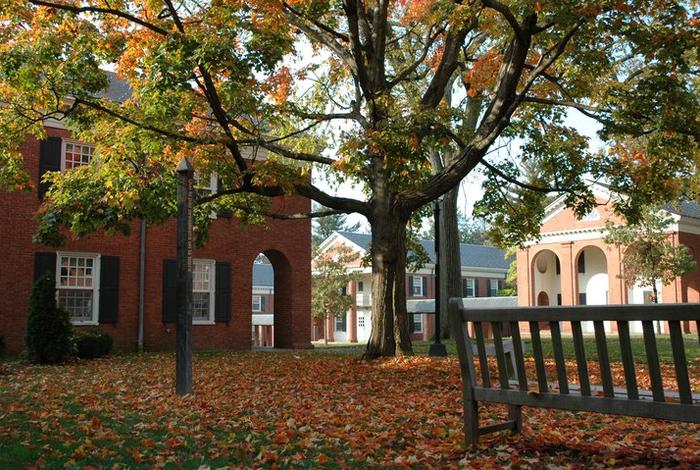 A memory came to me this week as I reflected on this passage.

It is the first days of September, 1978.  I am sitting with my childhood friend David Turner in his dorm room at the prestigious seminary where we have just arrived to begin the first of three years as students there.  The window is open on a beautiful, early Autumn day.  Outside students wander about on the grassy, tree lined quad that is surrounded by impressive, historic buildings. We are in the midst of a community that is led by the most learned scholars of Christianity, people who presumably know truth, know God.

We are unpacked and settled in but classes have not yet started so we have a sense of ease that allows us to take a moment to marvel together over our good fortune to be where we are. Surely God is in this place, and we will have the opportunity to become intimately acquainted with God’s presence.  I don’t think we used the word at the time, but the feeling we shared was this wonder about having “arrived.”  We had “arrived.”

That memory came to mind when I heard the disciples marvel at the impressive beauty of the Temple in Jerusalem.  “Look, Teacher, what large stones and what large buildings!”  The disciples were from the boonies of the Galilee where one never had opportunity to gaze upon such architectural splendor.

They had hitched their wagon to what they were confident was the right teacher, Jesus of Nazareth. And although he has warned them on a couple of occasions that things would not go well when they arrived in Jerusalem – that he would in fact be killed – in the euphoria of the enthusiastic reception Jesus has received in Jerusalem by the crowds gathered for the Passover Festival – they have managed to put these warnings out of mind.

Surely, Jesus is the messiah so in short order the grandeur of the Temple and the authority that goes with it would be turned over to Jesus and the corrupt religious authorities and the Roman invaders will all be cast off.

And they would be at his side to witness the arrival of the kingdom of God.  The feeling, I suspect for the disciples was of having “arrived.”

To their dismay Jesus immediately began to throw cold water on this notion.

The first thing he said was that all these stones they were so impressed with that made up the Temple would at some point in the future come crashing down.

Jesus proceeds to indicate that there was still a fair amount of human history to be lived before the kingdom would come:  False teachers would come in his name, he said who will tell you the kingdom is arriving.  Don’t believe them. Things will get really bad – everything seemingly falling apart. There will be wars and there will be earthquakes. \

That Autumn day way back in seminary I had barely lived a third of the life I have now lived, and looking back the memory stands out for the naivete David and I shared.  We hadn’t “arrived.”  The three years we would spend there would not turn out to be the bliss we imagined. It was filled with a good deal of struggle.

In part this was because our expectations were too high.  There simply is no place here on earth where we can truly say we have “arrived” in the sense of having entered the Kingdom of God.  God is not something to possess by reading the right books and listening to the lectures of the right professors.

Reading the Gospels though you can understand how the disciples would have reason to think they had arrived.   From the beginning of his ministry – when Jesus had first called the disciples to follow him – his message had been, “Now is the time, turn around!  The kingdom of God is at hand!”

The implication was the kingdom is so close they could catch glimpses of it even now if they paid attention.  And surely the disciples had seen it breaking into this world as they witnessed Jesus heal the sick and feed the hungry masses.

But just a couple of days after the disciples admired those beautiful stones, their beloved Jesus would be hanging on a cross with them having fled in terror and shame.

No, they hadn’t arrived after all.

At the end of our reading, after mentioning the bad stuff that will go down, Jesus evokes a striking image:  “This is but the beginning of the birth pangs.”

Strangely, in spite of appearances to the contrary, God is in the process of birthing something altogether wonderful:  that mystery Jesus called the “kingdom of God,” what the apostle Paul elsewhere called “the new creation” towards which to whole universe has been suffering the pains of childbirth.

Our lives and history itself truly are heading somewhere that is very, very good.

But the thing about birth is that as much as we celebrate it, as any birth mother can tell you who has gone through the contractions that bring forth a baby — there is no physical pain worse than the pain of giving birth – a fact to which we men should count ourselves fortunate to avoid.

No, giving birth isn’t easy for a mother, nor is it easy for the baby being birthed who invariably arriving screaming its heads off.

Birth and death have a lot in common.  Both are hard.  Our instinct is to clutch and hold onto what is familiar, whether it be the comfortable womb of our mothers or the familiar contours of our present lives.  The letting go required in both can seem pretty much next to impossible.

But what lies at the far end of both is absolutely wonderful, as generally every mother gazing into the eyes of her new born infant can testify to, as well as the many people who have been given a glimpse of what lies on the far side of death.

Back in seminary I’m sure I caught a few glimpses of the Kingdom of God, but I suspect I could have caught a whole lot more except for the truth of that old saying, “wherever you go, you take yourself with you.”

There was — and remains to this day — much within me that I need to let go of, much that needs to die in order that I might be reborn and become what God has always intended me to become.

There is much within me that blocks my capacity to give myself freely and fully in love – much that keeps me blind to the grace that abounds in my life in spite of all that is wrong with this world.

Although life’s journey is never a straight one but rather is full of twists and turns, peaks and valleys for the most part I trust that over the past forty plus years since that early autumn day sitting in David’s dorm room God has been in engaged in the process of birthing the true me. There are days I doubt this for sure – but gratefully I am surrounded by people – my family and my church — who love me and help me through such times, offering when needed encouragement or challenge or forgiveness.

And one of the things I see looking back is that oftentimes it was the most difficult, painful times – times when it seemed like everything was coming unhinged – that the contractions of God’s birthing of me were taking place – inviting me to let go of things I clutch to that get in the way of my capacity to love freely, to live gratefully in the present moment come what may.

This birthing of a new creation happens individually, but it also happens communally, with the same pattern of ups and downs.  To quote Martin Luther King, “The arc of the moral universe is long, but it bends toward justice.” We catch glimpses of the deeper love and justice that God intends, but the arc is long, and there are times when it seems like we’re headed in the wrong direction.  And on those occasions when we imagine we’re on the verge of arriving in short order we find out we still have a long way to go.

So I want to finish by inviting you to think of our church as a birthing center.  God uses us as mid-wives for one another.  Sometimes midwives encourage and comfort when the birth process seems unbearable, and sometimes midwives challenge us to push harder when pushing is what is needed, and sometimes they invite us to simply breathe and let go when the present contraction seems more than we can bear.

The one thing that is clear is that this journey of being birthed isn’t a journey we should try alone.  We need one another.  We need others to mid-wife us, and we need to mid-wife others.  We’re all heading home together.