When Family Drops the Ball 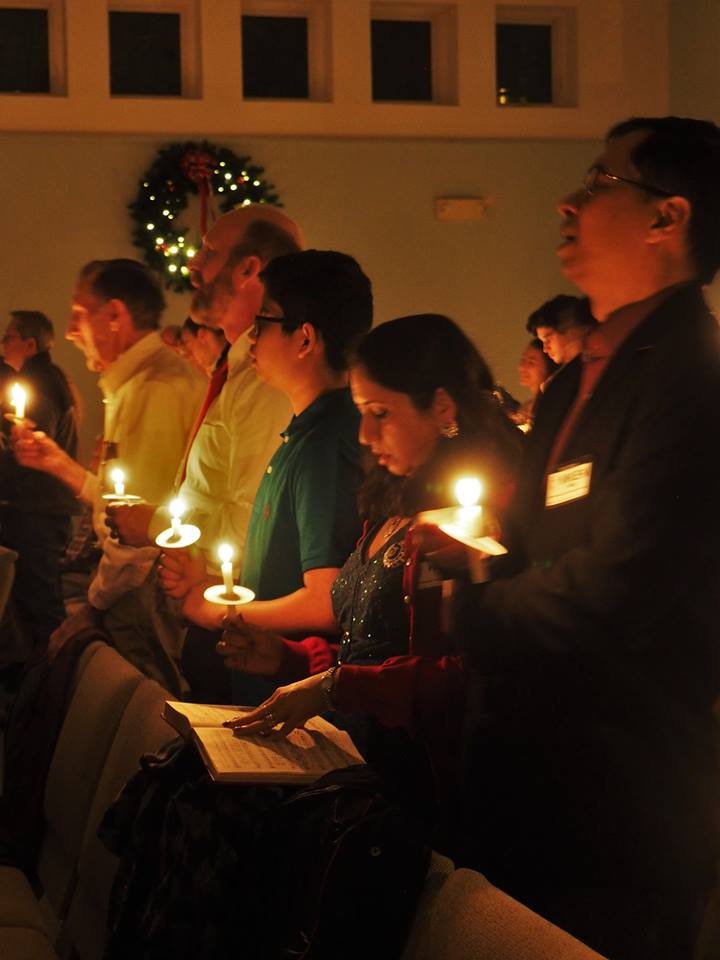 Christmas is a time in our minds deeply associated with family.  Ideally it is a time when families come together and give thanks for the love-light they share, but we know that often complex feelings arise with this coming together – some of which unfortunately are not always warm. Being a family often isn’t easy.

Nonetheless, we think of Christmas as being about family and yet at the heart of this oh-so-familiar Christmas story you just heard what we typically think of as “family” seems to have somehow dropped the ball.

The story leaves a lot unexplained and therefore we are left to speculate.

This is what we do know:  a decree was sent down by the Roman emperor that compelled every Jewish adult male to return to his ancestral home to be registered for taxation and therefore Joseph was obliged to travel back to Bethlehem from the town he now calls home – Nazareth. The trip from Nazareth to Bethlehem is a hard 80 mile trip whether by foot or by donkey.  Mary – a young teenage girl who by the traditions of the day was not yet fully his wife – made this trip with Joseph even though she was in a very late stage of her pregnancy, making the journey many times more difficult.

Which raises the first question:  Why wasn’t Mary spared the ordeal of this grueling journey with the risks it posed to both her health and that of her baby?  Why didn’t she just stay in Nazareth to be looked after by members of her extended family?

Perhaps without the constraints of caring for his late-term-pregnant fiancée Joseph could have made rapid time allowing him to be back in Nazareth within ten days.  But Mary did come along and once they got to Bethlehem – try as they may — they could find no lodgings.

Unfortunately Mary went into labor and they were forced to take refugee from the wind and cold in — of all places a barn – which is where the baby was born with their only company the animals that dwelt there.

Which begs a second question:  If Bethlehem was Joseph’s ancestral hometown, were there no relatives of Joseph’s still living there who might have taken them in?  Or, were there no other members of Joseph’s family who having also migrated to Nazareth were similarly compelled to make this journey to the place of their ancestral roots?  And if so, wouldn’t they have helped Joseph’s greatly pregnant bride find shelter, and if unable to do so, at least been there at the barn to provide comfort and support?

But there is no mention of any such family being present.

This is all very striking given they were living in a culture in which family ties were sacred and hospitality was a core value, not only to family but also to strangers in need.

So we are left to speculate how this could come to pass – how the family could have “dropped the ball” so to speak.

Were the peculiar circumstances surrounding Mary’s pregnancy – her pregnancy before their actual marriage – a pregnancy in which Joseph apparently was not the baby’s father – so scandalous that it made Mary — and Joseph with her – an object of scorn?

Was their isolation in this time of such great need an intentional rejection?  “Joseph may choose for whatever crazy reasons to embrace this adulterous woman, but we never will!  We have our principles!”

If so, this would not have been the first family — or the last – to be split apart by judgments rendered and grudges held by people who thought they were in a position to know what was going on and entitled to pass judgment.

When the author Annie Lamott turned 60 she sat down to write the handful of things she had learned with some certainty over the course of her six decades on earth.  One was about families.  “Families,” she wrote, “are hard, hard, hard no matter how cherished and astonishing they may also be.”  She made reference to “family gatherings where you suddenly feel homicidal or suicidal.”  Have you experienced any such feelings?

She invites us to contemplate that it’s a miracle than any of us is even alive.  “Earth,” she said, “is Forgiveness School.”

If this line of speculation regarding how it came to pass that Mary gave birth to the baby Jesus with only the company of Joseph and the barn animals, the gospels provide some evidence that over time some healing and reconciliation took place in their family.

Mary and Joseph eventually returned to Nazareth where their primary network of extended family continued to live and it would appear that over time they were embraced.  The scandalous baby presumably came to be adored.  Perhaps family members who might have once said, “I will never accept Mary as a part of our family!”

learned that “I will never” can be some of the most foolish words we humans speak.

Returning to the story we heard this evening, although there was no family there for Mary and Joseph when the baby Jesus was born, we are told that in short order they did have some company.  The outcast family of Mary, Joseph and the baby Jesus who could find no room in the inn were visited by poor shepherds.

There isn’t much speculation required regarding the shepherds.  We know that they were among the most outcast people in the society as a whole. They didn’t own their own land nor the sheep over which they watched.  They worked for wealthy landowners, doing the work nobody else was willing do for unlivable wages, a work that required them to sleep out at night in the fields exposed to the elements, often chilled to the bone. They often went hungry. Shepherds had a reputation for being thieves by the townspeople because people living with such poverty with children to feed will on occasion feel compelled to steal.

And the religious establishment of the day considered the poor shepherds wretched “sinners” because there was no way they could possibly keep all the religious requirements.  They were sinners who deserved their miserable lot in life.

So when the Angel of the Lord appeared to them watching their flocks by night when we are told that their first response was one of terror we can assume that this terror was connected to their having come to believe what they had been taught – which was that God hated them and had at this moment decided to obliterate them.

Their fear however turned to utter astonishment and joy as they quickly came to realize that God had chosen them of all people to first declare the good news of great joy for all people in the birth of the savior born in a barn.

And so that night the Mary, Joseph and the baby Jesus – outcast from their family – had outcast shepherds as stand-ins for family.  But not really stand-ins at all, because that is a big piece of the message of the savior born in a barn – that deep, deep down we really are all family.

And together, as one big family, our journey here on earth is to learn together how to see past our differences on the outside and embody the great love revealed in the child of Bethlehem.